When you get a rain in July or August, a lot of farmers say that it’s a ‘million dollar rain’. With the extremely wet spring that we’ve had, we also haven’t had much rain after the crops started to grow, so lately we’ve been begging for it to rain. The reason that we wanted rain was because the corn was just setting ears and with the rain, there’s a good chance that they’ll fill out full and you’ll have a good crop. Now not necessarily will we get a million dollars, but at least you’ll have a chance of making some money. It was around 4 am this morning when it started to thunder and lightning, but we only got a drizzle of rain. Only enough to get some of the farmers crabby. If it only rains a little bit, you’re probably going to be drawn into conversations like…’I’m sure it rained at least an inch north of us’. Now of course there’s no scientific proof that this really did happen and when I hear this kind of talk, I just smile and try to get the heck out of the room as soon as I can. Because I’m telling you that it’s really a no win situation. So after the first storm passed us by, another one wasn’t too far behind. And soon it was raining. Yea! We ended up getting 1 inch and 6/10. Perfect! Now the corn will have at least a chance to get some decent ears on the stalks and the hay should also come around to get a couple more cuttings. It’s funny how just one rain passing through can make such a difference in your farm life. 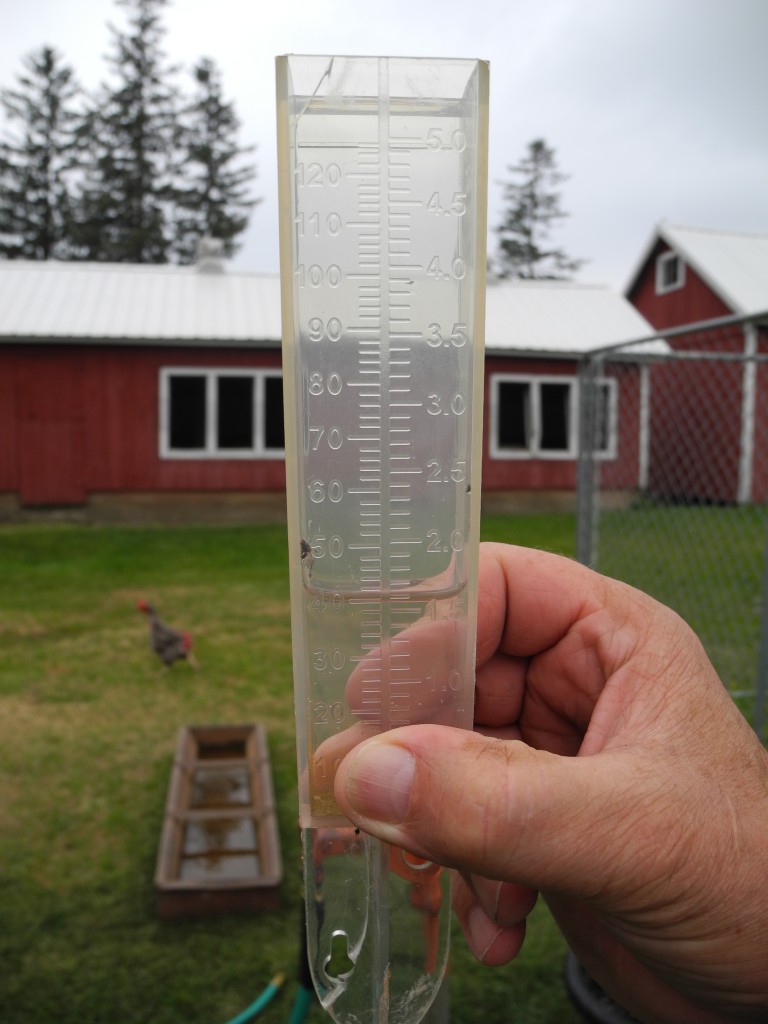