2 peas in a pod – Rosey and Valentino

I seriously have no idea what week of the COVID pandemic we are on and quite honestly I am kind of tired of even talking about it. So I decided to share a little bit about our new addition to the farm – Rosey and Valentino.  They were born a few months back and what a crazy night that was!

It was Valentines Day. Yup, when you try to make a little more effort when getting dressed and even might curl your hair before head out for the night for a good meal and some good company.

Well, there was no hair curling going on this Valentines Day! When Daryl was doing chores he noticed that Sassy was standing in the cow yard and there was a new little calf near by.  What? We didn’t think she was due yet, but nevertheless he called to the house and asked if I could help get them both in the barn. It was so cold that night that we were concerned that the poor little thing would freeze. So I quick got on my boots and headed to the barn yard. While Daryl was working on getting the calf into the barn I went to get Sassy. Now there is a good reason why she’s called Sassy and I knew it would be a challenge to try to get her to go somewhere if she didn’t want to! She was just kind of hanging out behind the new little calf which was really odd for a new mom but as I walked around her to get behind her, I noticed something in the shed. It was another calf! OK, now we need to work really fast because he was really cold and needed to be warmed and that needed to happen fast! So after a lot of coaxing, we finally got Sassy into the barn. The little calves were shivering bad and to be quite honest looked pretty tough! Seeing how cold the little calves were, we spent a lot of time rubbing them down to get their circulation moving. After the boy calf would toss his head back and his eyes would roll into his head, well I didn’t have much faith that we would have two calves to name in the morning.

But guess what? I’d like to introduce Rosey and Valentino. Rosey is a very bossy little thing and is known to push poor little Valentino around quite a bit. She’s quite a bit bigger than he is for the time being, but once he grows up a little we’ll see if she still gets away with that! They go everywhere together in the yard and their favorite spot is hanging out on top of a new bale of hay that Daryl brings for the yard.

Do you think you could find any cuter calves?

Rosey is on the right and Valetino is on the left. 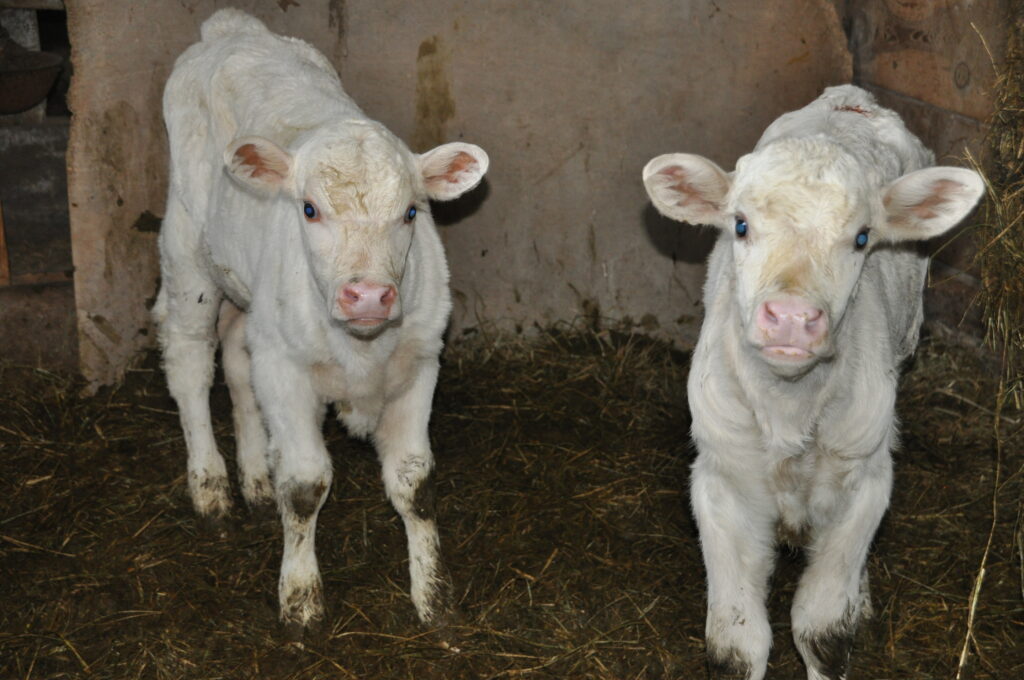 Rosey and Sassy hanging out in the barn pen with Valetino in the back of Sassy hiding.

Sassy scoping out the situation before they come out 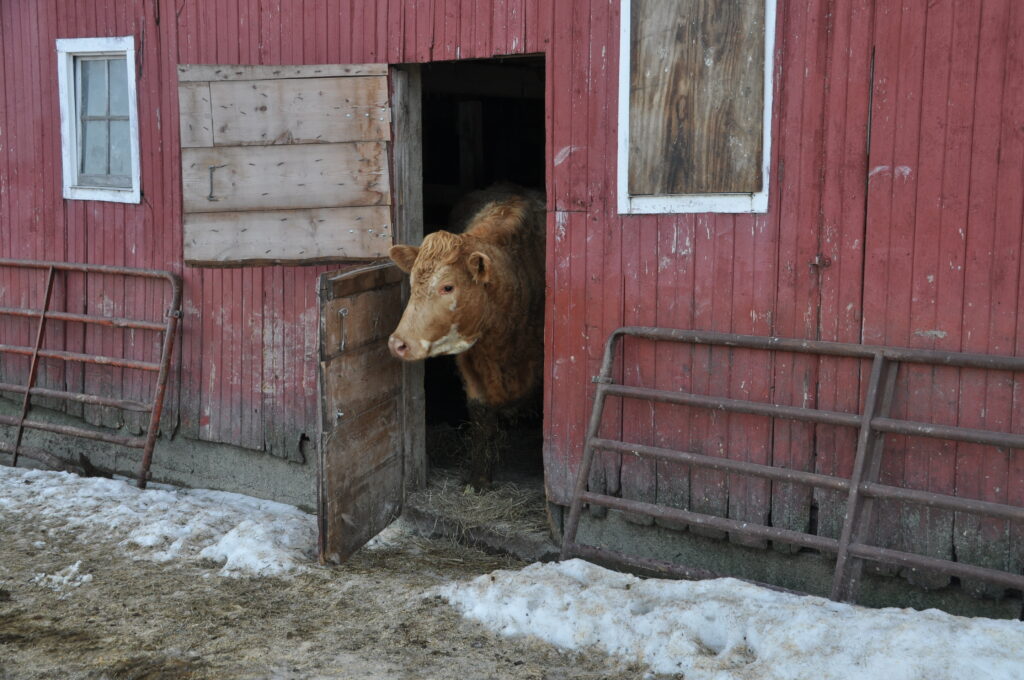 The twins need a little coaxing 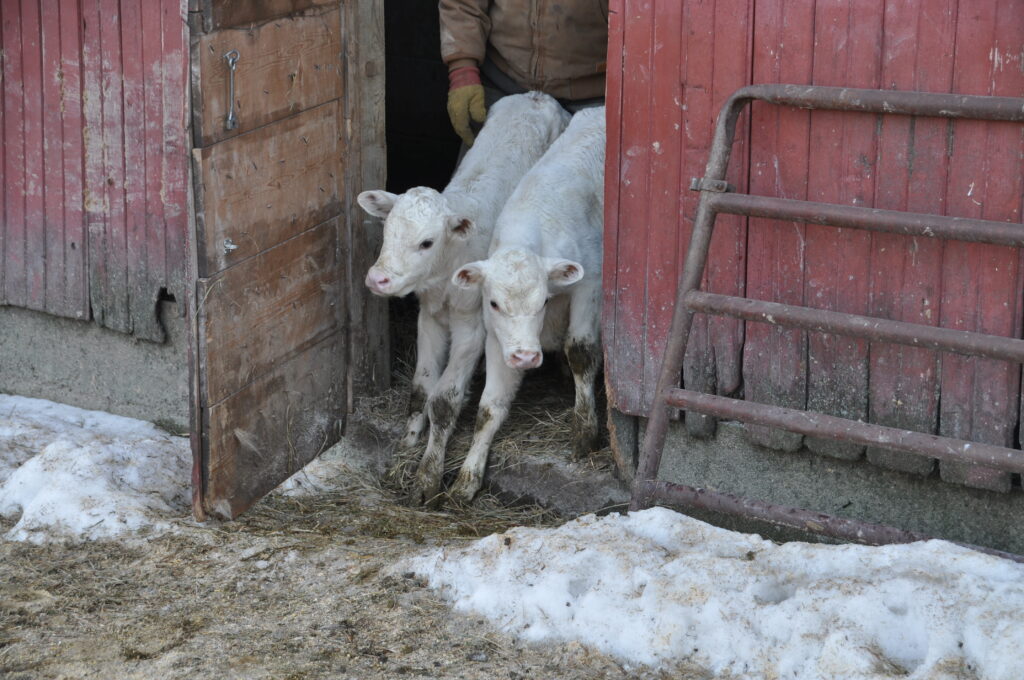 Being greeted and checked out by the others. First one at the door is No Ears of course! 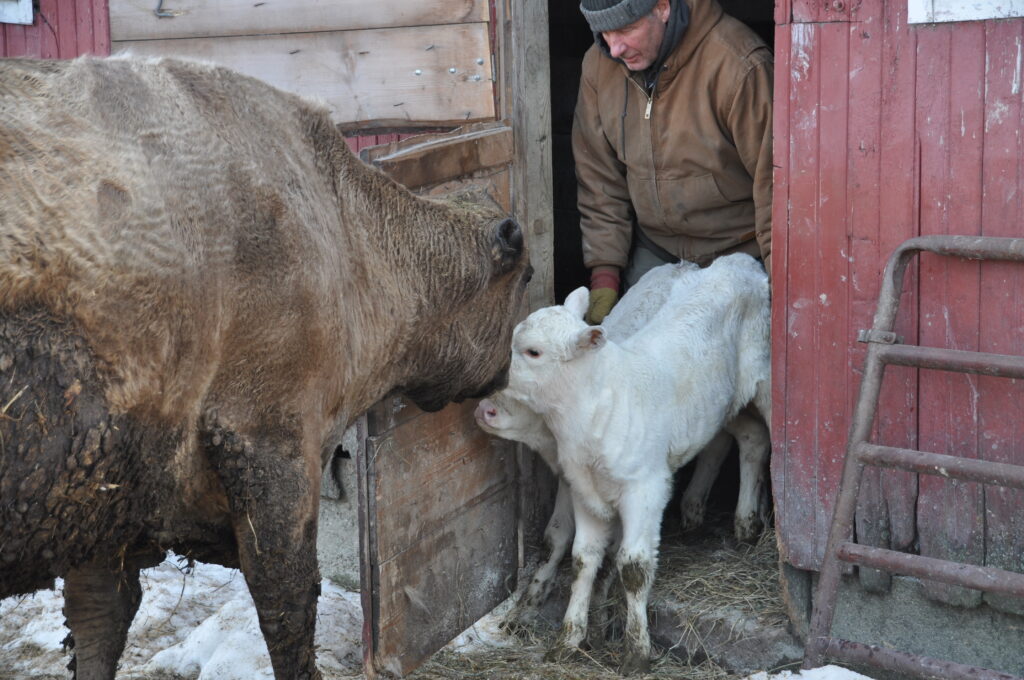 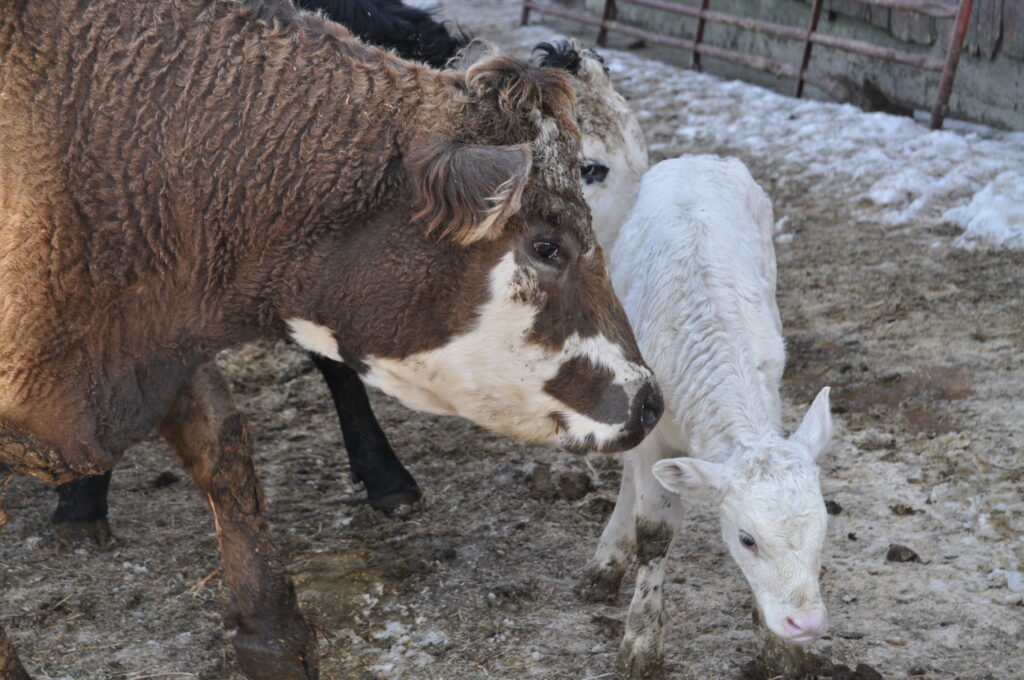 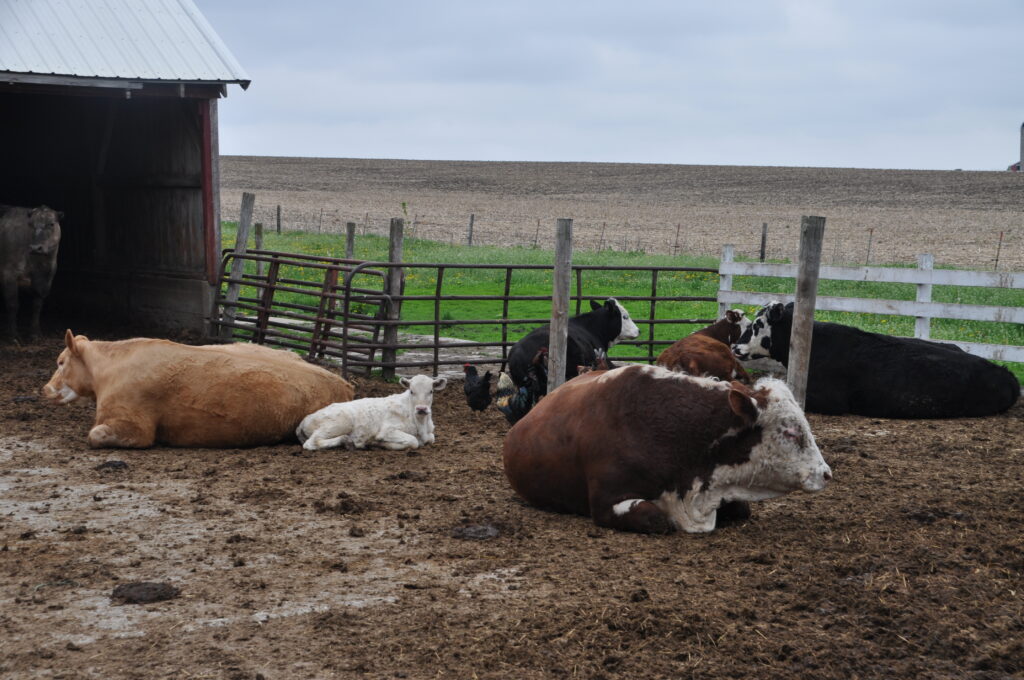 And now just hanging out with the big kids.

By the way, Valentino went to hide when I came into the yard to take this picture 🙂

1 Response to 2 peas in a pod – Rosey and Valentino