Once again another hot day. I took a picture of a corn field by us, and even though it’s not ours it still shows how bad it’s getting. Last night on the news it showed the difference between the drought of 1988 and what we’ve got for weather this year (heat and rain) and we are worse than the drought that year. According to Wikipedia on the Web, the drought of 1988 was one of the worst droughts in US history. It was a multi-year drought which began in 1988 and continued into 1989. The drought caused $60 billion in damage (between $80 billion and $120 billion for 2008 USD). OK, pretty scary stuff. There is a chance of rain tonight, and then no more rain is in the forecast for this week. I’m hoping that we can just get a little bit of rain and that should save the corn and beans just until the next front comes through. Keep your fingers crossed!

So since it was so hot outside, we spent most of the day inside. Daryl took the last couple of days off work, and caught up on some things that he wanted to do. I made another trip to Good Will (yea.. still got extra stuff in the house) and decided that I need to make another good look around to see if there is more that should go. I also made a couple of cards. One is for my nephew and it’s probably a little bit too much stuff on it. But he’s going to be 6, so I didn’t want it to be boring. The other card is for my niece. She’s expecting a baby soon and since I was in the card making mood today – I decided to get her’s made also. Now all we need is the baby. 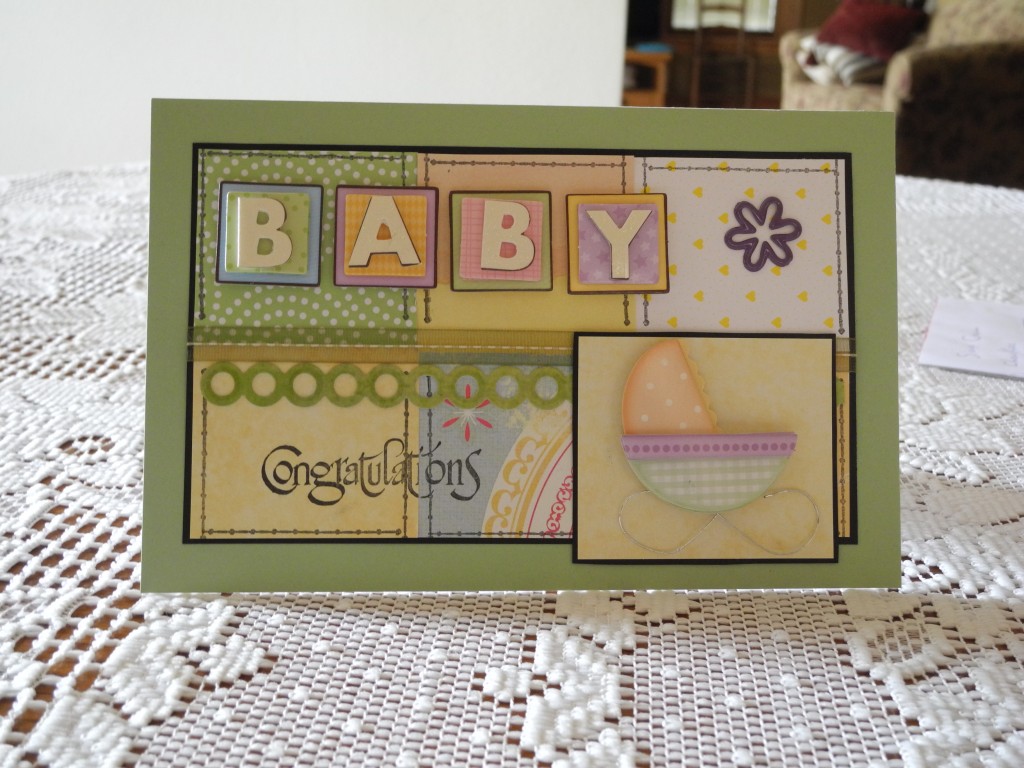 Kind of a wild birthday card

With all the heat, I was wondering why the other day that our peacocks still have their feathers. They’ve dropped them in the past as early as June, and with this heat I couldn’t believe that they didn’t start loosing them. Maybe I’m watching them more closely because I wanted to give them to my friend who is having a wedding in her family. The wedding is in the fall, so they were planning on decorating with peacock feathers as accents. But they did start loosing them today, and when I was walking around the yard I gathered up a big handful. I checked out the peacocks, and they still have a bunch more to loose -so I’ll have to make it part of my day to search in the sheds and groves for them. I did check though on the top of the mill for anymore eggs. Didn’t find any. Hopefully she’s got them in a much better and safer spot! 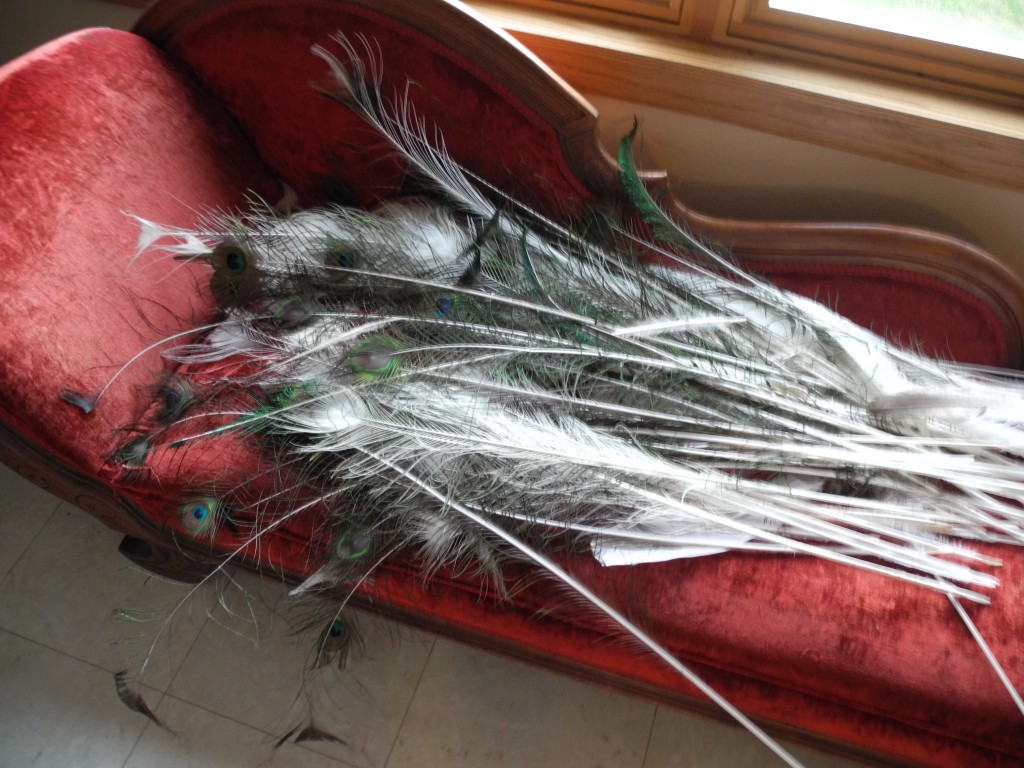 First round of peacock feathers

This entry was posted in Cards, Farm animals, Farming. Bookmark the permalink.