This past week in Iowa was almost unbearable! OK I know that this Arctic Blast has moved across all the states – but Holy Smokes was Iowa cold!

Seriously on the way to work the other day I went from air temperature – 33 to -32 and I honestly thought to myself ‘Oh Thank Goodness, it’s warming up! ‘ Now I don’t know about you, but – 32 with windchills at -53 degrees isn’t really a heat wave!

And the worst part about it was that in the midst of it all they called off all the county trucks so there was going to be no snowplows on the country roads to get the open. 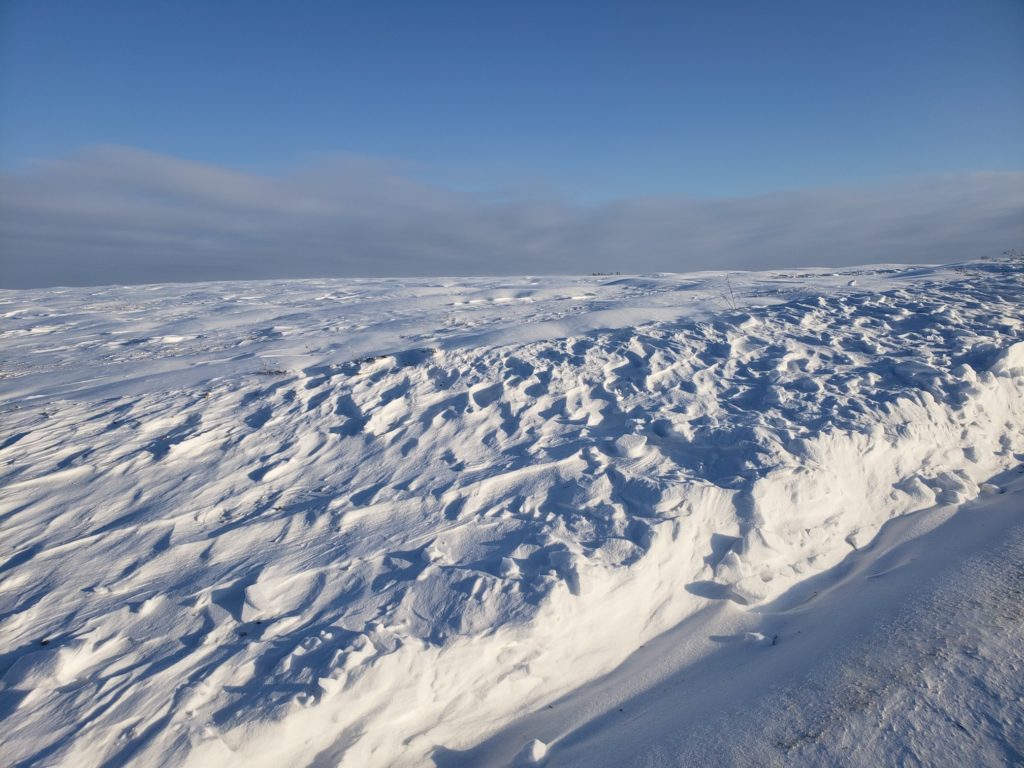 Not good! Well Daryl took the truck one morning and made a path, and then he drove me to work because we both needed the truck that day and there was no way the car was going to make it.

But the good news was that later in the day Daryl started to dig out the road from the East and our neighbor also worked on clearing the road,  and by the end of the day there was a pretty good path made. You just hoped that you weren’t going to meet someone else on the path otherwise I’m pretty sure you were going to be stuck!

This is the path to the West. Not as bad as going East, but with the ditches full it fills up the road pretty fast!

There was a lot of talk this past week of what you should and shouldn’t do with this extreme weather and the one thing was to turn your thermostat up to at least 70 degrees so your furnace wasn’t going to work so hard. OK, now this sounds like a pretty good idea! With having a large farm house, we don’t normally turn it up that high, but if we’re supposed to .. who am I to argue! And man oh man is it nice in the mornings! Normally when I get out of the shower it can be pretty cold, but lately? It’s nice! I don’t think I’ll be smiling as much once our heating bill comes for the month, so for now I’m going to just enjoy it!

So with extra bedding down for the cattle, letting our dogs come in as much as we can, and extra fuel additives to keep our gas tanks from freezing, we buckled down for the week and just tried not to have our nostrils freeze shut!

How many days until Spring? 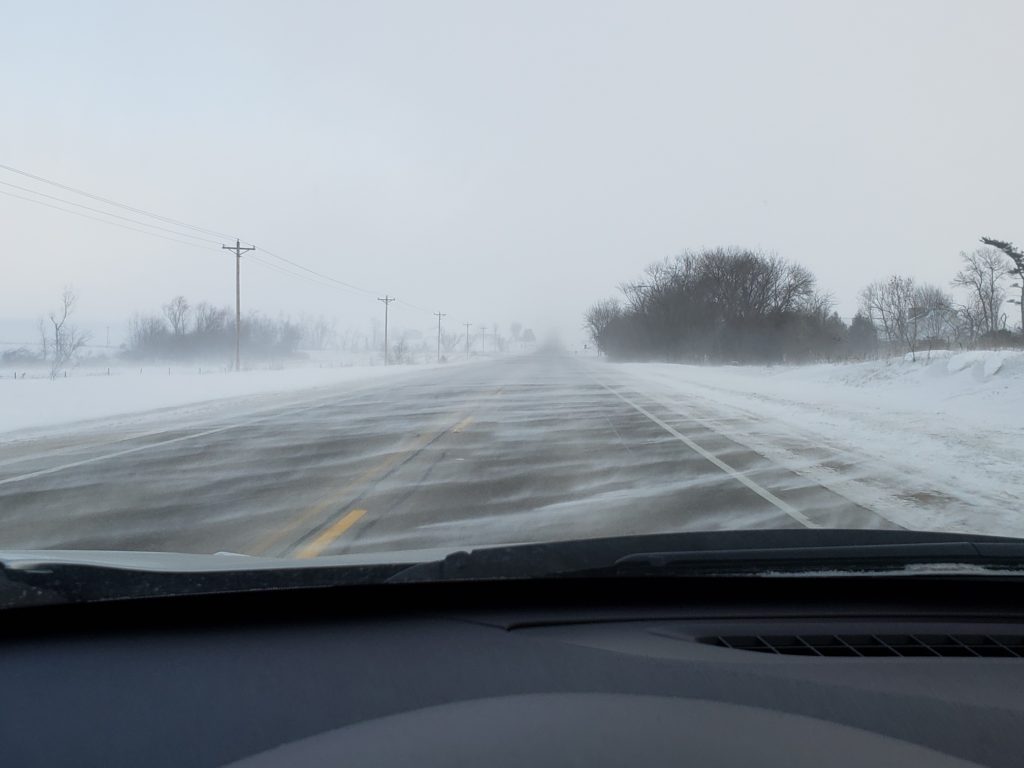