Now I’m sure you’re wondering just what in the world have I been doing this past month?

I mean I haven’t been making any soap and obviously not updating this Blog!

Well to be honest, I just wanted to take a month off and June for me seemed like the best month. I haven’t forgot about you, it’s just that June is so jam packed that doing other things seemed a little bit out of reach.

The month starts out with the crops being planted which was a challenge because the Spring has been a very wet one for sure! 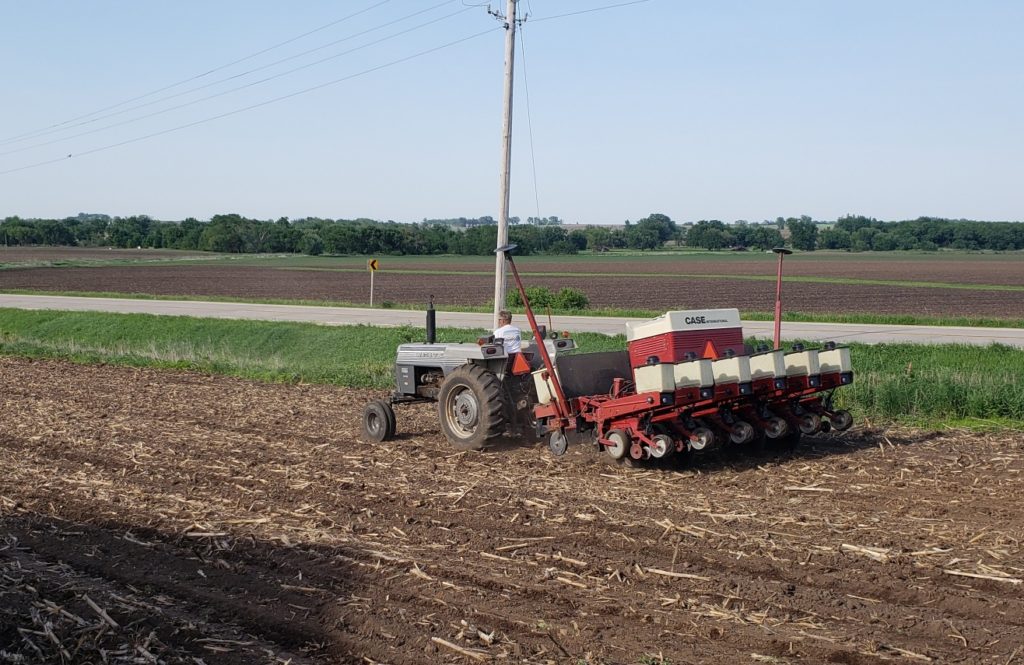 We’ve been having some ungodly storms roll through and I just keep holding my breath that the trees all stay in the ground and not end up on our house! The time that this picture below was taken was early afternoon and there is no way it should have been that dark! Kinda scary right? With the storms, they’ve also been bringing inches of rain all at a time. Once the crops were up, Daryl had a busy trying to keep the corn stalks off of them so they don’t suffocate. And after a couple of long hours in the field, he has most of the corn stalks and dirt taken the crops. 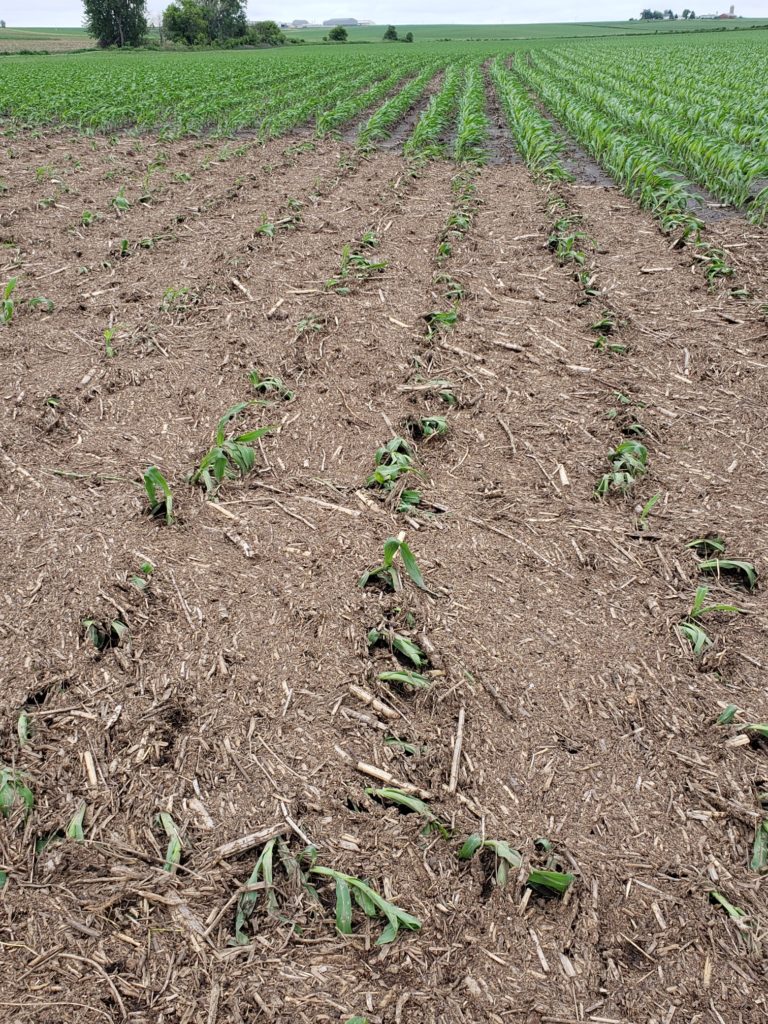 And as for my soap? Well I had a show in the first week of June and it went very well again. I’m truly humble for all my soap customers that buy from me and I am looking forward to seeing what new scents that I’ll find for the fall. 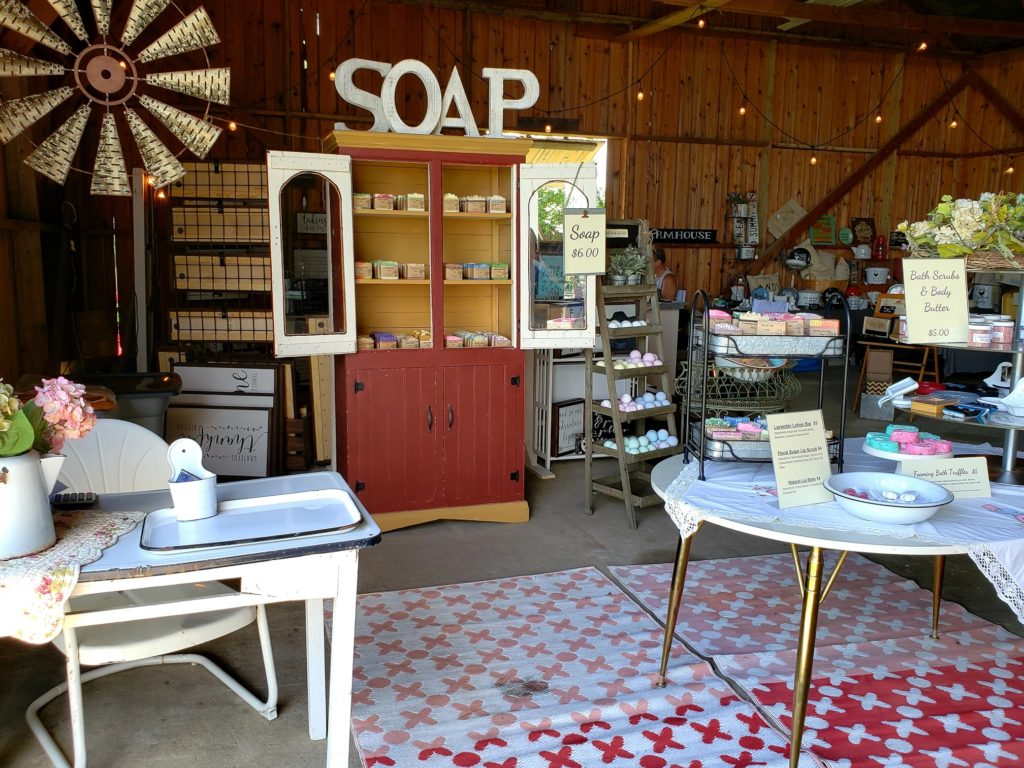 I just need to get going again for those fall shows because they will come up fast. I can tell that I haven’t made any soap lately because even I can smell the soap being stored in the laundry room when I’m in the house!

We also have our towns annual Irish Festival in June, and with around 400 people in our town everyone has to pitch in to make it successful. It’s a 3 days festival and with this being the 6th year that our town has done it, everyone pretty much knows how it works and went very smoothly. Check out these good looking kids that were around to also help. They were not only around to pitch in where needed with the Irish Fest, but also getting the farm ready for the Kuehner Fun Day. 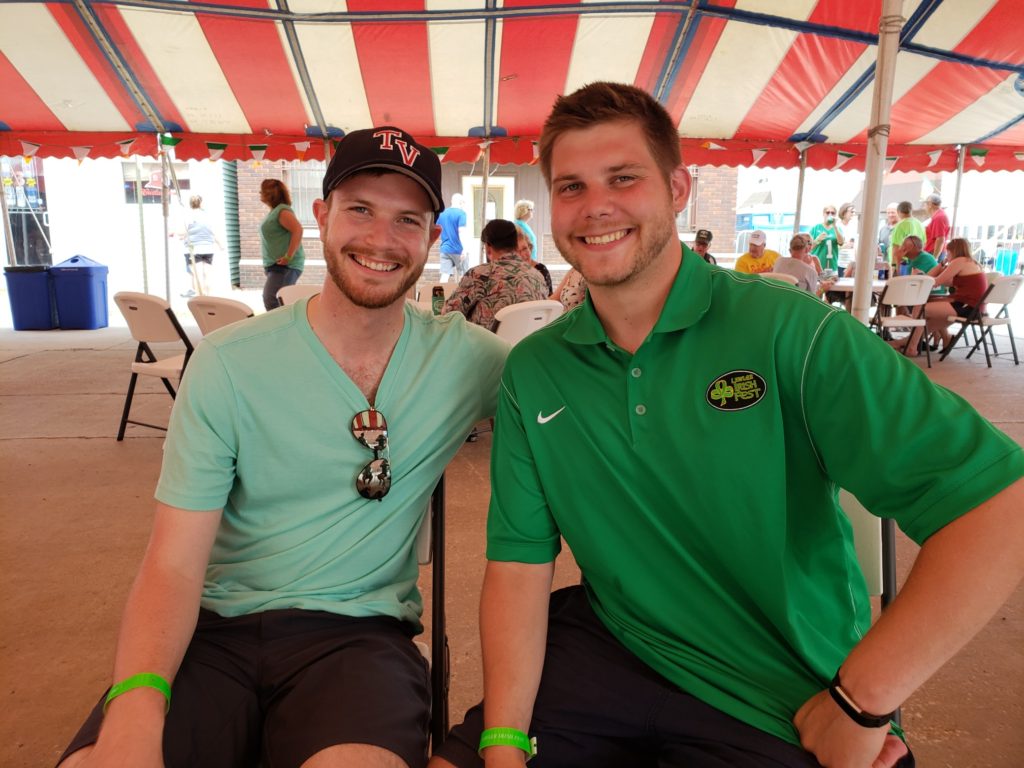 With both boys home we were able to enjoy Father’s day as a family. Because it fell on the same weekend as the towns Irish Fest, it seemed to be a little rushed this year.

I ran in two 5k’s this past month.  Now that I think of it, I’m kind of wondering just what in the world I was thinking? For the first race I literally hadn’t ran at all but I figured I’d give it a try. Good thing for me I didn’t just drop over and to be honest I wasn’t that unhappy with my time – shock!  Then the second run was one week later and I made a promise to myself that I was going to run at least 1/2 of the week to prepare. Yeah, I broke that promise and hadn’t had a chance to fit any running into my schedule. But again, not the worst time for a 5k for someone who only ran once before that race. I’m hoping to fit in a couple more 5k’s yet this summer so that I can actually get some run time in.

We went to a Prince Tribute concert this month and they were pretty good! It was just fun to head out for a date night 🙂 And what is June without having the annual Kuehner Fun Day at the farm? The farm was filled with people playing games and having just a great time with perfect weather that we had that day. No rain,  and even though it was overcast for most of the afternoon, that really helped to keep the heat down but still kept it warm enough for a water ballon fight! And not that I’m so hung up on weather, but when you’re planning for around 50 + people at your farm, you do watch the weather pretty darn close!

There seems to be kids all over the farm which is just perfect! You just never know where you’ll find kids on that day and when I heard the chickens all worked up I saw these boys in the chicken coop catching chickens. They said that they almost got one, and even found some eggs! Now I don’t know if the eggs were there before or after they started to catch the chickens. I just smiled and then I knew why I saw some of the other chickens hiding out by the other barn that afternoon.

After all the games were played and the 2018 Kuehner Champion was named, the day ended with the annual hay ride. After the ride we get together one more time for supper with the warm-ups from dinner and then everyone heads back home until the next year. 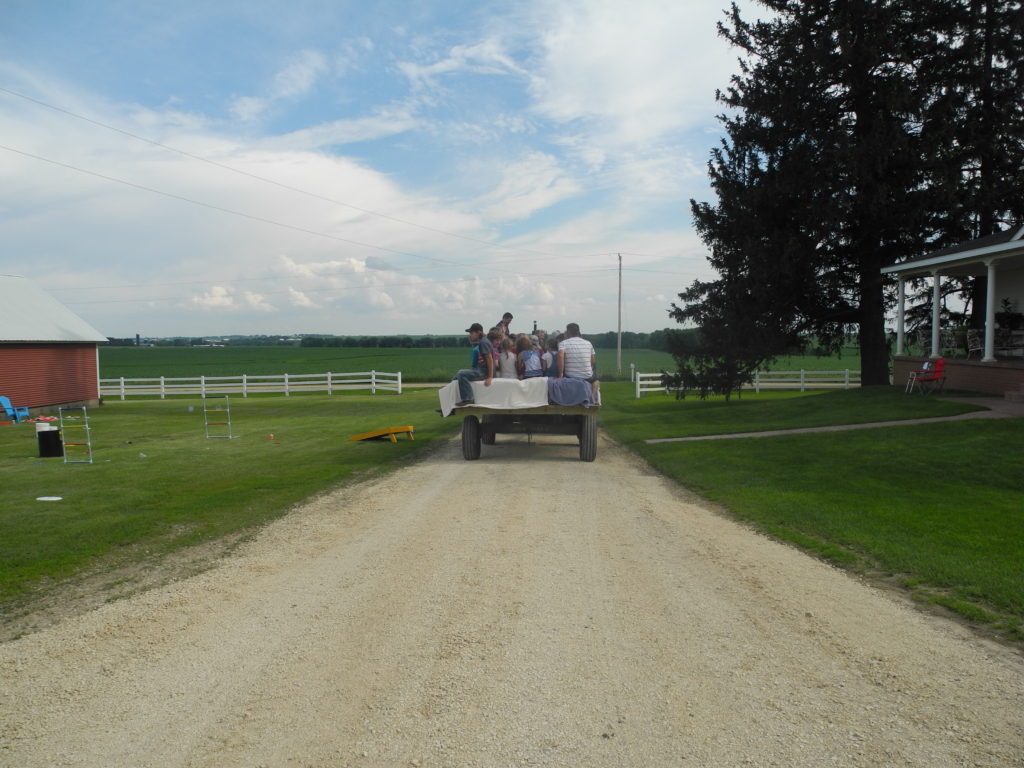 The month ended for Daryl and I with a concert in Minneapolis that we had booked back in December 2017. It was an outside concert at the ball field – Jimmy Buffett was the opener with the Eagles playing as the main band. We went with my brother and sister in law and had a totally fantastic time! 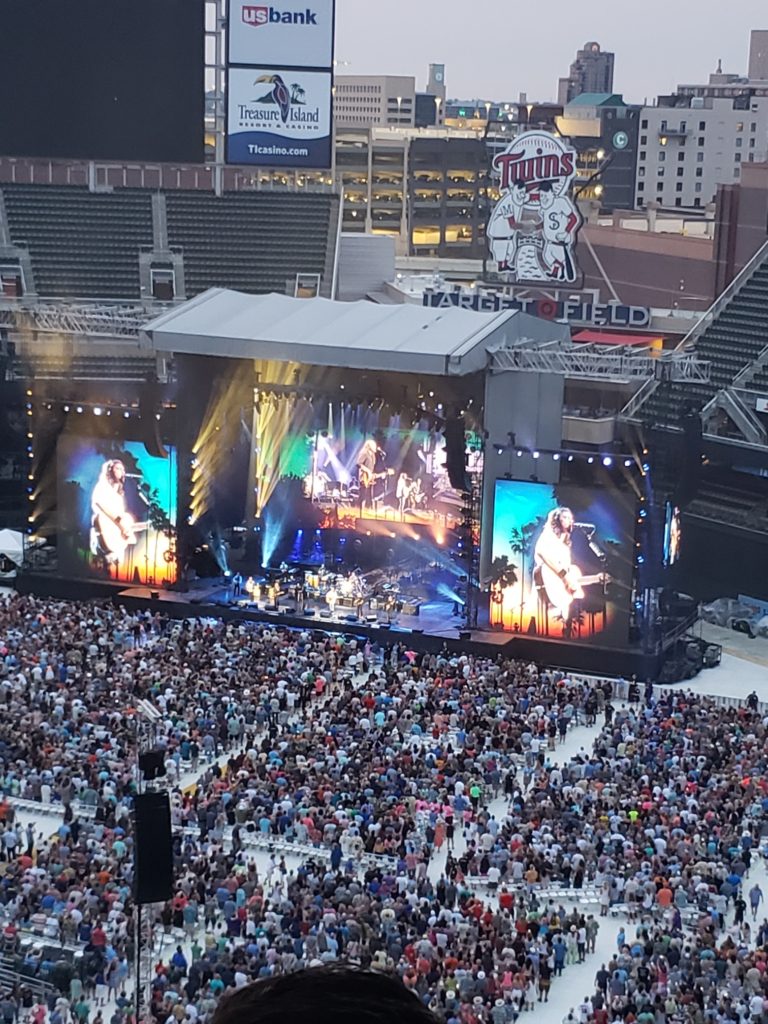 So that’s the 10 cent tour of our June. There is always lots of stuff going on and I am looking forward to see what the rest of the summer will bring!