This time of the year the farm landscapes seem to change. What I mean by that is when your so used to seeing corn and soybeans, you now are seeing empty fields 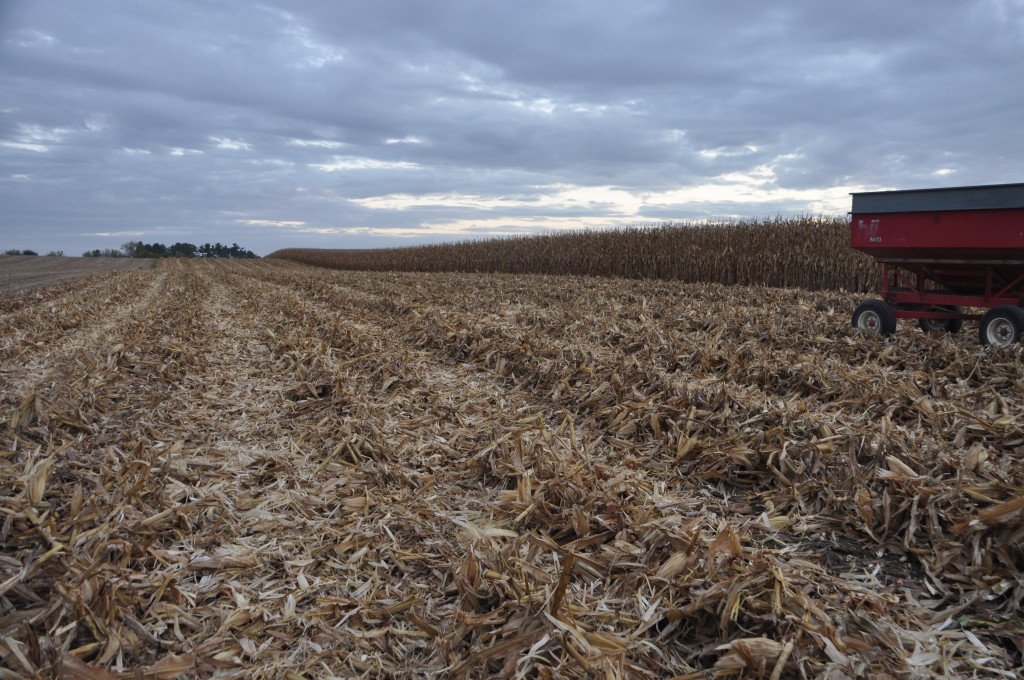 and as far as you can see there are rows and rows of corn stalk bales for the cattle.

I had a chance to hang out with Daryl tonight in the combine and even though I’m not on the small side, I still fit beside him in the cab. See our combine doesn’t have the fancy ‘buddy seats’ that the new combines have and in ours you literally have to turn sideways to fit beside the seat and then do a little hip swing and squeeze in. I may be kinda old, but I’m just saying that I still got the swing thing going and fit quite nice beside the seat.

It was fun and pretty relaxing just going up and down the rows. I can see why Daryl likes to spend the time doing this. But I’m not sure he was used to the company or all the questions that I was asking him.

Here’s a couple of pictures that I took while I was keeping Daryl company. 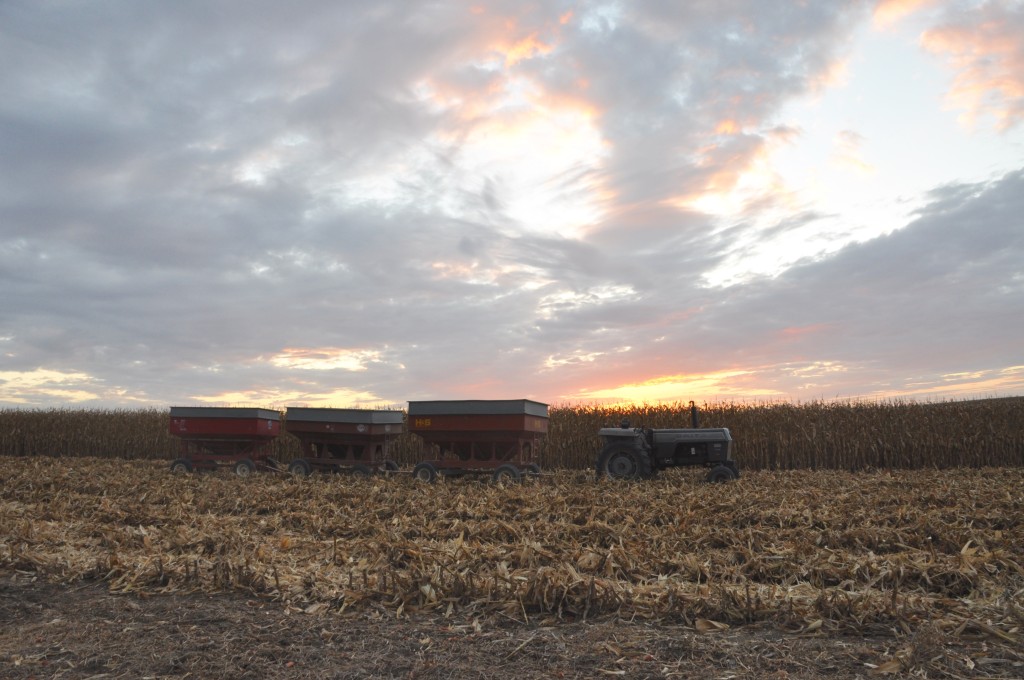 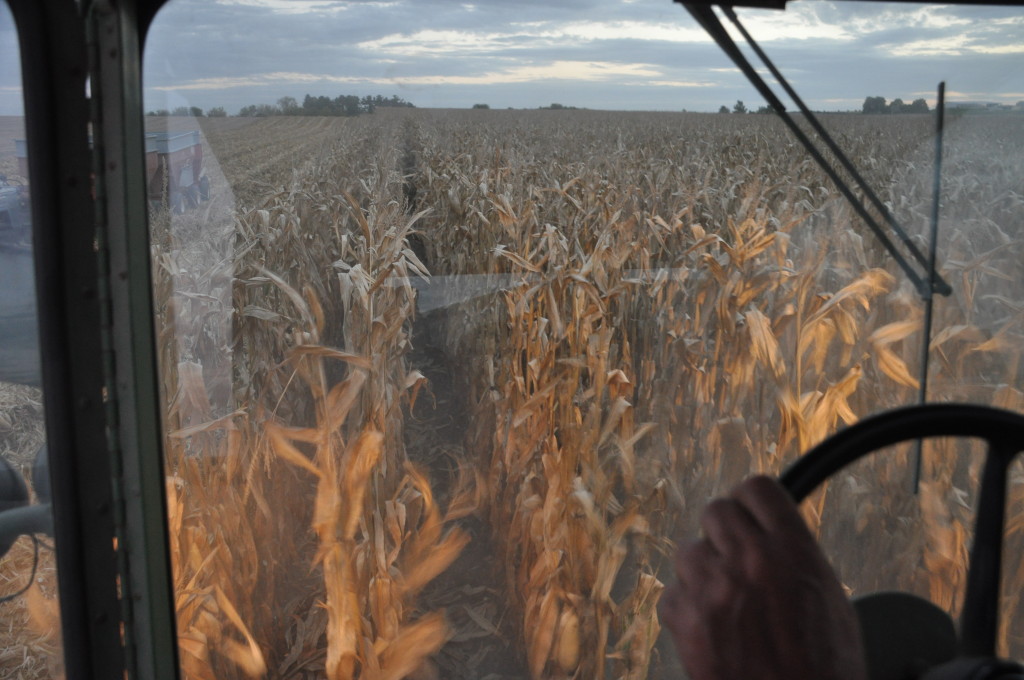 Unloading corn into the wagons 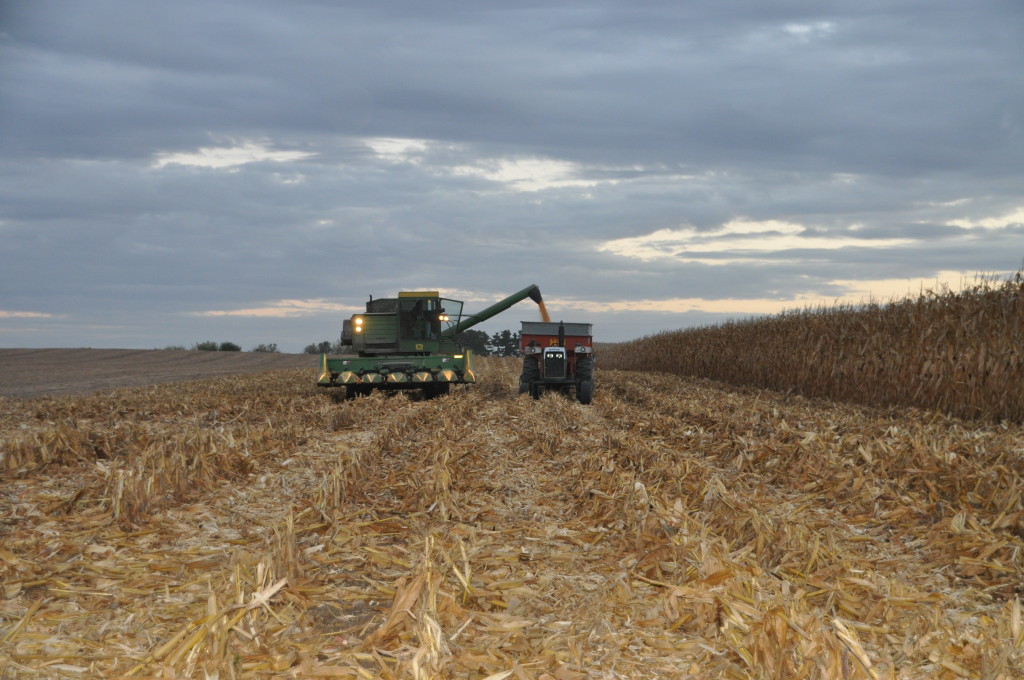 It was just starting to get dark when I met up with Daryl in the field and then just like that it turned dark! 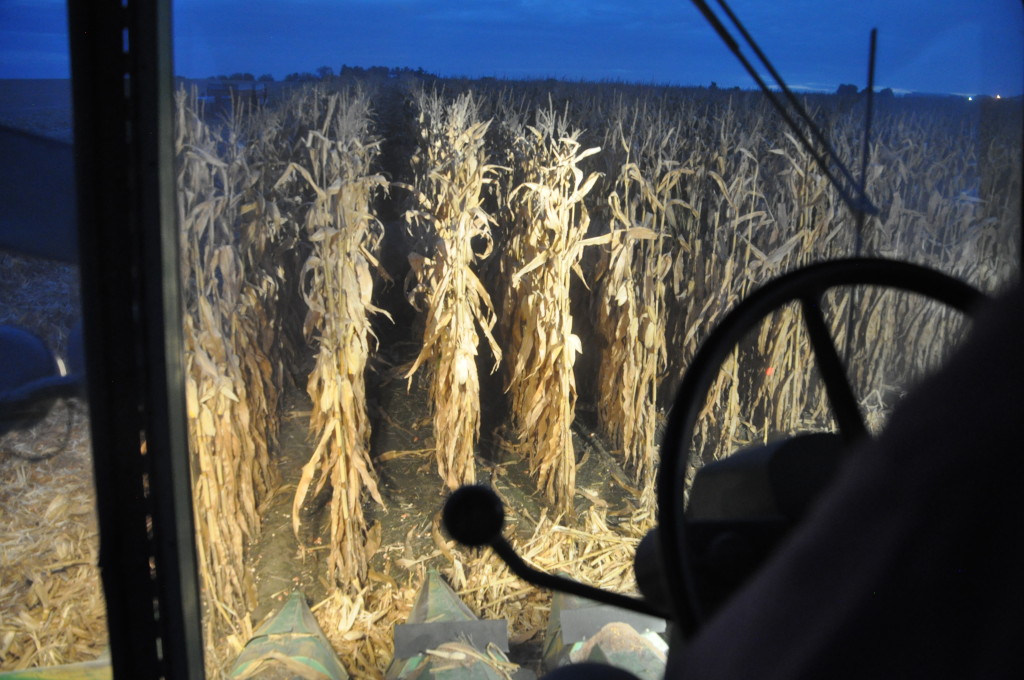 And before you knew it, the sun went away for the day 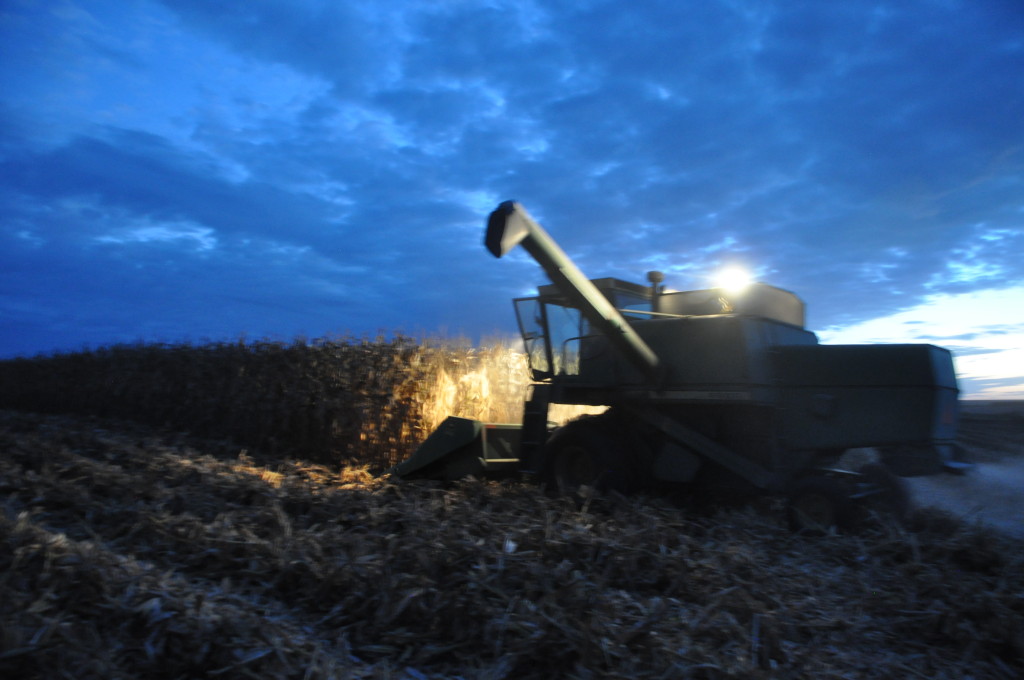 And what is my photo of the day? Well it’s not really a field picture, but more of a result of when you are out in the field. The Asian Beetles were terrible today and if you don’t know what I’m talking about when I say Asian Beetles, well then consider yourself very lucky! They are these beetles that have been purposely introduced into our agriculture to eat some other bugs or something and if you ask me it was just a terrible mistake! These beetles usually come out to your farm when the crops are taken out of the fields. And they usually hang out at your house . Now granted over the past few years they have gotten better, but today? Holy smokes they were awful! You’re hands will stink when you touch them and they will bite you if they land on you. Yea, I’m not a real fan of them can you tell? So tonight they were tons of them hanging out on our front porch which made it bad to go in and out of our house. So finally I had enough! I grabbed a bottle of peppermint essential oil and after I mixed it was some water, I started to spray the doorways, windows, and anything else that I could find. I even sprayed the flowers on our porch because there were a bunch of bugs in there too! I’m not sure if this was a good or bad thing for the flowers, but honestly at this point of the game I really didn’t care! Then after my little rampage with spraying everything, I went and grabbed a diffuser and set it up outside my door. The diffuser is like a vaporizer that I also added peppermint to. With some research I found that these bugs don’t like mum plants (which I don’t have) or clove oil (again none of this in our house) so my best bet was peppermint. And for now? Well it worked! 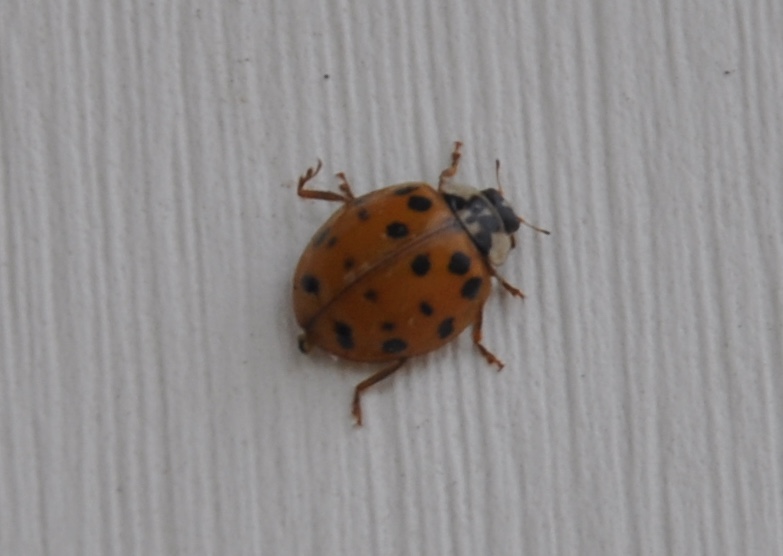