It’s that time of the year again when the fields are starting to look a little more bare. And when that happens you know that you’ll find Daryl heading over to the bin to turn on the fan! Now I’ve been around the block a couple of times to know that when you start to hear the fan running in the bin that it means that money will soon be leaving your wallet paying for all that fuel that it’s using. But guess what? I really don’t mind! For me to hear this fan heating up the corn is kind of comforting. OK weird right? But because you don’t start the fan up until the bin is full, it means that the fieldwork for combining is almost done and that things will hopefully slow down a little bit soon.
And with all that noise going outside, for some crazy reason sleep so much better. Maybe it’s because I don’t hear the dogs barking at whoever is teasing them at night, or maybe I’m just more tired in the Fall. But for whatever reason, I look forward this time of the year when you hear the switch being turned on and just for that instant it seems that the whole farm knows that it’s officially Fall! 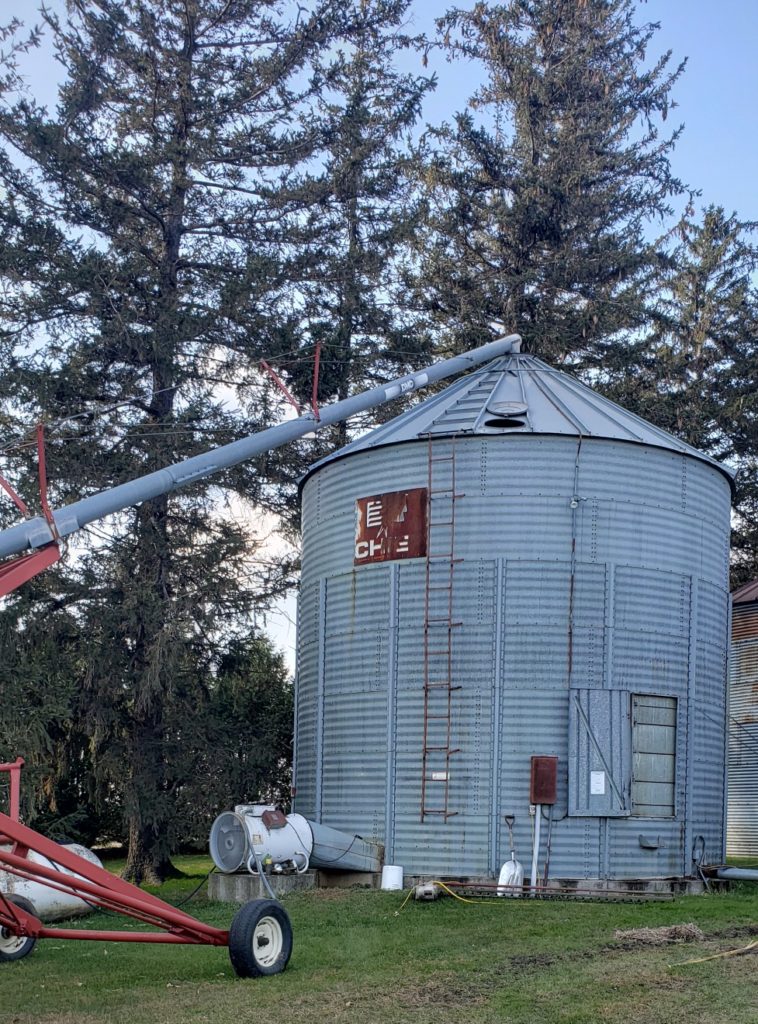