It was so great to see the monarch’s in our back yard again. It’s been a couple of years now since they literally invaded us and when they do, it’s almost indescribable!

A few years back we had the most we’ve ever had. I mean when you looked at our pine trees they looked like they were completely covered in pinecones. You almost couldn’t see any green at all on them. But when you got a closer look you saw that it wasn’t pine cones at all – it was thousands and thousands of butterflies! I even tried to take a picture of it, but it was just a big blur and you couldn’t see what it was.

It’s been awhile since we’ve had that many of them, but ever year we do see some stopping by for a night and then the next day they’re off again.

So when I was in the back yard tonight, I noticed a few of them stopping by again. Some were in the trees and some were just flying around me as I was in the yard. I heard that in Mexico in 2002 they had an extremely hard winter season that literally killed 10’s of millions of monarchs that could have been catastrophic to their existence. But fortunately with the help of a lot of groups out there, the monarchs are coming back and their population continues to grow.

But this is what I learned today, that the Mexican holiday Day of the Dead (Dia de los Muertos) also occurs when the monarchs appear. According to traditional belief, the monarchs are the souls of ancestors who are returning to Earth for their annual visit.

Whatever your belief is, we all look forward to seeing them this time of the year! 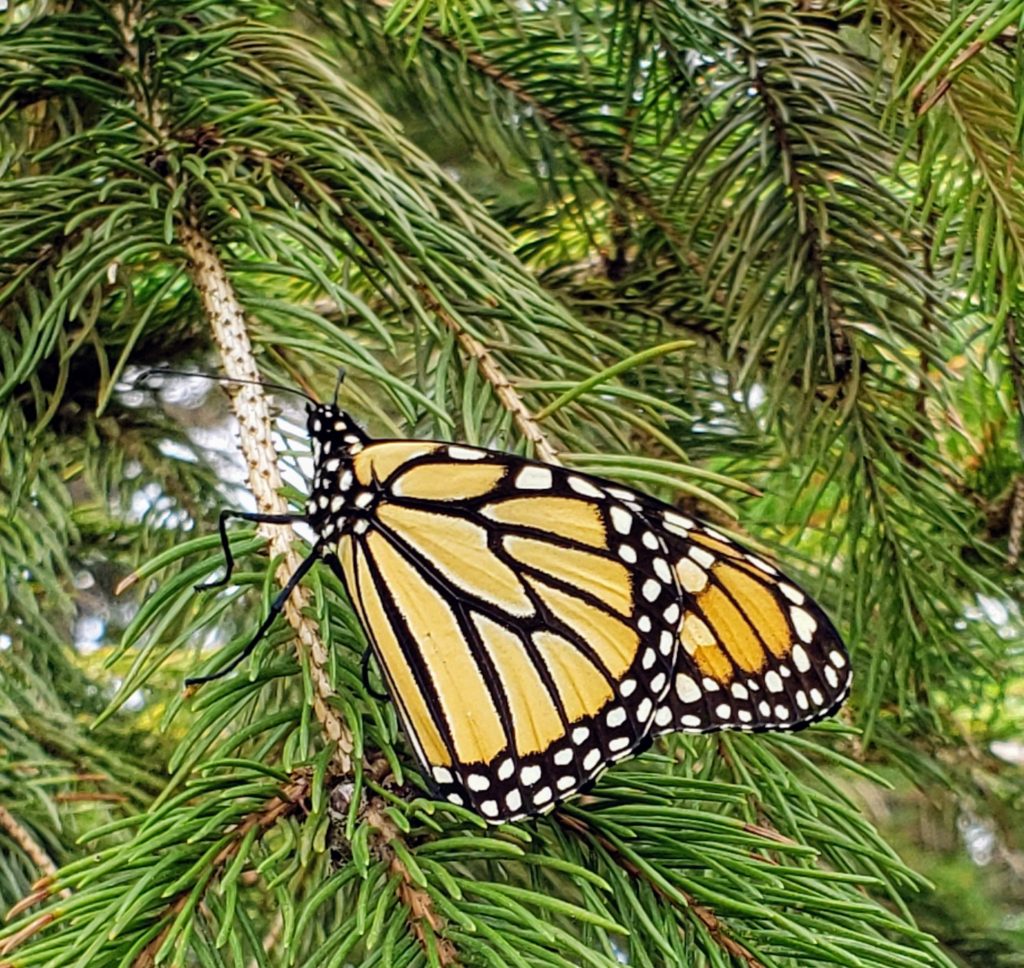 This entry was posted in Community. Bookmark the permalink.