With the risk of rainy weather again, I was determined to get some more mowing done before the bad weather came. First thing first – make sure that the rider has gas in it and is ready to go for after work tomorrow night.

So after work tonight with the tank all filled up, I was determined to get most, or dare say it – all the lawn mowed tonight?

Off I went to the front of the house with the gas pedal to the floor of the lawn mower. Now it seemed like it was just a little off when I was mowing,  and when I took a closer look at the lawn – OK something was wrong. I was kind of scalping the lawn in places where I mowed. But it was one of those situations when you have the conversation with yourself – is it really that bad? Maybe I was being too critical? I mean the consequences of having it too short will mean that I’ll spend the rest of the night with the push mower. You know that kind of a conversation right? Well I decided to keep going for a couple more rounds – who know, it might get better. At the end of a couple more rounds it was obvious, it’s not going to get better and I will need to get the push mower out.

So I’ve already wasted time with my rider and with the sun setting earlier these nights than I like, the clock was a ticking! Into the garage I go and pull out the push mower. Not my idea of what I was going to do, but like I said with the prediction of rain I needed to keep moving.

It was going OK finishing up mowing in front of the house, and to be honest it wasn’t so bad. But as the last of the sun was slipping away, I found myself just starting on the ditches. But if it rains, I’ll NEVER get them mowed. So with my head down and determination I went for it! The first pass in the East ditch made me realize that I’ll need to change my shoes for boots. It’s going to get messy before these ditches are done.

Even though the sun was gone now, with the help of our farm yard light I was able to finish this ditch up. Maybe this wasn’t going to be so bad after all.

Then I realized it was going to be bad!

With my high boots on and not much light shining on the West ditch from the yard light – I was having trouble finding where I should mow. The only thing that I had going for me was that the grass was so long, and the ditch was so wet, that I was laying some pretty good tracks! By now the water in some spots were almost as high as the deck of the lawn mower but I was committed (or probably should be committed 🙂 ). This ditch was going to be mowed tonight! Just for an instant I thought about the snakes and turtles that I’ve seen in the ditch before, but then I thought why would they be out this late? (yeah, this theory didn’t really make sense to me either – but I kept telling myself it!)

And did I get both ditches mowed? You bet! And just in time. It not only rained – but it also started to snow! Summer please come back! 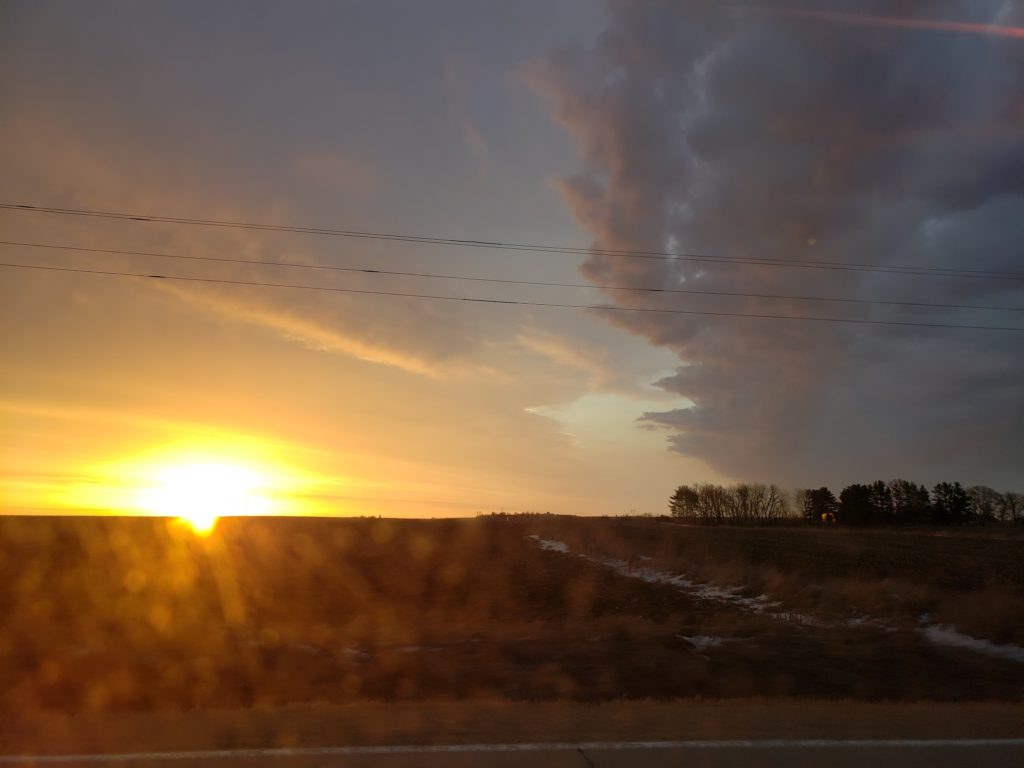