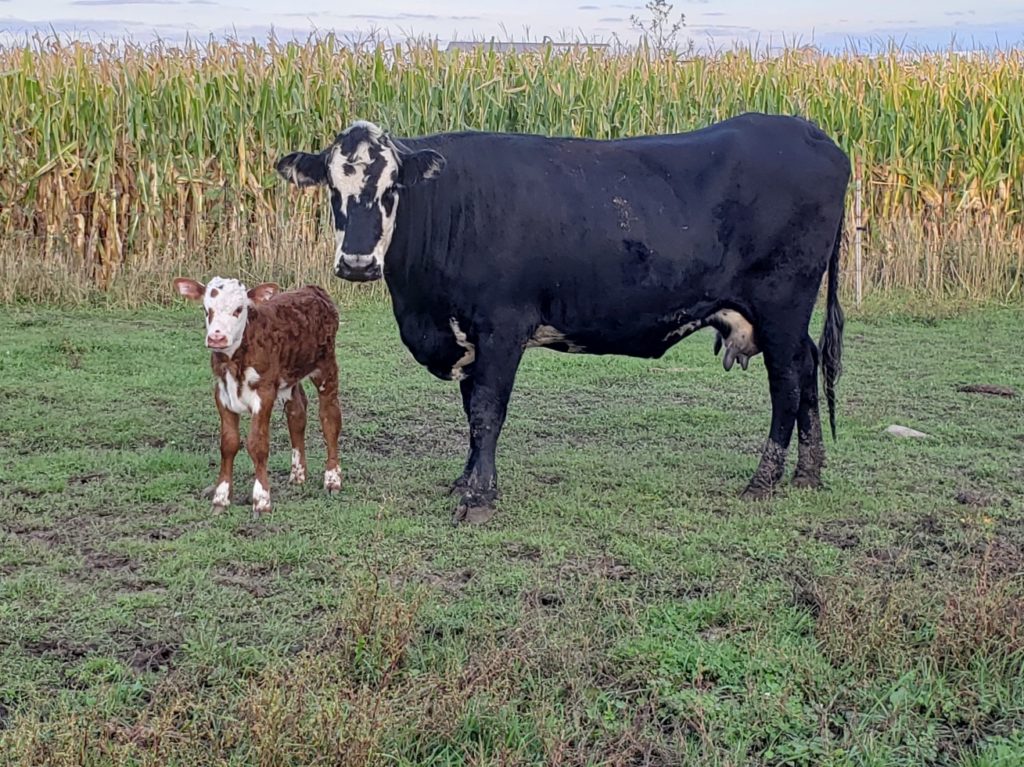 Luna finally had her baby! We’ve been waiting for sometime now and excited when all of a sudden we saw a calf in the pasture! This new little girl’s name is Liza (like Liza Minnelli the actress and singer)  She literally was only an hour or so old and she was already posing for me to take a picture. I’m thinking we’re going to get along just fine.

Liza is the darkest of all our calves so far and I must say she’s pretty darn cute! But I’m not so sure that some of the other small calves in the cow yard are sharing that same opinion!

But the big cows don’t seem to mind one bit that there’s a new calf tonight that was added to the clan. Especially Miss Scarlet. Scarlet always thinks that the hay is so much better on the other side of the bunk,  so she’s been focused on that right now. She looks like she’s stuck right? Well that’s what I thought too!  So I helped to get her head out only for her to go right back at it.

Yup, she’s on her own now! I’m going to see what Liza is doing instead.