This morning we had a great surprise! It was our first calf of the season with Luther. Now to be honest I wasn’t just so sure how Luther the bull was going to work out. I mean he was about half the size of Ed the bull and looked just pretty darn young.

Well, my predictions couldn’t have been any more wrong! Luther turned out to be a stud! Yup! A stud!  The earliest that we could have even had a calf was in mid July and that would mean that Luther would have to make ‘friends’ with one of our cows on the day that we brought him home  – and guess what ? That’s exactly what must have happened. He found a friend in Lucy.

Lucy had this huge calf this morning and with it being her first calf we were just lucky she didn’t have any troubles delivering him. He was so big that Daryl was worried that maybe he was going to get into trouble because he wasn’t walking well and seemed just a little off.

But it took only a couple of days and just like that Marty is a wild thing! He runs to the cows and then he runs out to the pasture, and then he runs back to the cows again.  Daryl even said the other day that the cows were coming home to get fed and Luther the bull was out in front of the pack leading the crew but then around the side of him Marty showed up and beat them all to the cow yard. Just too funny!

So now Scarlet is starting to bag up and that’s also good. Since Bandit died last year she honestly hasn’t been the same since. I know it sounds crazy, but she always seems just a little sad and stays away from the cows and us. Let’s hope she has a new baby soon and feels better.

In the meantime, we’re just enjoying Marty for now. Well when we can get close to him that is! 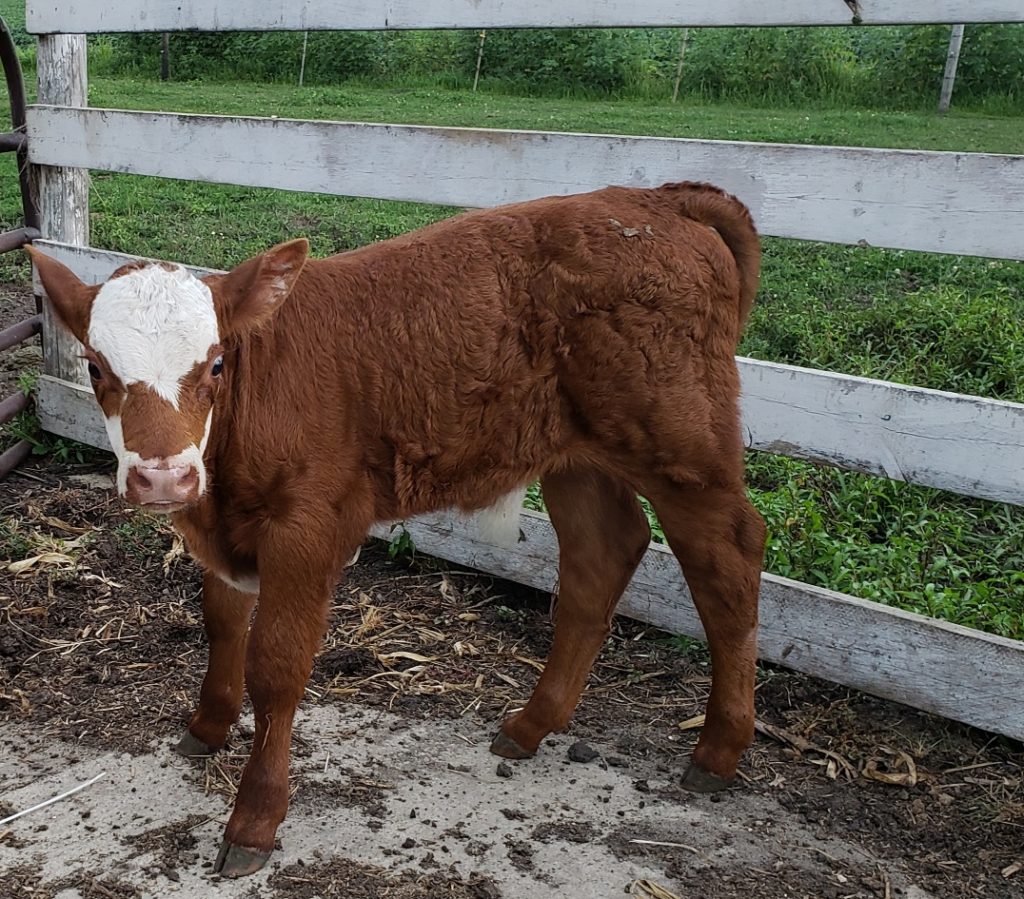 This entry was posted in Farm animals, Farming. Bookmark the permalink.