It was a typical night at the farm. It’s dark outside and when you look out the french doors in the living room you see 2 dogs staring at you just begging to come inside!

So when all of a sudden the dogs start barking and tear off running like they just ate some dynamite, well that could mean about a million things. It could mean that a rabbit just ran by, it could mean that there’s a chicken fight in the chicken coop, and it could also mean that a bird just flew above the farm.

But for tonight? Well tonight it meant that the cows were out! To be more specific some of the calves were out. 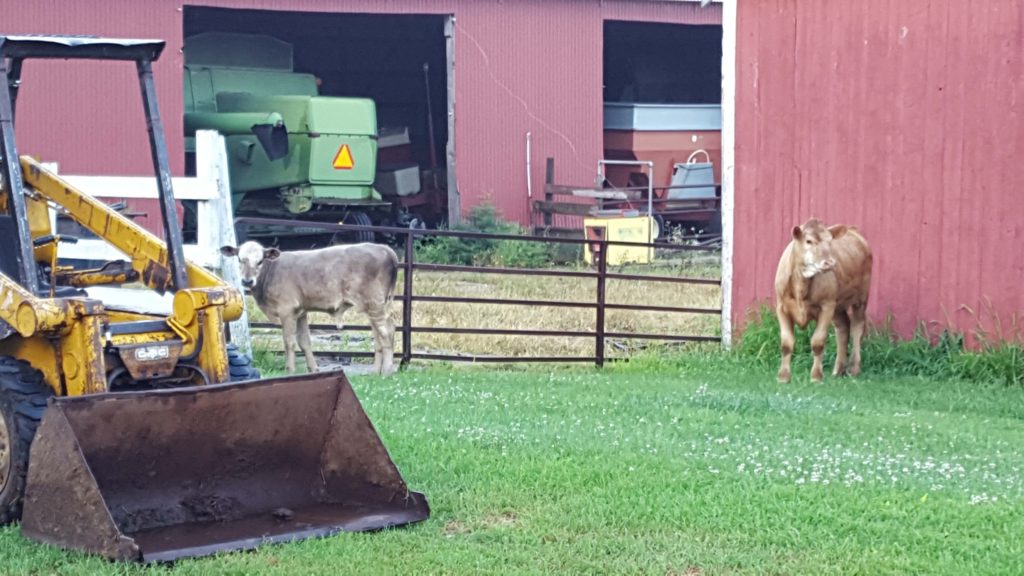 We weren’t just quite sure where they got out but back in the cow yard they went, back into the house we went, and back onto the porch the dogs went.

But it didn’t take long and then off they go again just barking like crazy.

And guess what? Yup, the calves were out again! After some more checking, Daryl found that the electric fence was grounded and that meant for tonight the calves were also grounded – to the cow yard that is. Out comes the gate to lock them in for the night and we’re hoping that the rest of the night was going to be a little quieter!

I laughed because the dogs came back to the porch but you could literally see their ears stand up just listening to hear if there was going to be any more run away cattle on the farm! Or maybe if they’re lucky more rabbits to chase!