Have you ever had one of those moments in your life when you realize that you’ve just been replaced? Now this could be for something with your kids, school or work, on some committee, or in this case it was for my friend and I it was on the golf course.

I’m sure you’re wondering just what in the world am I’m talking about … so here’s the whole story.

What happened was that it was our usual golfing date for Tuesday’s Ladies Night at the course and our quest for not cheating continues so we can golf in a tournament sometime. And with our clubs on the cart, and a cooler with cold refreshments not far away from us, we were off!

The first hole we did the best we’ve ever done but it was early so we didn’t want to get too over confident. The second hole? Not the worst so things was looking good for tonight.

The third hole? Shazam I hit it on the green (it’s only a par 3 but still that was pretty good for us!)

And as we were walking to the cart giving each other high fives and being way over vocal on just how cool we were and that we were Rock Stars – it happened!

We were on the golf cart and pulling up to the 4th hole when we saw a cart on the side of the pathway. What? Deep down we knew exactly what was going down but neither of us said a thing. Then when we got closer to the cart we said some comments under our breath but with a smile we turned to them and said Hi!

These two girls said Hi back really sweet and said for us to play through. PLAY THROUGH!!! Yup, that’s what our job was always on the course and now that we’re practicing to be ‘regular’ golfers I think we’ve just been replaced.

So we tried to convince them that we were not very good at all, but they said to trust them that they were worse and that they would just wait.

Well the only thing to do was to actually play through. Now my friend and I haven’t hit a ball when anyone was watching us before since we started playing and after the first hits we soon realized that we suddenly lost the Rock Star status. It was like we lost all our golfing brain cells and our little par 5 hole which we couldn’t cheat at but we really wanted to turned into a score of 14!!

And the funny thing was that even though it took us forever to play this hole we hadn’t seen these two girls for quite some time and  thought that they actually gave up on us and went back to the club house. But when we were on golfing on the 6th hole we did see that they were behind us, and they were just golfing a little slower than us. 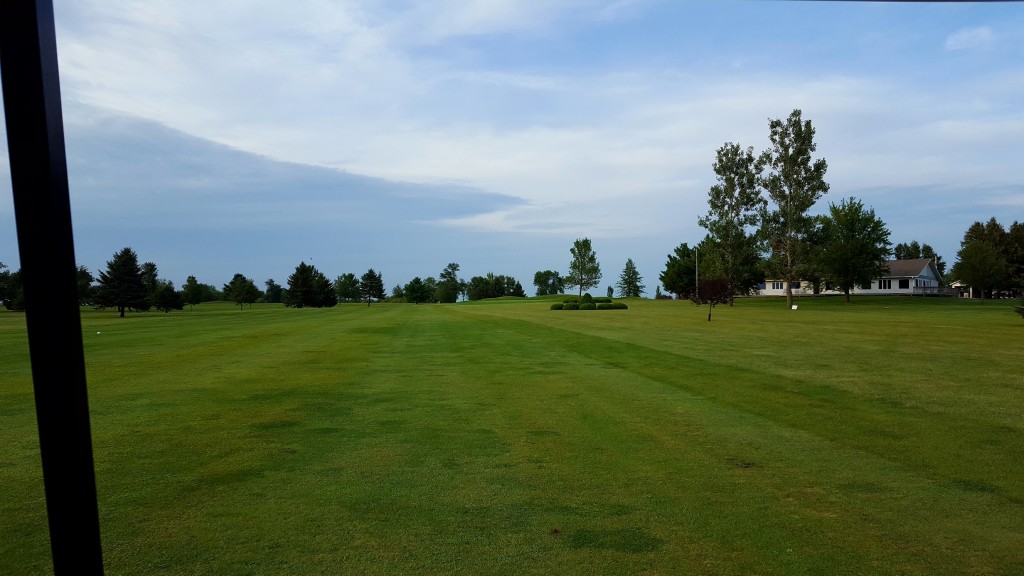 This entry was posted in Community. Bookmark the permalink.

1 Response to Being replaced