No sun in Sunday!

I really wanted to go on a full day bike ride today because I’ve got a week long bike ride coming up and well to be honest I’ve got only around 28 miles of training in so far. And if you’re thinking to yourself  – – I wonder if that’s a good amount? The answer is NO!! So I’m hoping to cram in a lot this week because I’ll be gone for about a week for work and well then it’s time for the ride.

So I got up early and Daryl was going to get chores done quick and then we were going to get on our bicycles and ride.

Well, not so much! When we were in the house getting ready, all of a sudden the outside sky got really dark and it was like a huge flying saucer was hovering over our house. In reality it was a huge cloud. I tried to get a picture of it, but with it being right over our farm it wasn’t going to happen.

So I’m posting a picture that one of my friends took of the storm that went through today. As you can see, it was pretty impressive! 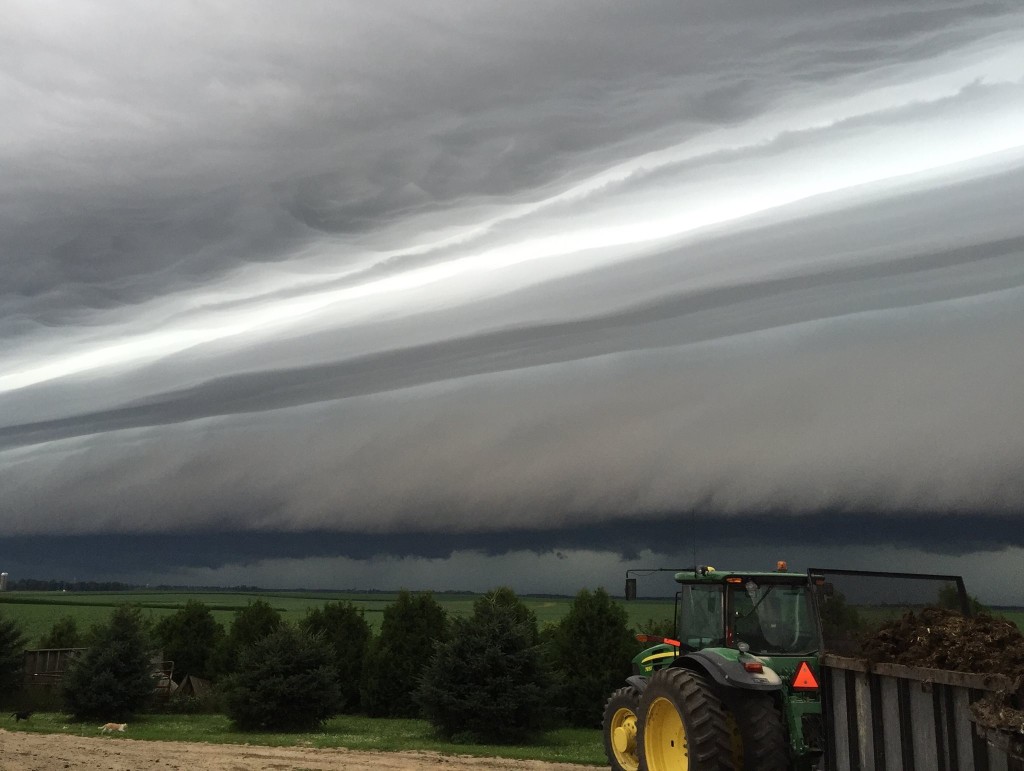 But with only rain and a lot of lightning, the cloud and storm hung around for pretty much of the day and the day was pretty gloomy.

Now there wasn’t going to be any bike riding today or even getting in a good run! And the only thing left to do was to do some laundry and make some soap! I really don’t want to get into the situation again when I run out of soap and I noticed that I’m getting a little low on the Lazy Lavender soap so that’s what was made in our farm kitchen today. Because it’s been awhile since I made any of my soaps lately – I’m telling you it was a lot of fun! It didn’t hurt that I got to use some new soap pour containers for the first time either. 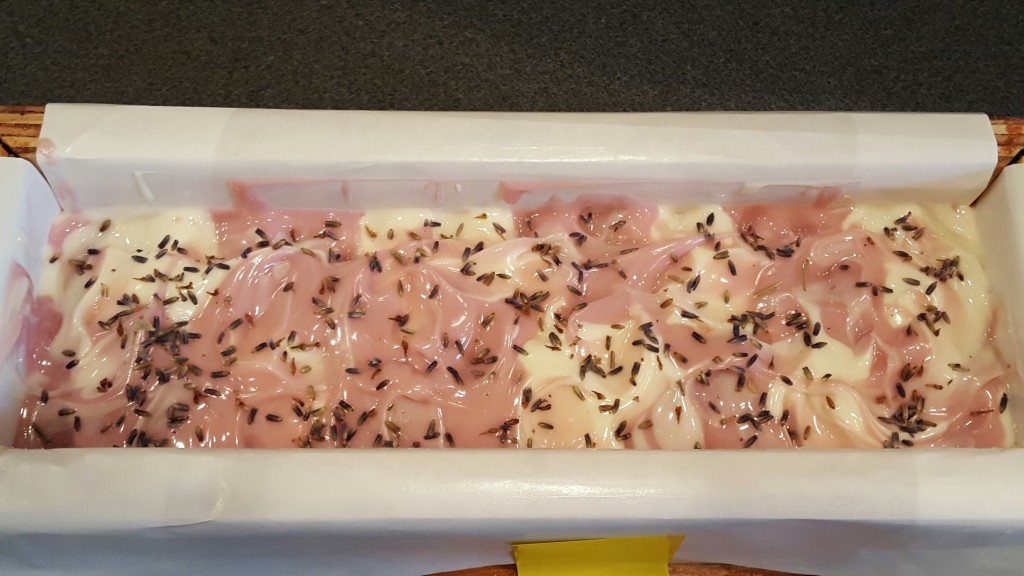 With about 4 loads of laundry done and my soap made, I decided to run and get some groceries. I’ve spent a lot of time in grocery stores in my lifetime, but I’ve never had what happened to me tonight. See I was hovering in the vegetable section and all of a sudden this terrible screeching noise started. I looked at the guys in the meat section and they were looking back at me. They seemed just as confused as I did. Then I saw the emergency lights going all over the store. OK, now we’ve either got a fire alarm going on or there is another storm brewing. Well no one was too nervous about this whole situation and they just kept calling on the PA system for Emergency to call the office. And guess what I was thinking the whole time? I was thinking – I don’t smell any smoke yet and the weather looks pretty good outside,  so I sure hope that they’ll check me out before the fire gets too bad! So I hurried and made my way to the checkout counter and they said it was a false alarm. But did that stop the firetrucks? Nope. They showed up and blocked the front entrance to the store. Next the fire chief come in looking for the Manager and all the workers got pretty focused on their work and didn’t look up. I overheard one of them say that they think that a kid pulled the alarm but they weren’t sure.

After that, things went back to normal in the store. When I got home I got the groceries unloaded, supper made, some housework done, and then the best part of the night was skyping with the kids in New York.

What a great weekend that we had again! I’m getting kind of used to these and I sure hope that we have many more before the summer is over!

And who said old milkhouses can’t be pretty?  Here is my picture of the day: 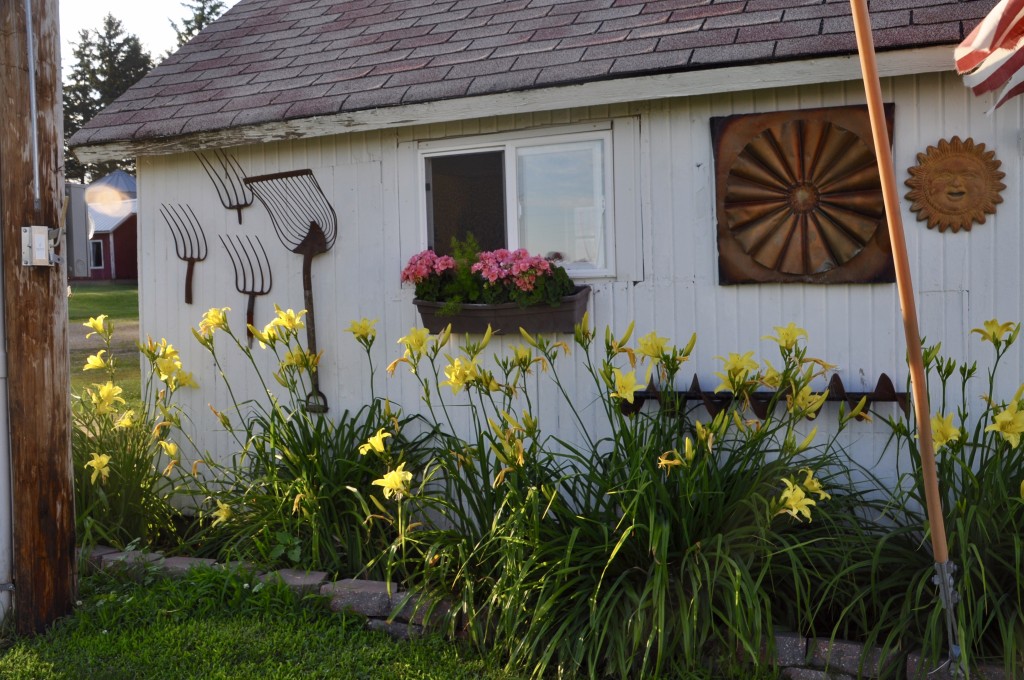 This entry was posted in Family, Picture of the day, Riding bikes, Soap. Bookmark the permalink.

1 Response to No sun in Sunday!