I got up early to do a couple of things that still needed to be done and plug in the roaster and crock pots that needed to be heated up. We weren’t sure on how the weather was going to hold out, so not only did we have some outside games ready, but we also put together some last minute inside games in case we got in a jam. The weather started out not too bad and then all of a sudden the sun came out. SCORE! Daryl kept looking and looking at the lawn and finally he made the decision to hurry up and cut some of the grass. He just couldn’t stand it being so long and then if we were going to have company. With all the rain that we’ve been having, we were only able to mow the lawn once this week and that was early in the week, so he hopped on the lawn mower …and I couldn’t believe it. He got everything mowed that wasn’t under water before anyone came. He was right that it did look much better.

So around 10:30 people started to show up. It was a noon pot luck and it didn’t take long until the two long tables and a card table just wasn’t enough space for the food. Since we were in the Roadhouse it makes it pretty easy to just grab another table. Yup, real easy. We had around 40 people for dinner and like every other potluck, you filled your plate first with the dinner food and then you went back for desserts. Man my belly was full! 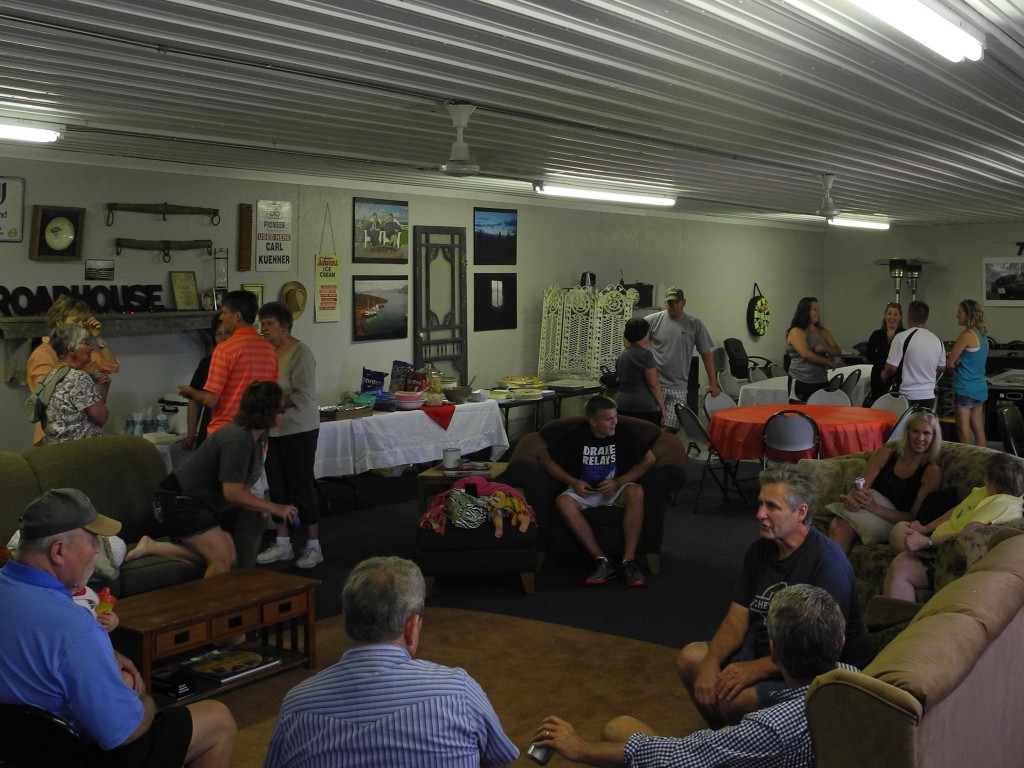 As the day went on, the baby chicks were a hit with the little kids. I moved them from the house to the tent because people were coming and going into the house and so was the cat. I think it might be devastating for one of the kids if Little Kitty came out of the house with a baby chicken’s leg sticking out of his mouth! And even though they got handled A LOT, I couldn’t believe that all of them were still living at the end of the day. With 10 little kids taking turns feeding and holding them.. I think that everyone really did a good job. 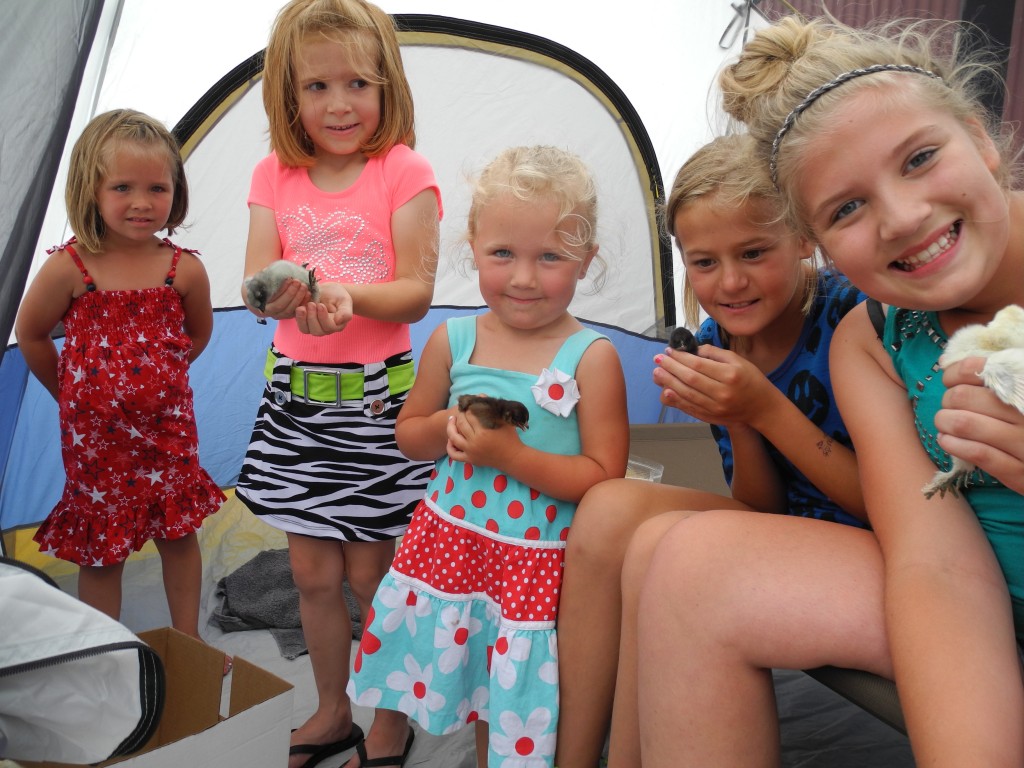 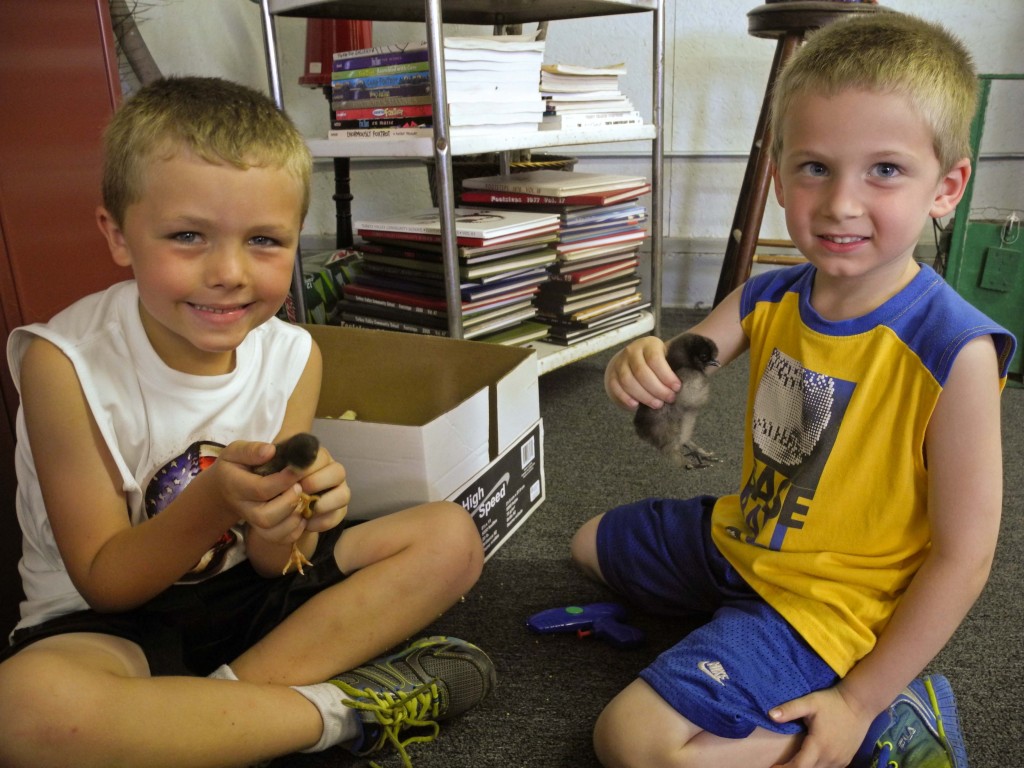 The day was spent with bean bags, frozen T-shirt contests, egg toss, farm Bingo, and other games and we even had a couple more just in case the weather got bad. But luck was on our side and the weather and the day went really good. 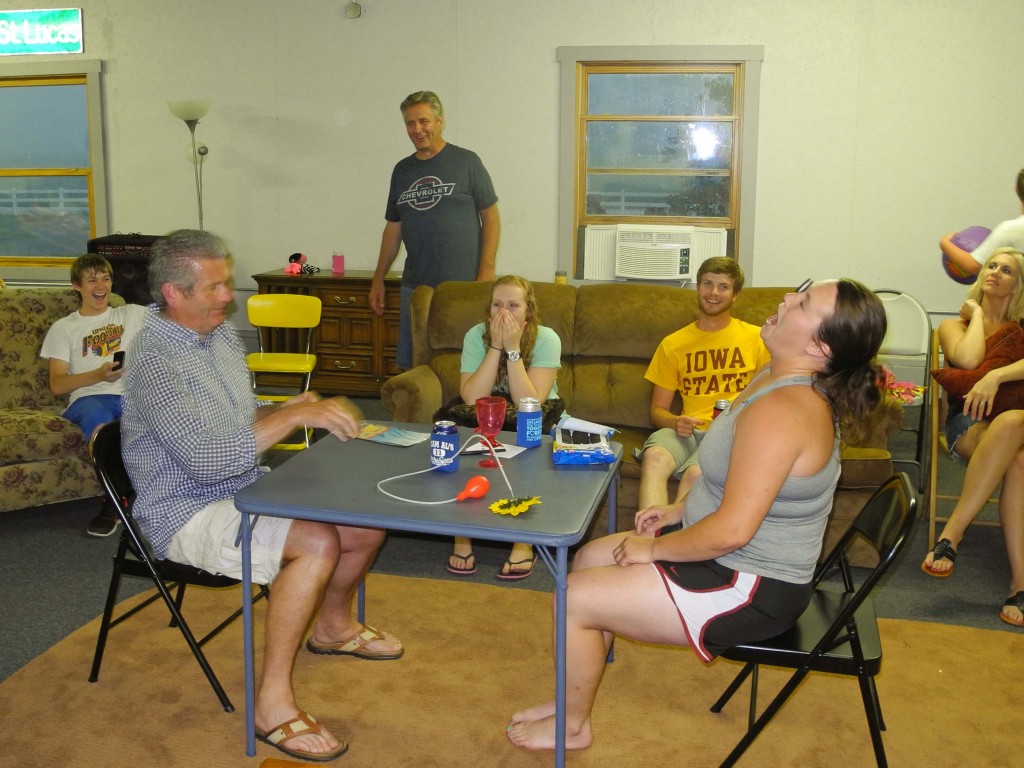 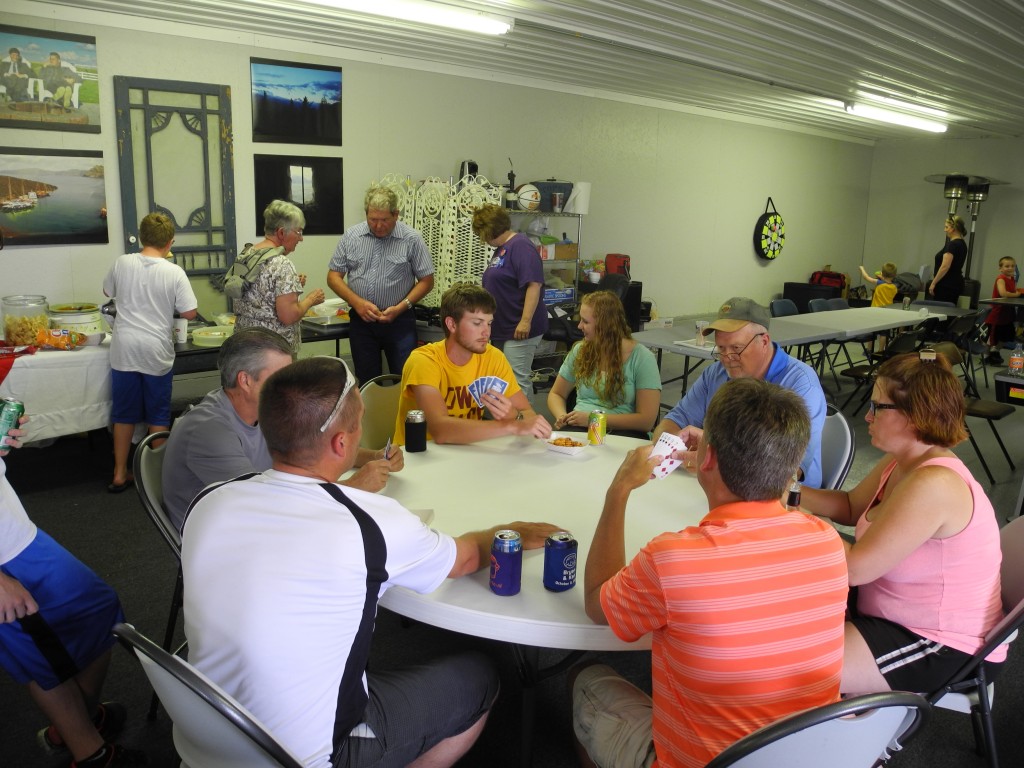 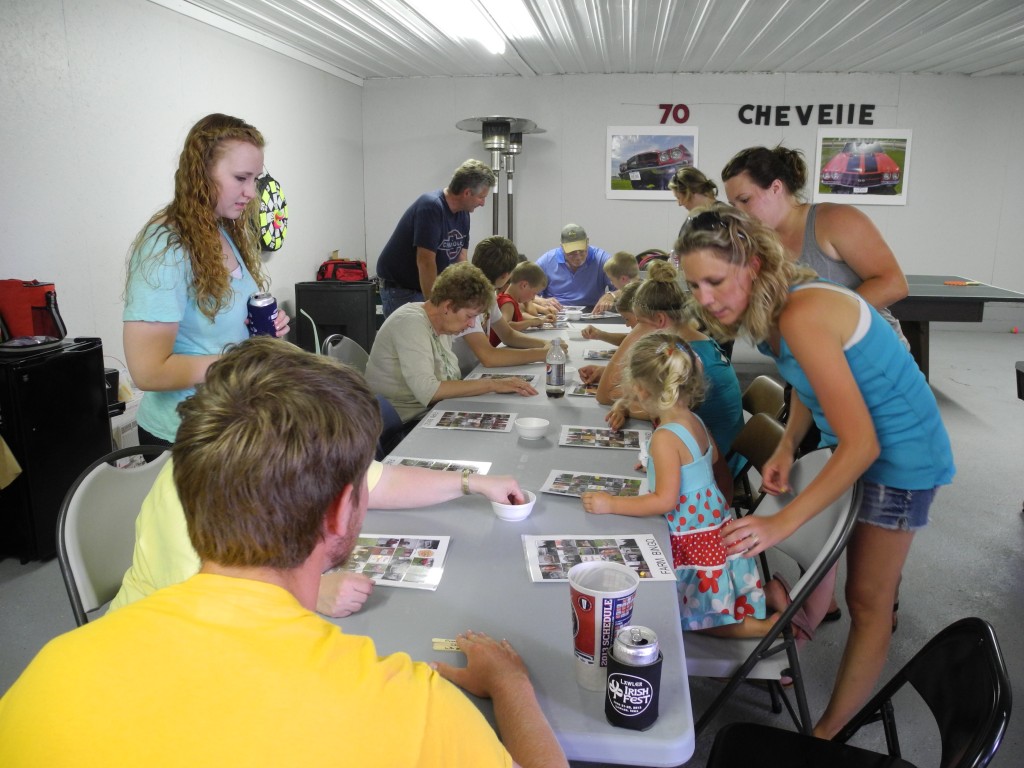 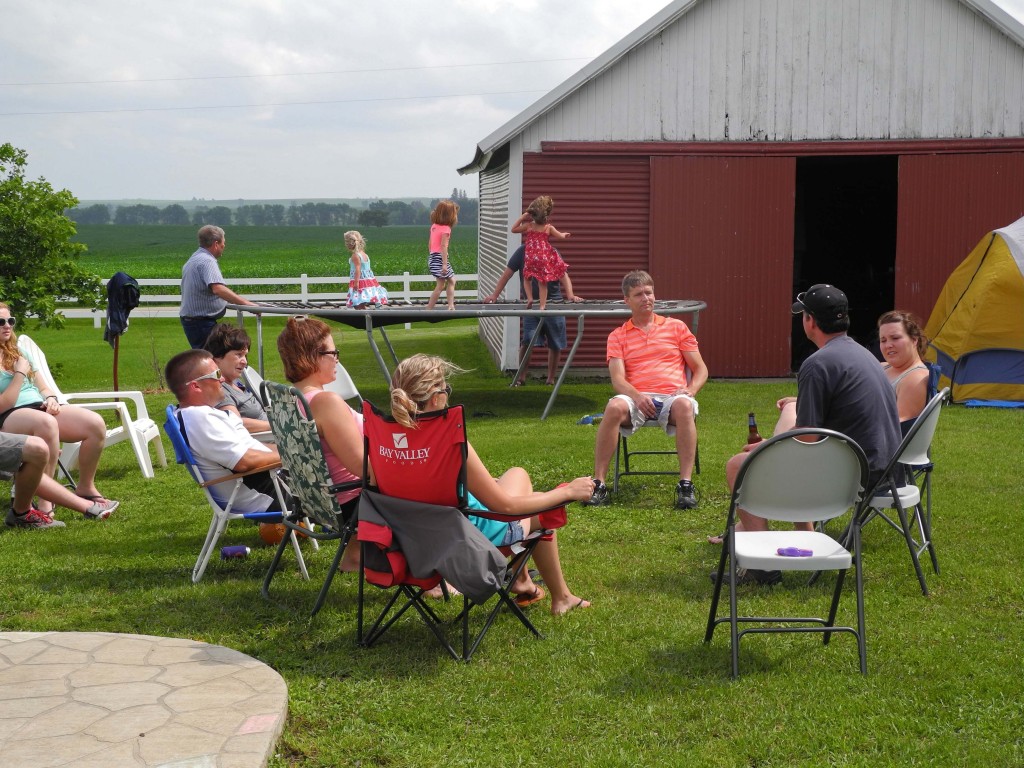 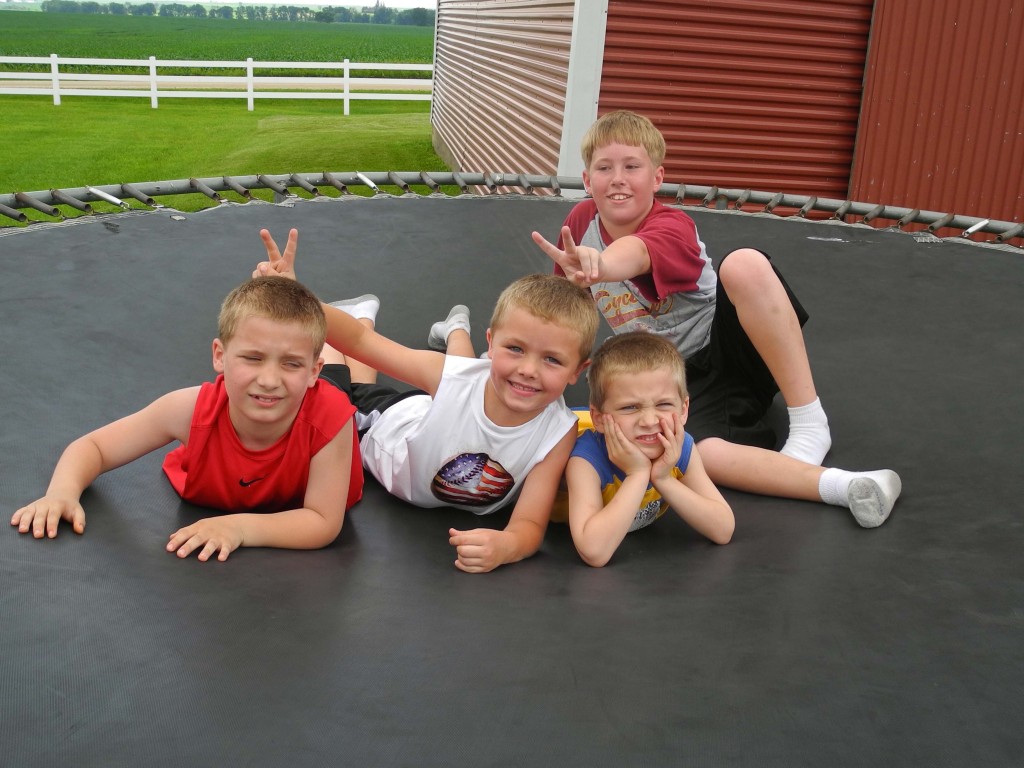 Some of Daryl’s family made some nice comments on the day and I think everyone had a good time. And it does take a little work to get everything ready, but that’s a good thing for us. It makes us look at the farm and put the mulch down, plant the flowers, and get things organized. Like I said – it’s a good thing for us.

Kyle wanted to be home for the day, but that just wasn’t going to happen so we picked a time to Skype with him. I laughed when I just started up the computer because there were a couple of the little girls in the kitchen and they were really excited to talk to Kyle in South Korea. They said that I could go and get the other kids and they would talk to Kyle by themselves. 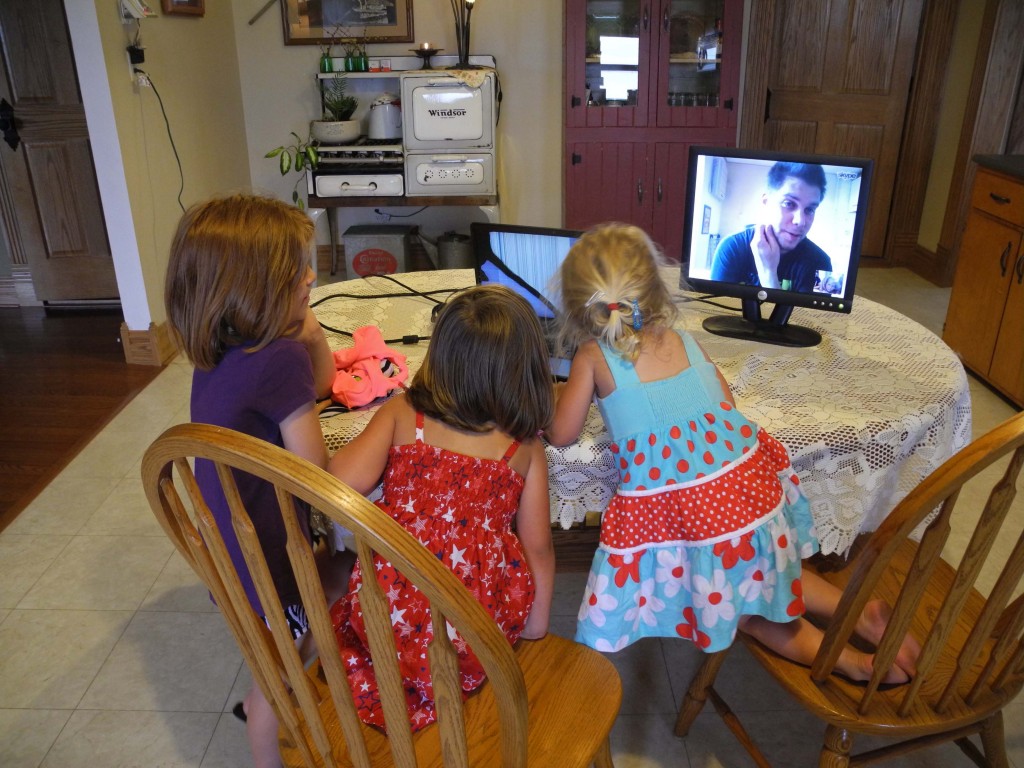 I went out and got the first round of family and then the second round came in to say Hi! It was really nice that they all came to talk and see him. 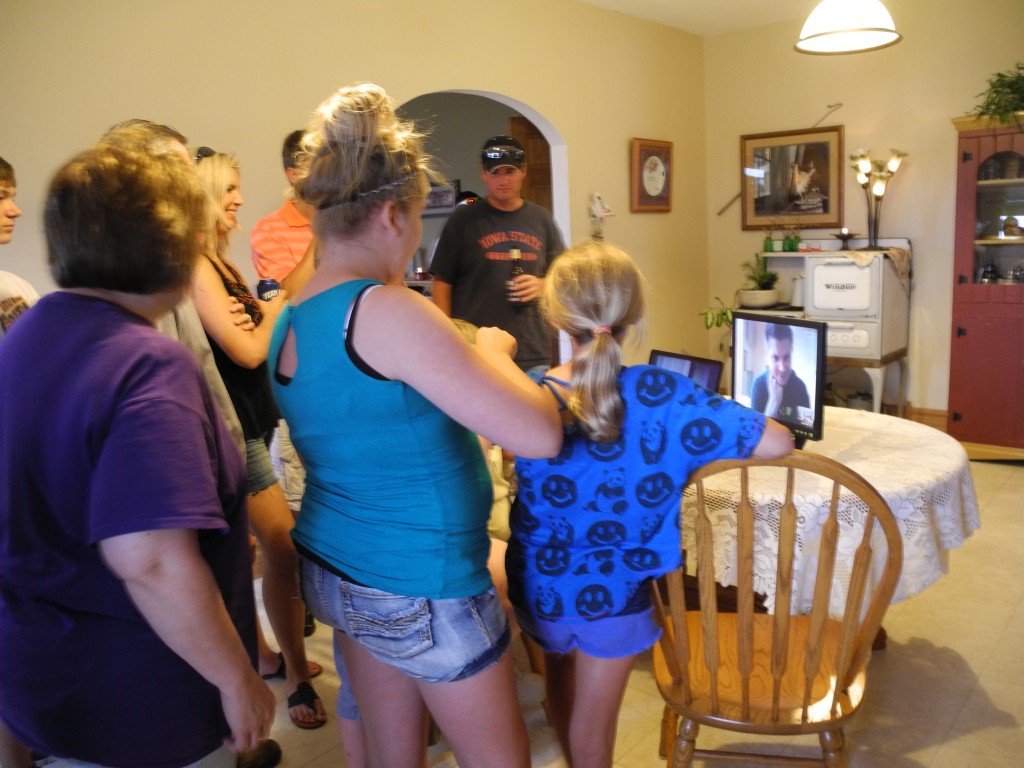 Then it started to rain. And I mean RAIN! I threw in some pizzas into the oven and as it was raining, the pizzas were being carried from the house to the Roadhouse. It’s kind of funny because even though we’ve been literally eating all day, the pizzas tasted pretty good.

Because it was raining the hay ride, bonfire, fireworks, and outdoor movie was cancelled. I guess we’ll just have to plan them for next year! 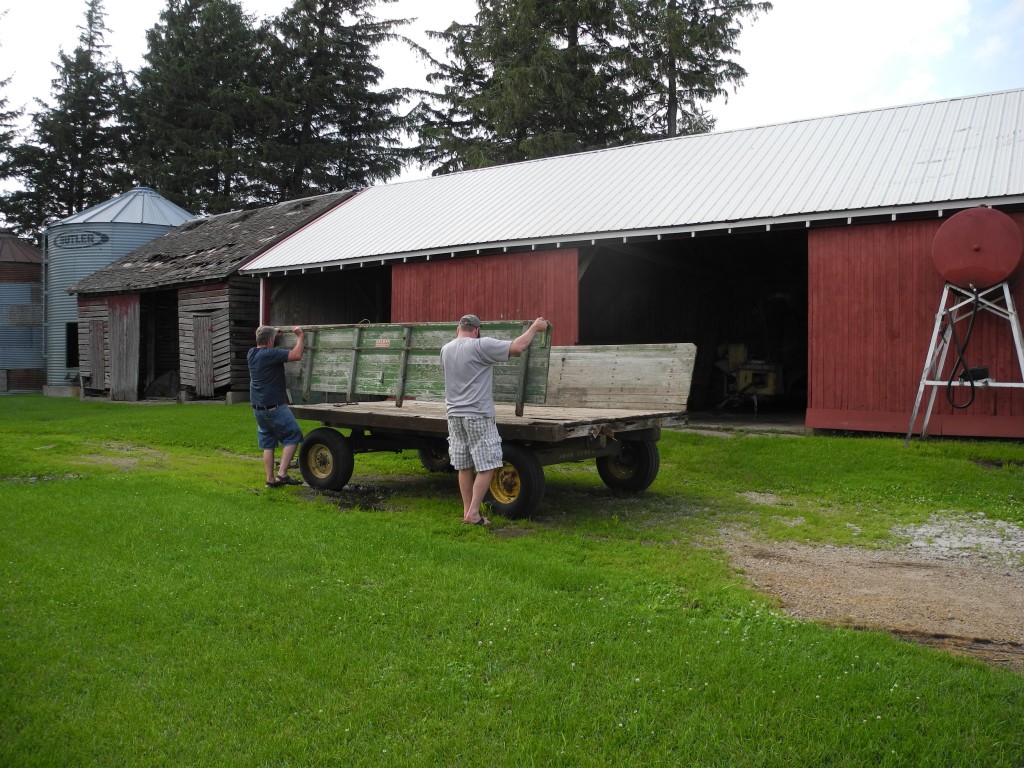 The wagon was ready for the hay ride

And at the end of the day the Home Farm was the perfect spot for the family get together. The day was spent with kids on the trampoline, family catching up on with each other, playing games, and a lot .. and I mean a lot of laughing. I keep thinking of what Daryl’s one sister said. She said that she knows that their parents would be proud of what we’ve done with the farm. But you know what? Even thought that’s a really nice thing to say,  I think Daryl’s parents would be very proud of their family and the good times that they have when they get together. 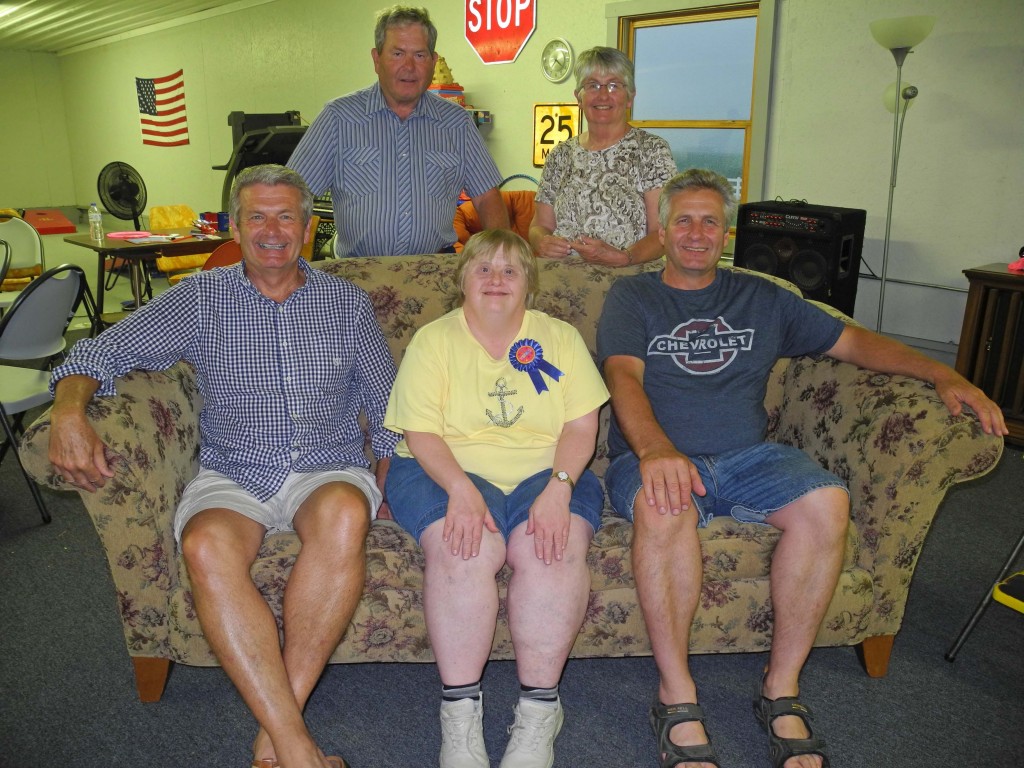 The photo of the day is  Daryl teaching one of the kids to drink out of a hydrant. I guess I never thought of it before, but kids just don’t do that anymore.  It didn’t take long and she got the hang of it. 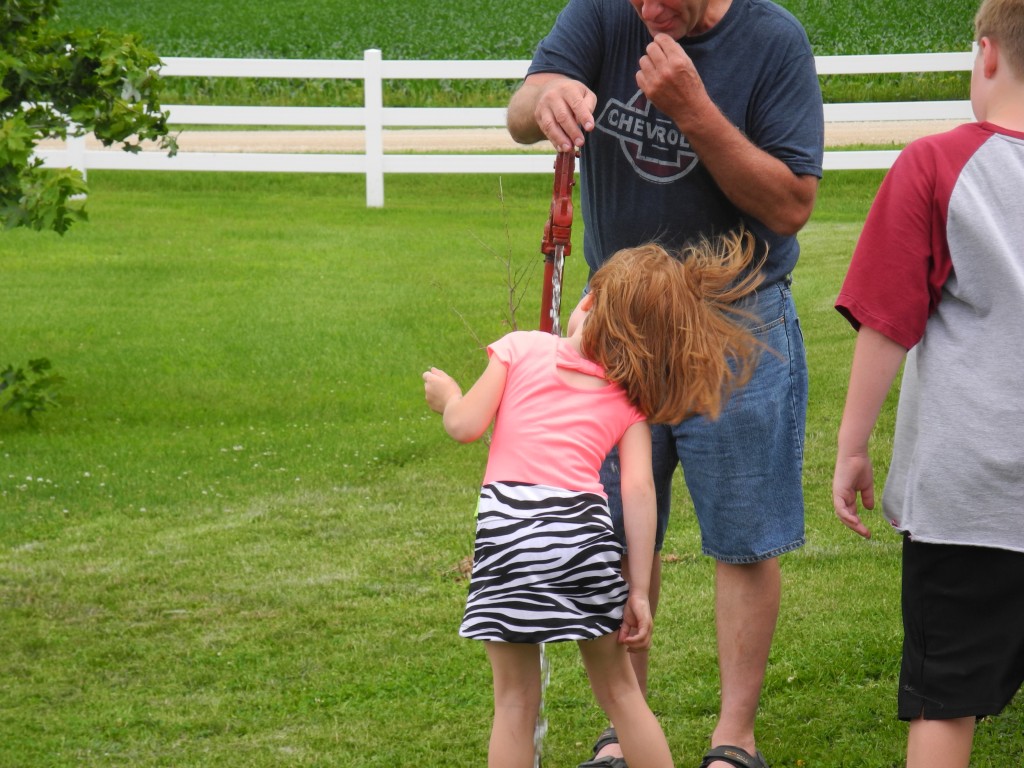 This entry was posted in Family, Farm animals, Picture of the day, Projects completed, Roadhouse. Bookmark the permalink.