We just got home from the Boys Basketball game last night and after a disappointing loss, we turned on the TV to catch the 10 o’clock news. We have it set up on our TV that if someone calls, we’re able to see who it is. Well, the phone rang and the caller ID said ‘Out Of Area’. 99% of the time this means a teller marketer, and if I would have been home alone I wouldn’t have answered it. But Daryl jumped up to catch it and boy we were glad! When Daryl said ‘Hello’ there was a pause and then he said .. ‘Hi Kyle!’ Well to say the least, this really caught everyone’s attention. I said, ‘Oh Kyle’s calling’ and then I said.. ‘Ohhhh Kyle’s calling’ The reason for the two ways of saying it was because in the past two years of him living in South Korea, we haven’t gotten a call from him. We skype with him, buy never call him. He was at the Pension office and needed some information on his social security card. Whew! Good thing Daryl answered the phone. But that got me thinking about my Dad. Since my new scanner has been working PERFECTLY, I have been taking about an hour a day to scan in old photo’s that my Mom had stored. They are old slides and have been really fun to look at. But I’ve been seeing quite a few that my dad took when he was in North Korea. He was in the Korean War, and I always wondered what he would have thought about Kyle living just 20 minutes from the North Korean border. I think that my Dad wouldn’t hardly believe it. But since he loved pictures, he would have enjoyed seeing the pictures that we took last year when we visited Kyle. We were able to go to the DMZ area after it just reopened again. It was an experience that we would never forget. We were given instructions what to do if there was gun fire, and since there was someone who was shot not that long ago there – I did listen to that part of the introductions. We also had to sign a waver in case we did get shot. Now that I think of that, isn’t that kind of weird? But it was really cool to see the country side that maybe my dad walked on in the war and when we looked at the landscape, I remember a story my Mom told. She said that Dad had to crawl over those hills with a backpack that weighed around 100 pounds and that’s why she said he got such bad knees. Looking at the rocks on those hills, I think that it would really be hard to walk over them, much less crawl! 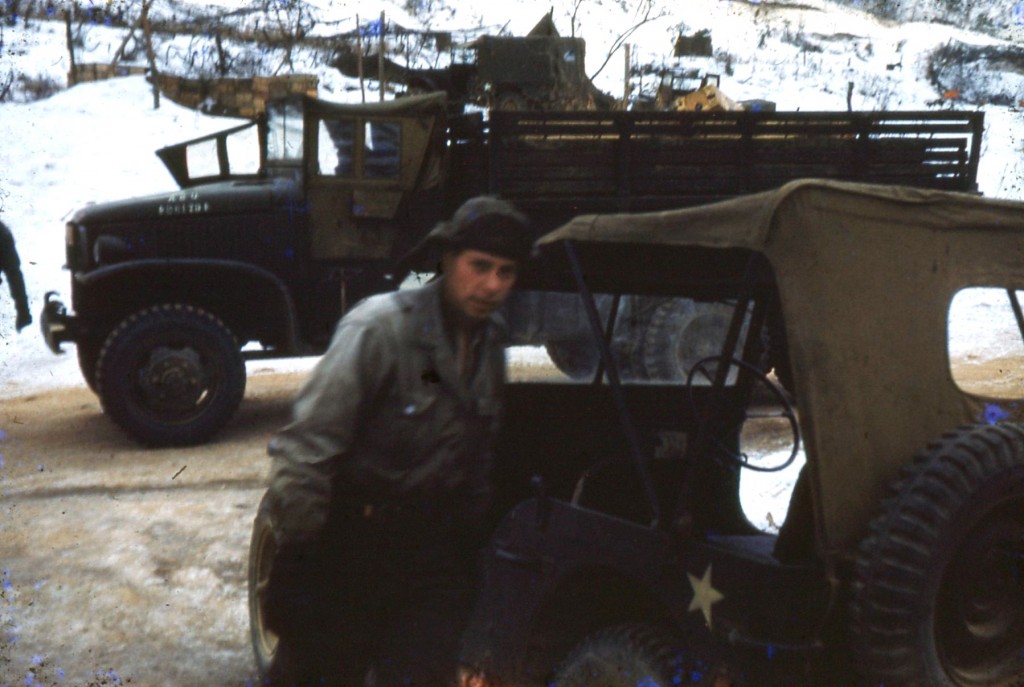 Dad at his army post - it looks really cold there! 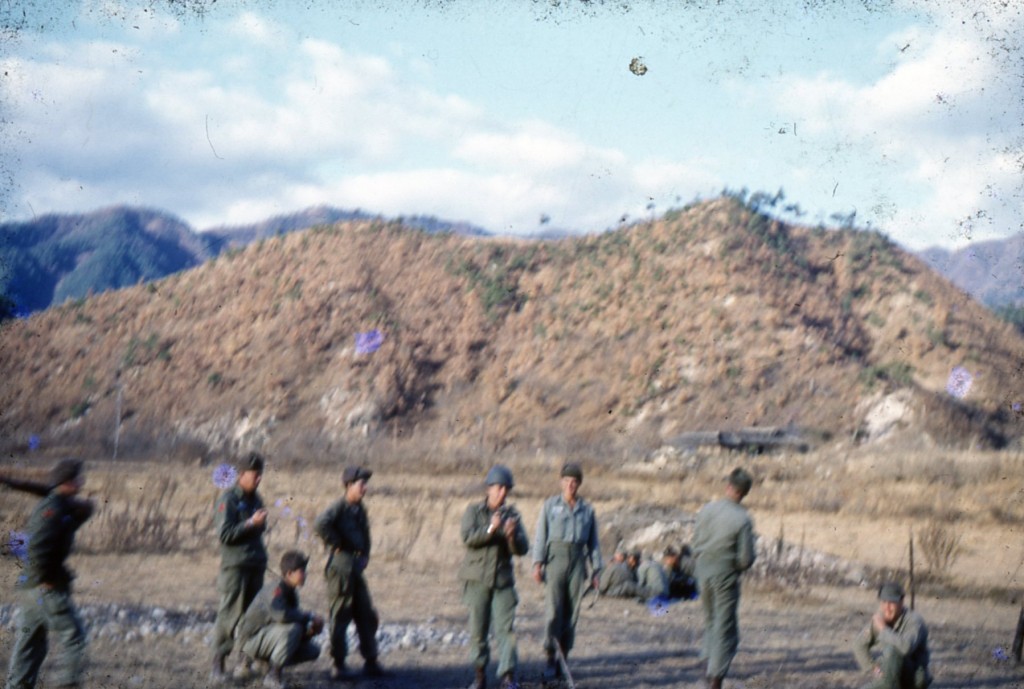 Picture that Dad took while in the army - North Korea 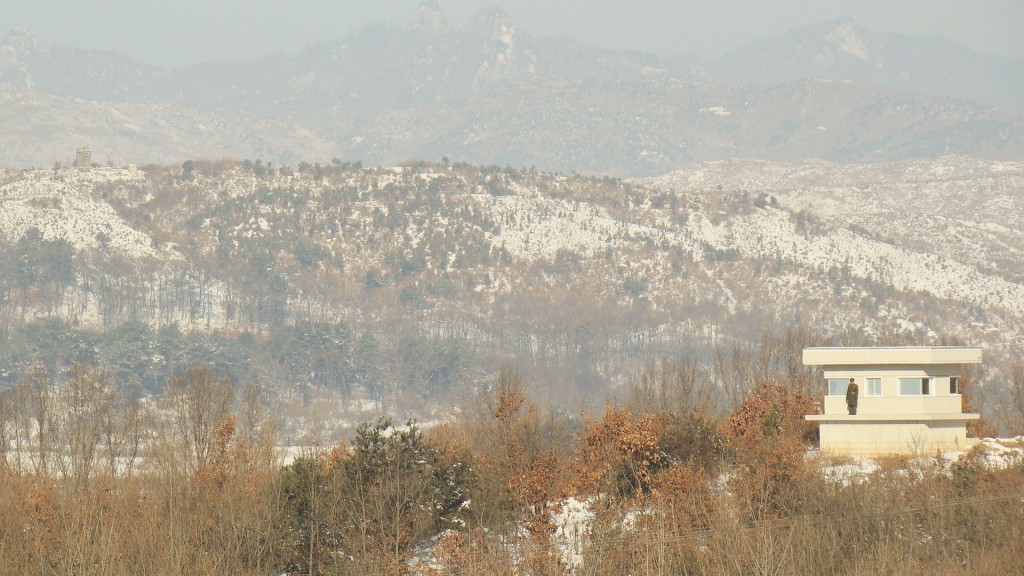 Picture that I took of North Korea and solder on watch

So now our son has been in South Korea and is getting ready to come home. He went to get his pension all figured out, and soon he’ll be leaving South Korea after two years and coming back to Iowa for the summer. Who knows what next fall will hold for him, but for now – we’re just going to enjoy his company. 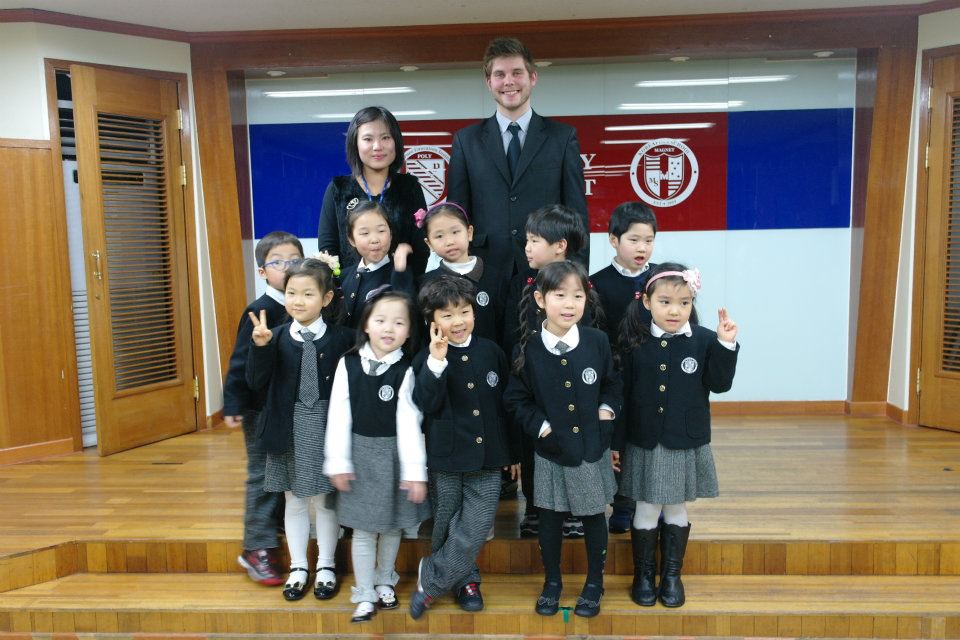 Kyle and his classroom of kids in South Korea

Other things going on? Snow! We got a white blanket this morning and I’m thinking that it probably was a good thing that I didn’t start any seeds just yet in William’s greenhouse. Also take a look at the dogs water bowl. I guess I should have taken it into the barn last night. 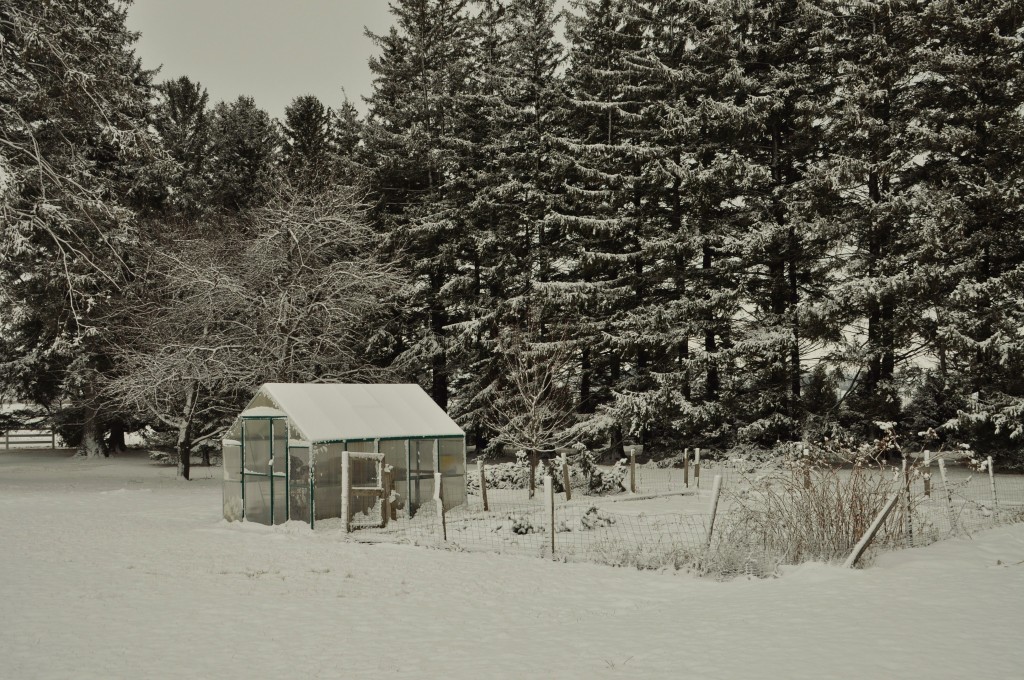 Still looking a little bit like winter this morning 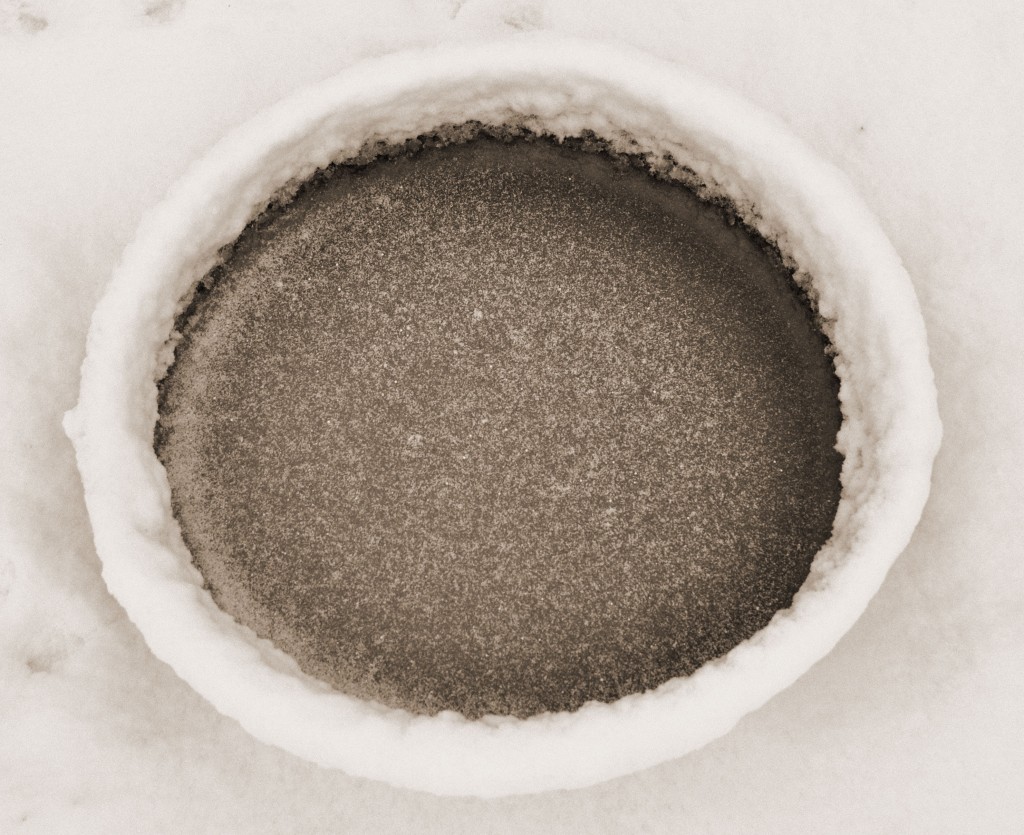 1 Response to Korea – North and South