What a great weekend I had. Now granted it helped that I sold a lot of soap – but also it was so much fun!!

I was expecting the weather to be absolutely perfect at the show and with Daryl’s help and 3 trips to set up, I was finally ready for the show. Now how can it take 3 trips of ‘stuff’ to set up to sell soap just baffles me – but that’s what happened. OK to my defense I wasn’t sure just what I was going to do for my booth so I wanted to be prepared. Below was my second trip to set up my booth. 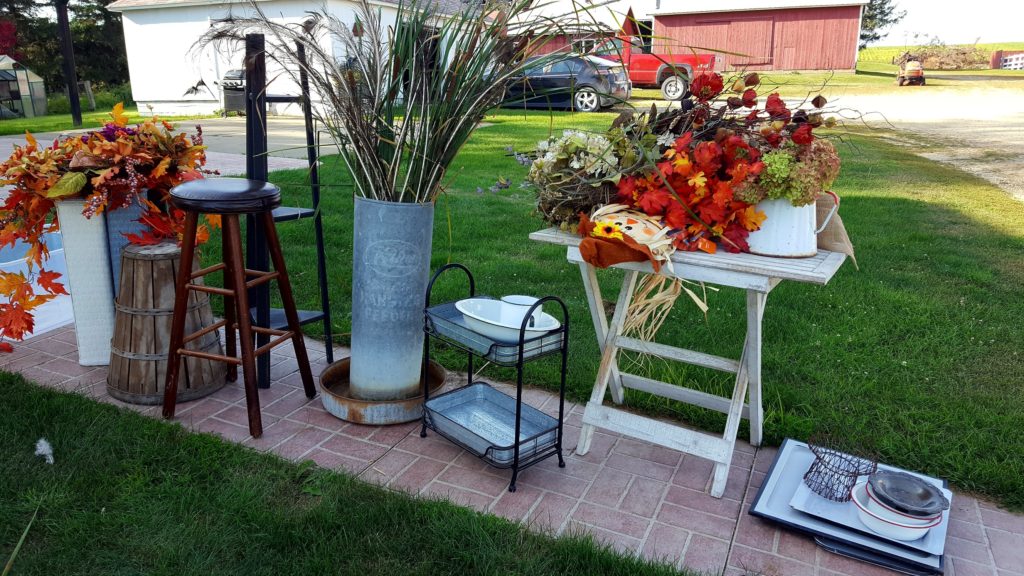 The only thing that I didn’t take after all that preparation was the apple basket. Why? Well when I was putting it in the truck I realized that there was a hornets nest it it. And of course I was in a hurry so I grabbed it and pulled it out to the ground. I found out that there was a LOT of live hornets still living in it and they were not the happiest campers of the day! Good thing I had my sandals on because I quick went over and took care of the situation, or I thought I did. And holy cow was there a lot of babies in that hive yet. I guess I didn’t get all the live ones out of the basket so I flipped the basket upside down and as I’m running through the yard with the apple basket and the hornets just a buzzing inside I was thinking to myself – This is not on my list to do today! And then I thought thank goodness I didn’t bring this to the show 🙂

But like I said I was able to get everything else all set up in my booth and not only did the weather hold out – but man oh man did we have a crowd! 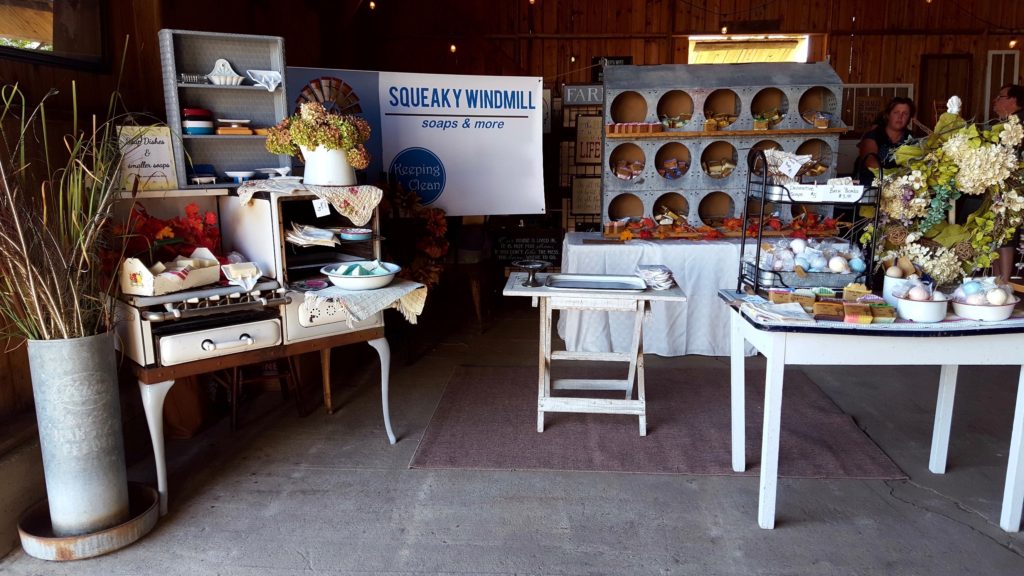 It’s always fun to see everyone and sometimes I think maybe I like going to shows so much because you get to meet up with your friends just to say Hi! . And speaking of that, when I was talking with someone at my booth there was a girl who caught my eye. Now it was one of those times when you know that you’ve seen them before but just couldn’t place them. Then in a minute or two she came over and I knew exactly who it was. It was one of our friends that we literally haven’t seen for about 30 years!! How cool is that! We lost touch just right after we got married and it was so much fun to see her again and to try to catch up with each other and our families. The best thing is that their son lives in the same town as our son so hopefully we’ll be able to reconnect again soon. And of course I couldn’t let her leave without taking a picture of us two to show Daryl! 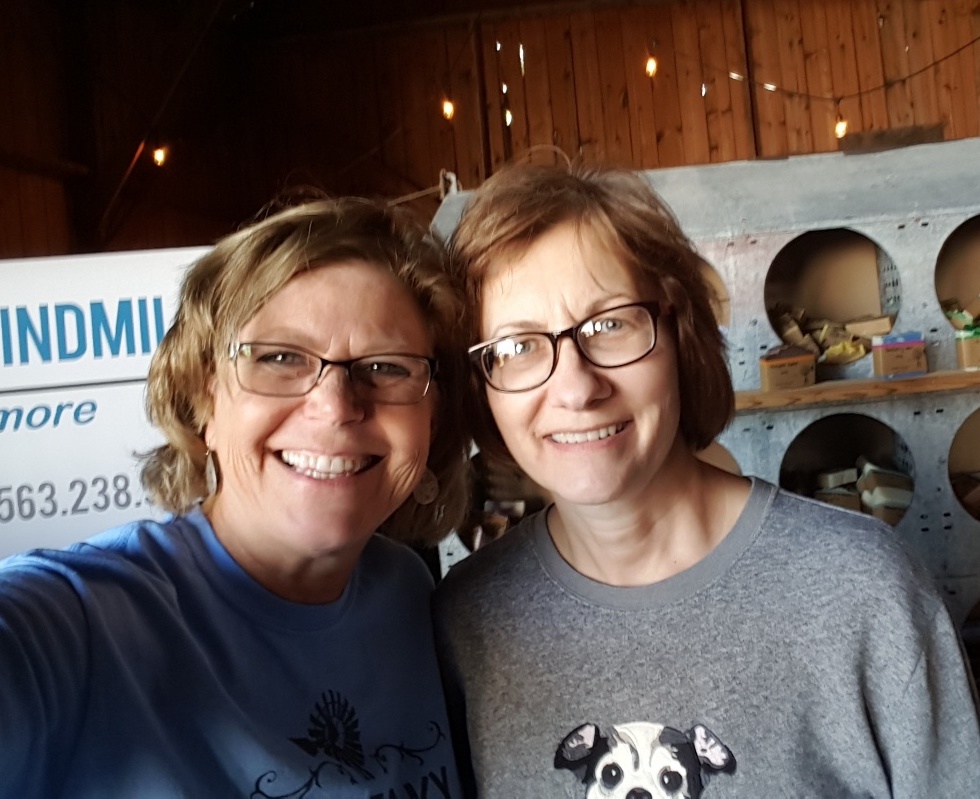 Once the show is over it’s time to tear down the display and lug it all home again. Now normally this isn’t such an issue, but the old stove that I used from the laundry room is pretty heavy to say the least. But with help from Daryl we got it back into the truck without going to the emergency room and now I’ll be able that stove back in the house, I’ll put the wreath back on our front door, the old scale in the bathroom, and the table found it’s place on our front porch again. As for the apple basket? Well it’s still down by the barn. I haven’t checked back on that yet.

Yup, all in all it was a very good weekend. Now to get some more soap made!