How exciting today is! I mean we’re going to have a total solar eclipse!! Whoooohoooo!!

With my glasses in hand and watching the forecast in the morning before work – well it wasn’t too promising that anyone was going to see much of anything in our area as far as an eclipse was going to be.

But there was hope. I read on the internet that when the moon goes in front of the sun it changes the temperature of the earth and could cause the clouds to go away. And since it was on the internet – I’m just sure it’s true right?

So I took a late lunch and headed home. The ‘best’ time was going to be around 1:10 pm for the total eclipse and I for sure wasn’t going to be sitting in my office with no windows at THAT time!

Around 12:30 I got in my car and went north to the farm. And guess what? It was very very cloudy! Arrrgghhh!! But I kept my hopes up and with my trusty eclipse glasses on I spent a lot of my lunch hour outside staring at the sky.

And guess what? The sun would peak just out of the clouds and you could actually watch the eclipse SCORE!! It was a pretty cool thing to see. 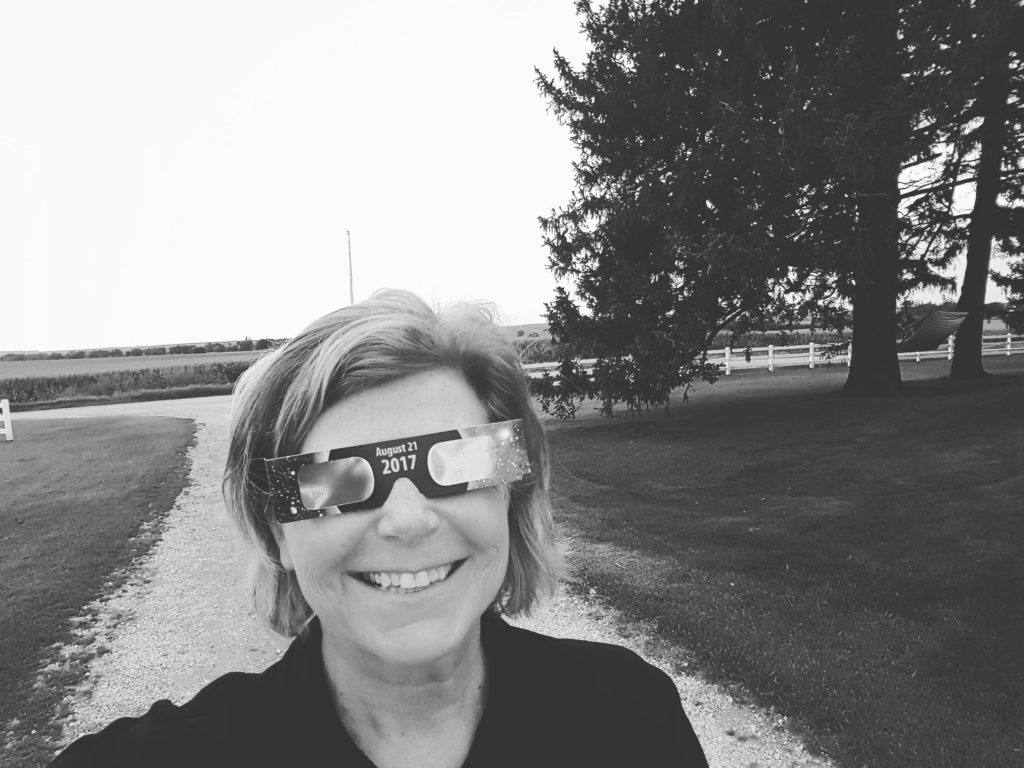 When I got back to work and checked outside later,  the weather was absolutely perfect with little or no clouds in the sky. I guess the internet was right about the clouds going away … just not so accurate on when they’d go away!

p.s.: Do you have any idea on how hard it is to take a selfie with eclipse glasses on? Trust me – it’s very hard. After more pictures then than I want to admit – I now have a better understanding on how blind people deal with selfies and it ain’t good!

This entry was posted in Picture of the day. Bookmark the permalink.