I found the absolute BEST way to cut watermelon. Now if you already know this method – well then I think you are a Rock Star and can just skip down to the pictures below. But if you haven’t seen this method before, I can tell you that I can cut up a watermelon in less than 2 minutes and have literally no waste.

Seriously, when I throw the rind out to the chickens I feel so bad now because I did such a good job, that I give them a couple of big chucks of the cut up watermelon so they won’t get so disappointed!

Now what is this magic? Check it out below…

First thing is to cut the bottom off the watermelon so it sits nice and pretty. You’ll want it to be stable for the next step 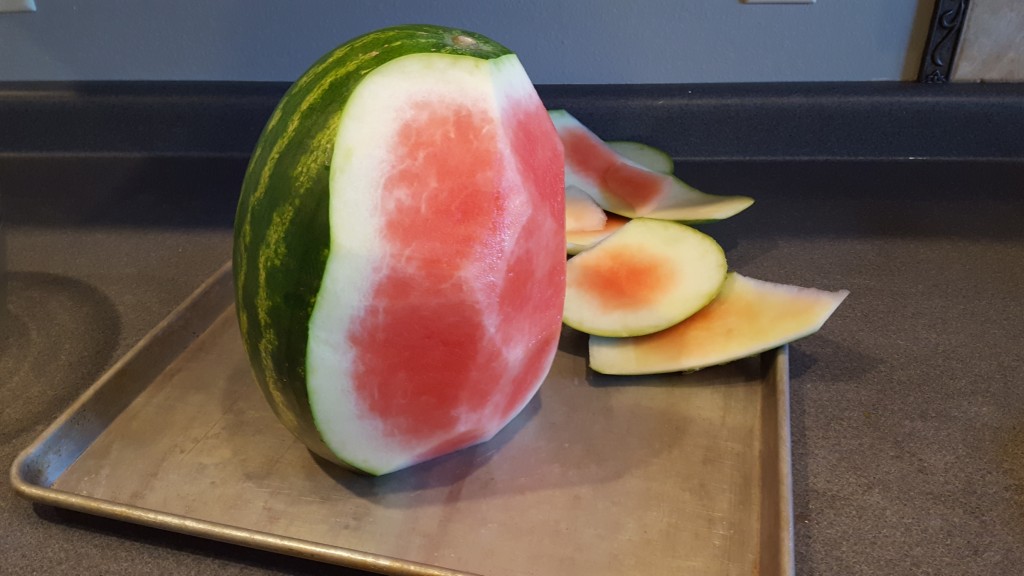 Next start slicing the sides off. What I think of this method it’s kind of like peeling an orange but you are cutting off the sides of the watermelon to get to the middle

After you cut off the top, the next thing is to trim any white pieces from the watermelon that you missed 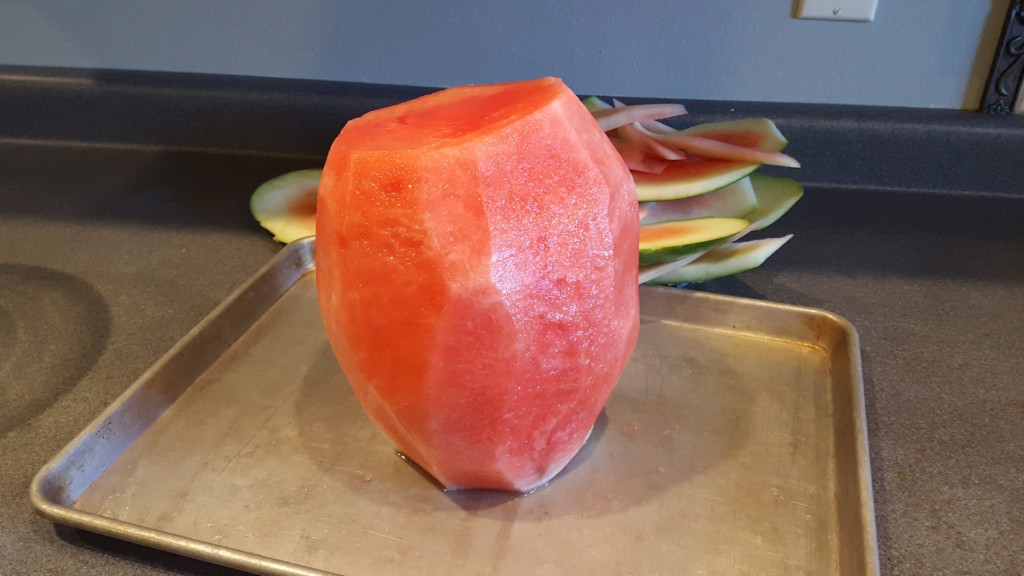 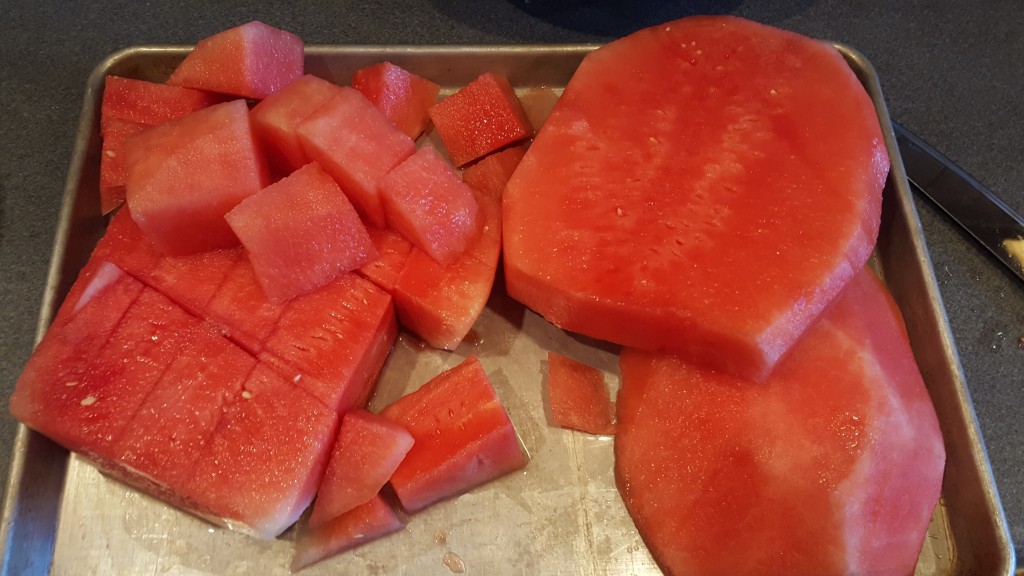 And BAM! You are now an official Rock Star also!! 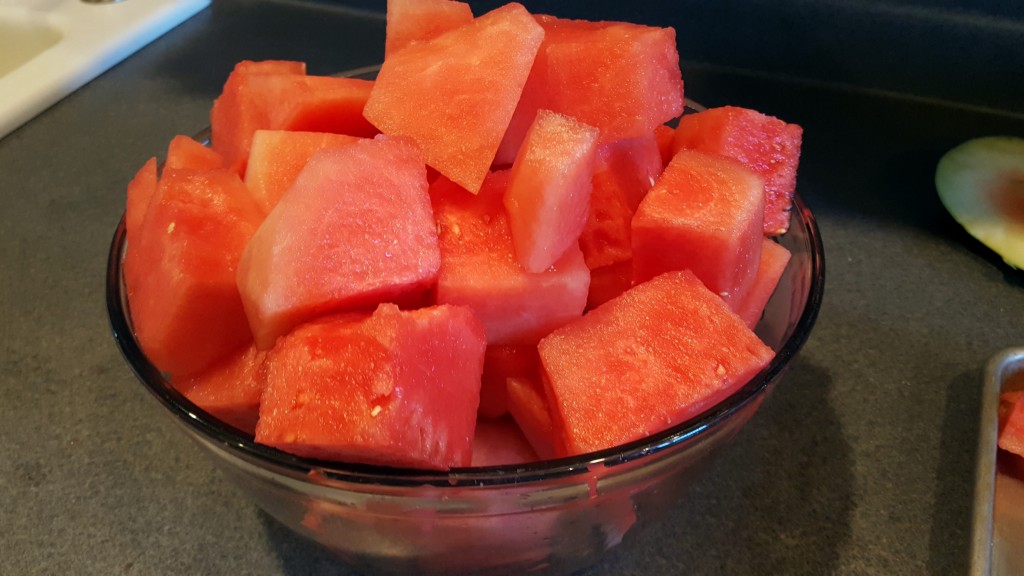 This entry was posted in In the kitchen. Bookmark the permalink.