The company that I work for always participates in the local parade that the town puts on and this year was no exception.

The hardest part of the float is to try to figure out just what we should do. See last year we were given the Float Champion award and we wanted to get it again this year!

So with a lot of talk and ideas thrown around we finally had the idea. And it was a good one!!

The guys spent a lot of time working on it and getting everything built and up and running. See the theme of the parade was ‘You’ve got to Moo-ve it Moo-ve it’ so we put speakers on the float just cranking out the music, and we were going for the idea that the cows were exercising. Now before you say.. yea I’ve seen that done before, let me explain just how it all looked.

This is our float. Pretty awesome right? 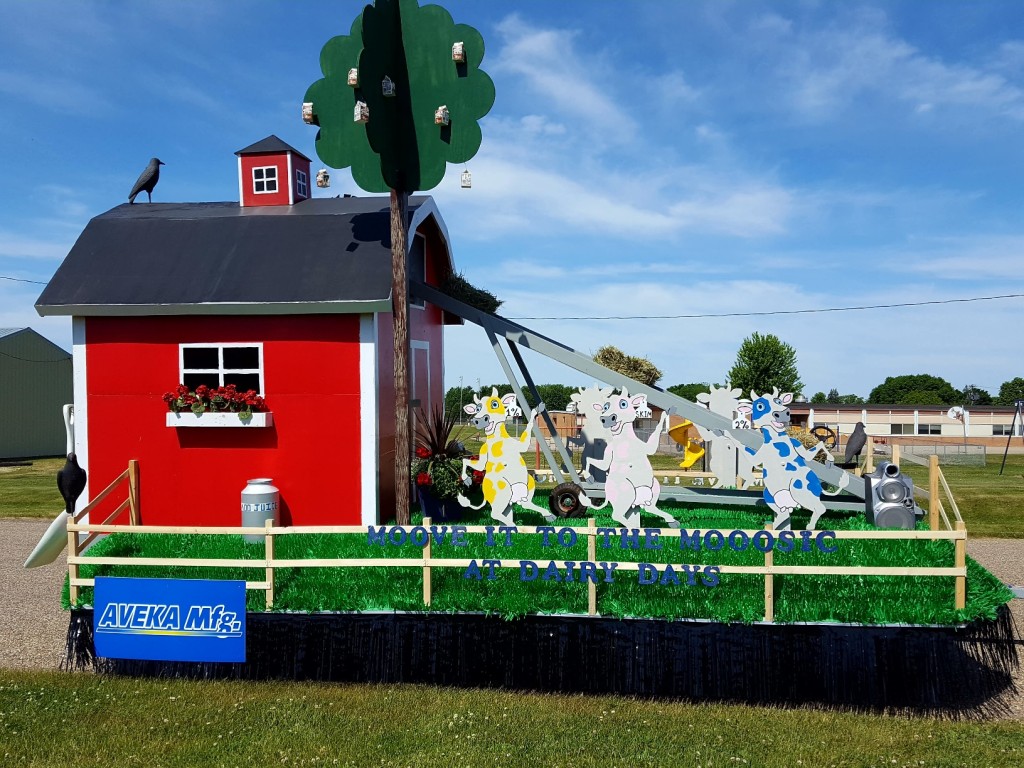 This is the other side of the float showing the windmill that would turn as we went down the parade route. 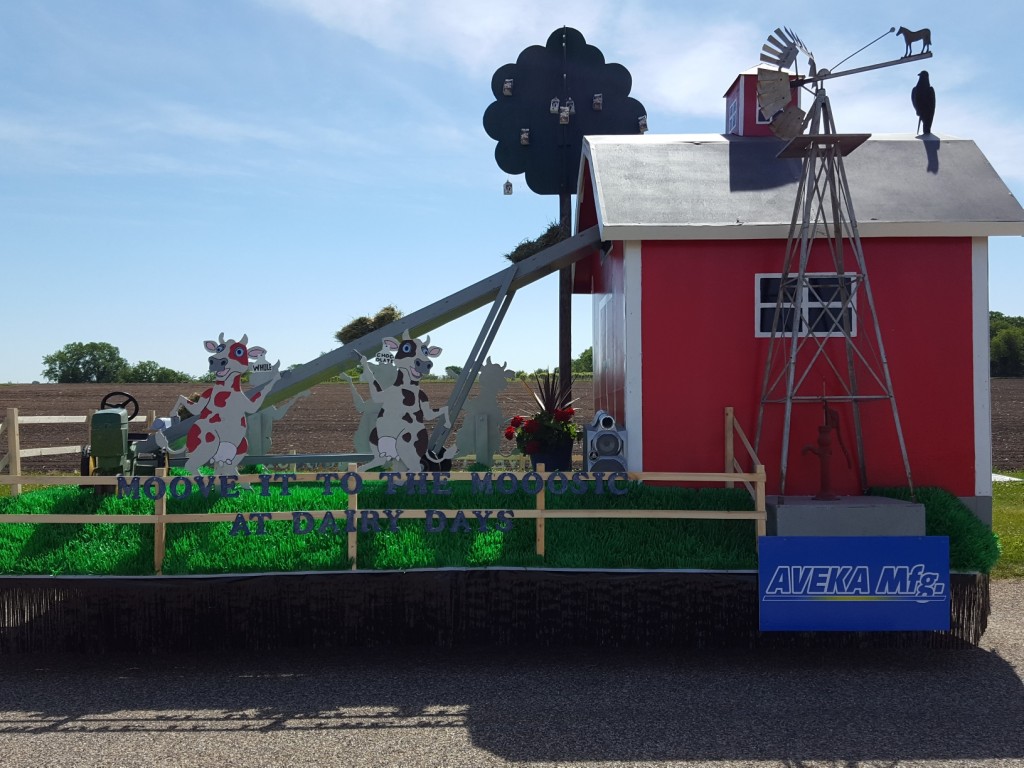 The 5 cows on the float represented the different types of milk; Skim, Whole, Chocolate, 2%, & 1%. And with the music playing, the cows were on a crank system that they all were dancing with their ear tags just a swinging back and forth to the music. Then we also had an employee in a cow costume on the back of the truck pulling the float just dancing like there’s no tomorrow to lead the whole herd.  Every so often you would hear cow bells going off and the cow in the back of the barn would have it’s tail lifted and out would come a ‘pile’ of tootsie rolls that fell onto a farmers shovel. Genius. The shovel of  the tootsie rolls then would be thrown out into the crowd by the farmer. We even made the front page of the local newspaper! Yup, our company really kicked it up a notch this year!! 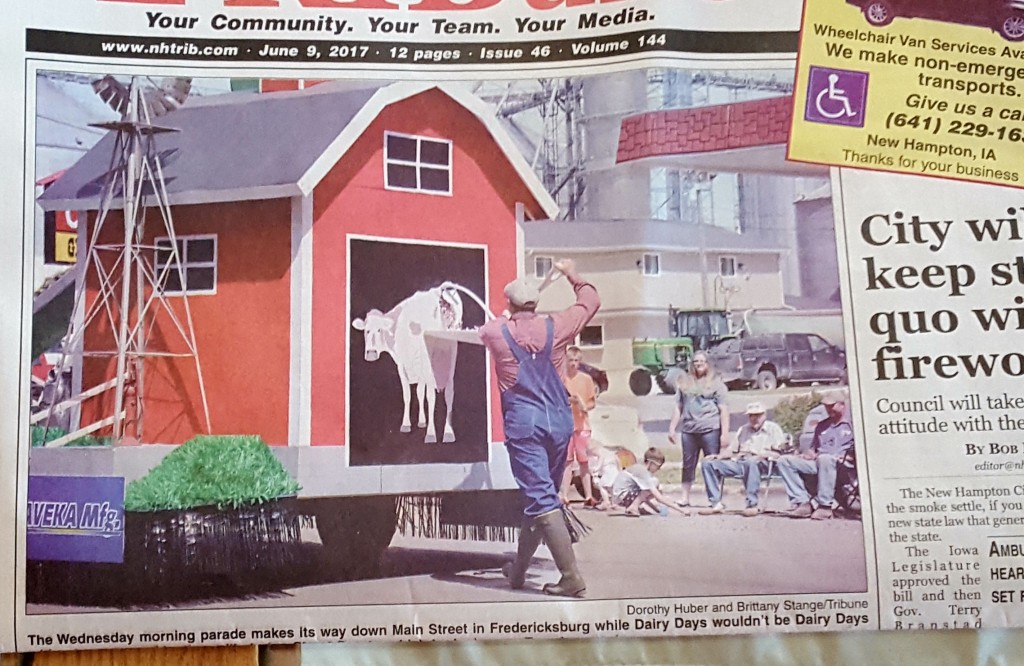 I spent both parades helping in the barn but I could hear the kids all screaming outside as we were going down the parade route and the parents yelling ‘watch this!’ Then they all would laugh and the kids would scream again once they had candy coming their way.

It was a great time and it was by far one of the best floats that I’ve ever seen! The guys did a fantastic job and guess what? We won the Float Champion award again this year!  Yup, Rock Stars!!