We are getting ready for our company tomorrow and with most of everything done, there one thing that still was on my list and even though it would make sense to forget it – it WAS going to get done.

What I’m talking about was putting the lights on our poles on our porch. See we had the garland up earlier that goes around our porch but there should be lights that are wrapped around each pole. I mean we do it every year and I didn’t plan on not doing it this year. So we got out the lights that we were going to use and when we started to put them up, we found out that we had a couple of strands of the ‘cool lights’ and then some ‘warm lights’. Yup, my good luck just ran out! We (OK, I) didn’t want to mix these lights so off to town to see what we can find. And guess what? We found not a strand we could use in the size that we needed.

OK, now what? We could put up the mixture of lights that we had, but seriously I’ve come too far to settle. Have you ever been there? I mean when you want to do just about anything to finish it off? Well that’s where I was. I was tired and determined and that can be dangerous.

Then all of a sudden we had a plan, we found out that the one Hardware store was getting in lights and so I called to see if they did actually get some in. Hooray!!  They did and they were going to be open late tonight and for another hour if we wanted to come and get them.

So with my bag of both warm and cool Christmas lights and the correct size that we needed I was off in a flash. I got into the store and when I showed them the lights they said sure they had some. Well to make a long story short – they didn’t have them because they don’t make that size anymore ! WHAT? No wonder we couldn’t find them… and that’s kind of a dirty trick not to make them anymore isn’t it?

After finding this out, I decided we’d take what ever they had in 6 boxes. We have 6 poles – I need 6 boxes. No problem until we found out that they didn’t have 6 boxes of either one. I think I must have looked a little flustered until they said that they could call some in from their other store and deliver them later that night to town. I decided if I could just get 6 boxes in the morning when they open the store they could be put up before our guests come we’d be good.

That was the plan and it worked! Early in the morning Daryl met the owner before they opened the store and came home with our prized lights. They were put up just in time before our company came and they look great! Whew! Check THAT off my list 🙂 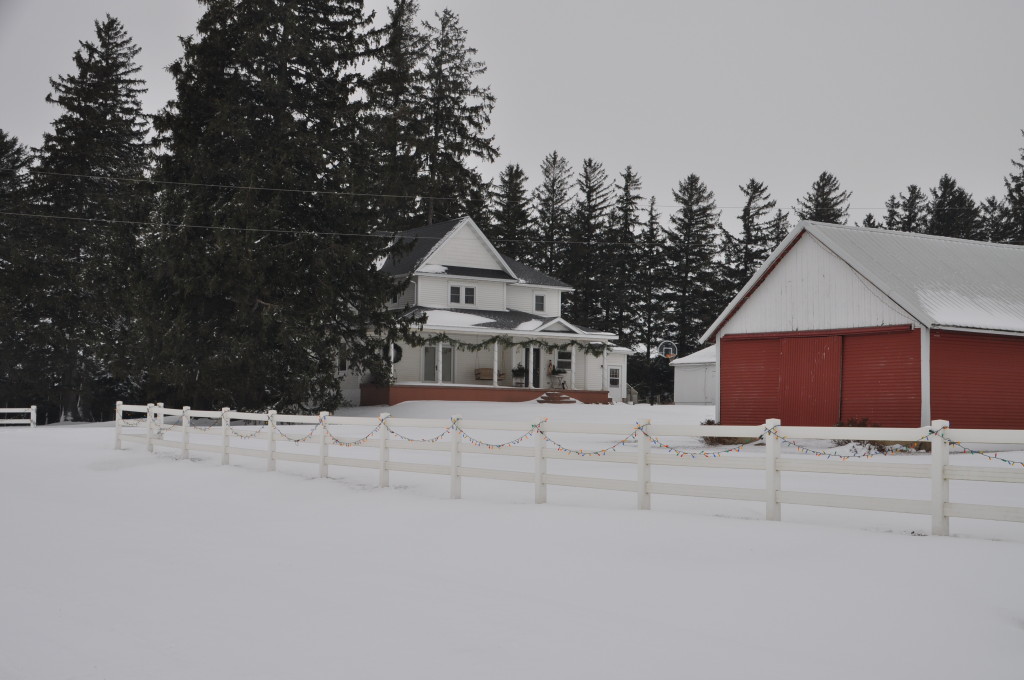