I’m so far behind on my postings I decided to start at the present and work my way backwards.

Because this posting is titled Fun Day 2016, it’s what was going on this weekend at our farm.

See every year for the past few years we’ve hosted a ‘Fun Day’ for Daryl’s side of the family. After his Mom passed away, they’ve decided not to get together at Christmas and get together in the summer when everyone has a little bit more time just to hang out and to not have to worry about getting to the next Christmas party or a snow storm that’s brewing. Great idea!

And with us having the Roadhouse available, well it just makes sense that we host it.

So after saying all of that, I seriously watch the weather for at least 10 days out to see if it’s going to rain or not. Now not that rain would make that much of a difference in the party, but it does make a difference on what games we would be playing. I knew that the weather could be kinda crappy (60% chance of rain in the morning and 100% chance by 8:00) I decided to have both inside and outside games ready. Little did I know that it wasn’t really going to rain until around midnight. Oh well, better to be prepared right?

Well I worked late the last couple of nights before Saturday to make sure that I was prepared, and after quickly scrubbing the cellar steps and kitchen floor, I literally jumped into some clean clothes and beat it to a local town to run in a 5k. Now was this the smartest move that I could make? Hum.. not sure. I mean I was going to have around 40+ people at our farm for dinner in less than 2 hours after I got home from running. But was I up for the challenge? Heck yes! I seriously thought if I kept the idea that I had to get home to wash the windows in the house and Roadhouse I would run faster. Guess what? It didn’t work 🙂 But it still felt good to go for a run even if I seriously think the whole 3 miles was uphill!

Then after the run, I got caught up in a tractor parade on the highway that I was going to take home. Thank GOODNESS it wasn’t all 70 some tractors in front of me and I was able to get around them and do some gravel travel to make up for some time lost while I was in the parade. Yea literally driving in the parade.  I mean what are the odds of that? 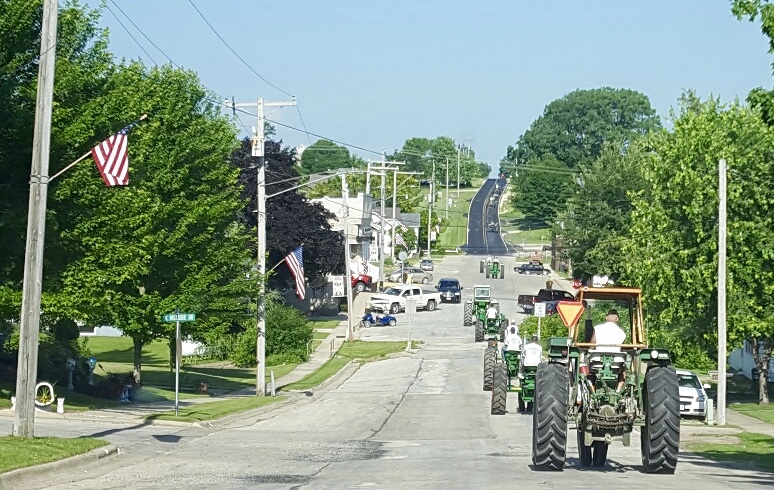 Well I made it home and after some quick window washing and a good shower – the party began. And what a great party it was! 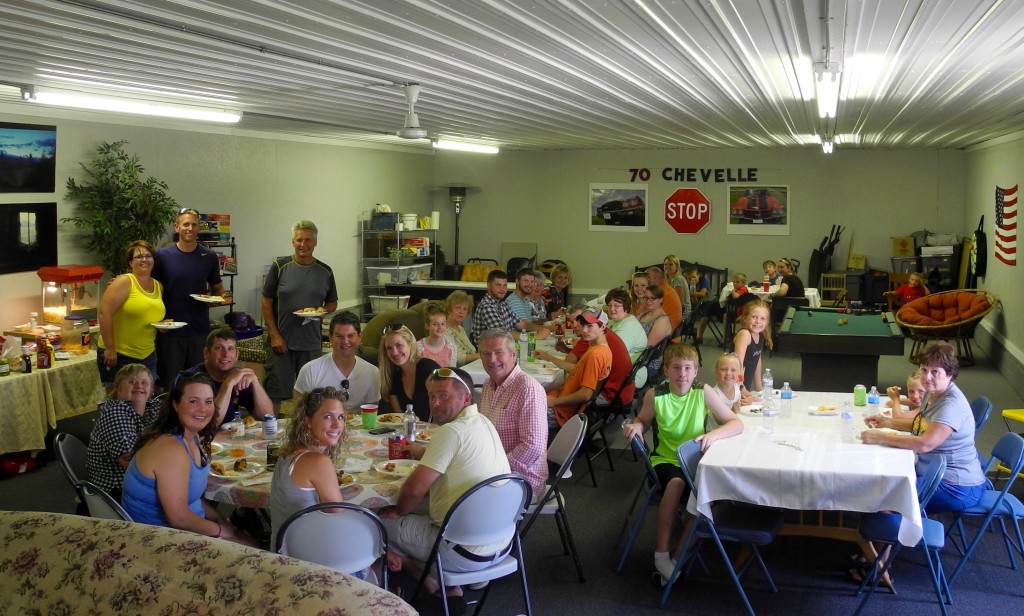 Starting out the party with a potluck dinner

I was hoping that it would turn out well, and it was just perfect! The weather was warm and thank goodness for the breeze (yup you heard me right – I was grateful for the wind today!) everyone seemed to have a good time.

Below are some of the games we played 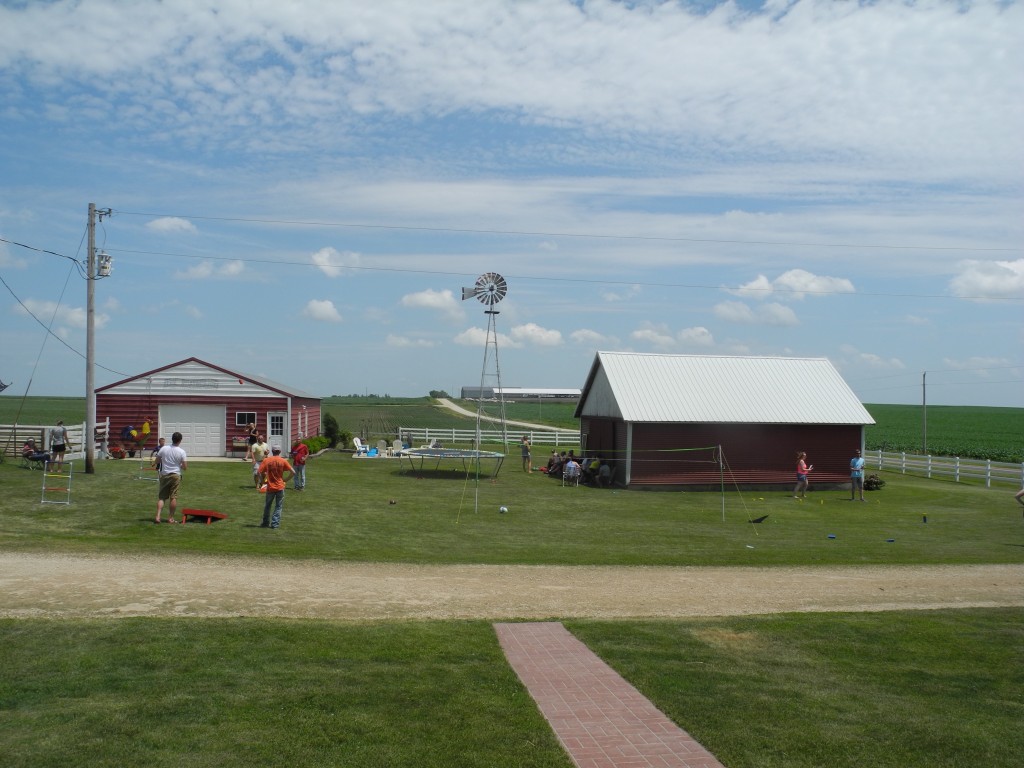 Bags, Ladder golf, Bocce Ball, Kubb, football, baseball catch, and water ballon fights were just some of the games for the day 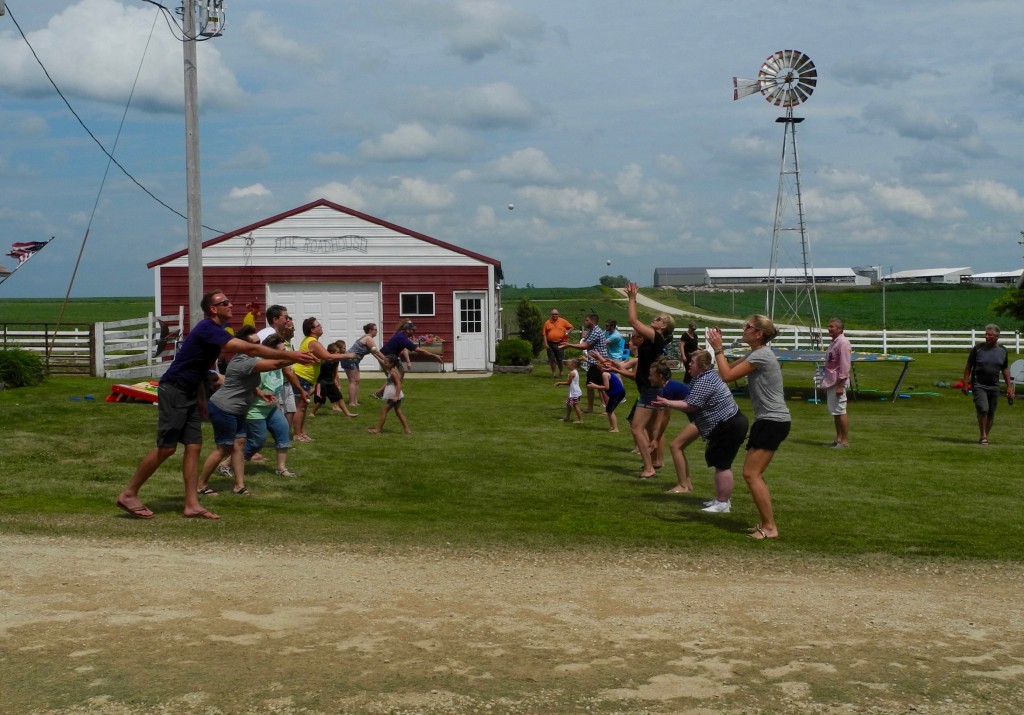 The egg toss is always a favorite 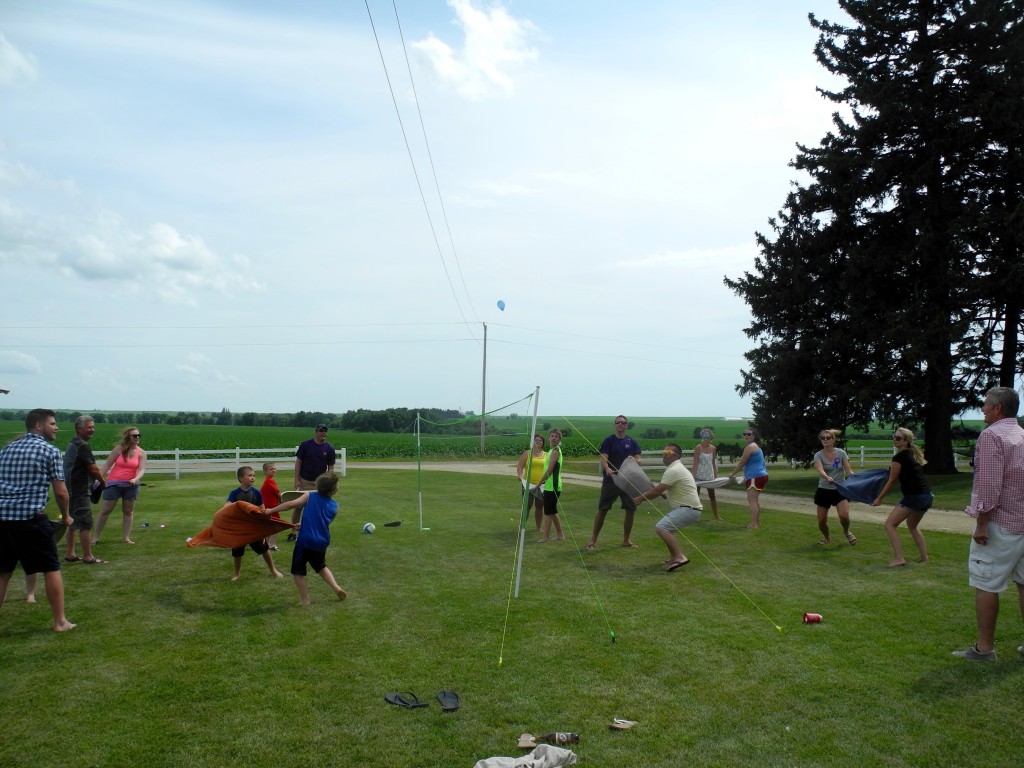 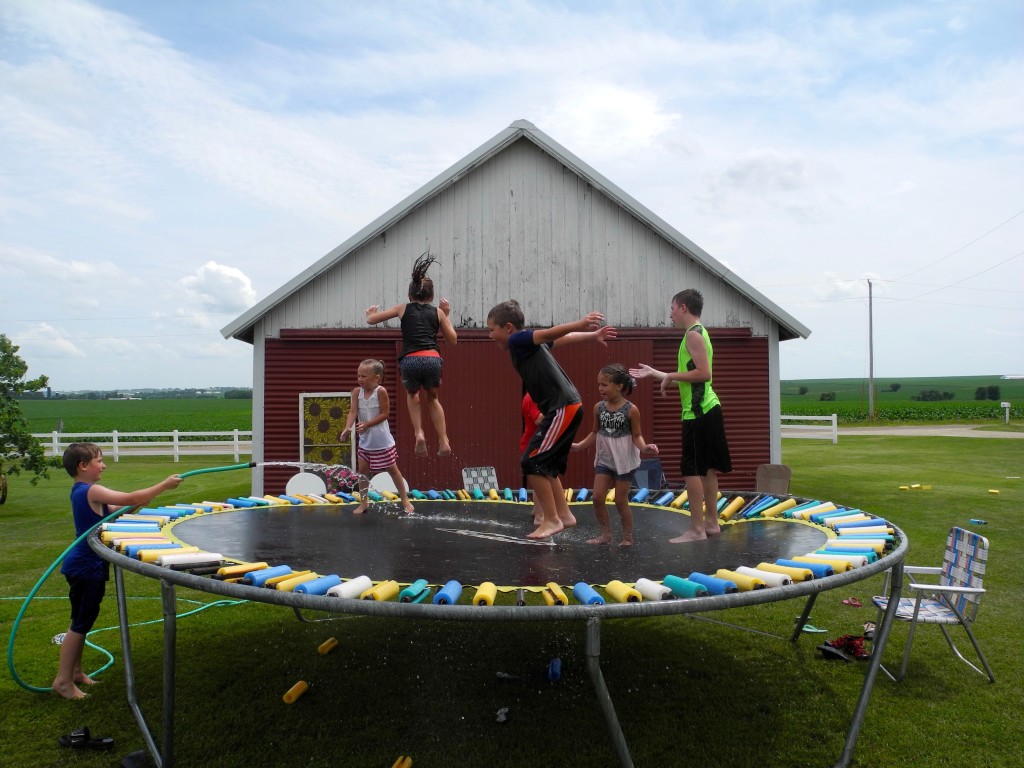 After an afternoon of visiting and playing games, the annual hay ride gave me some time to get supper on the table before everyone headed back home. 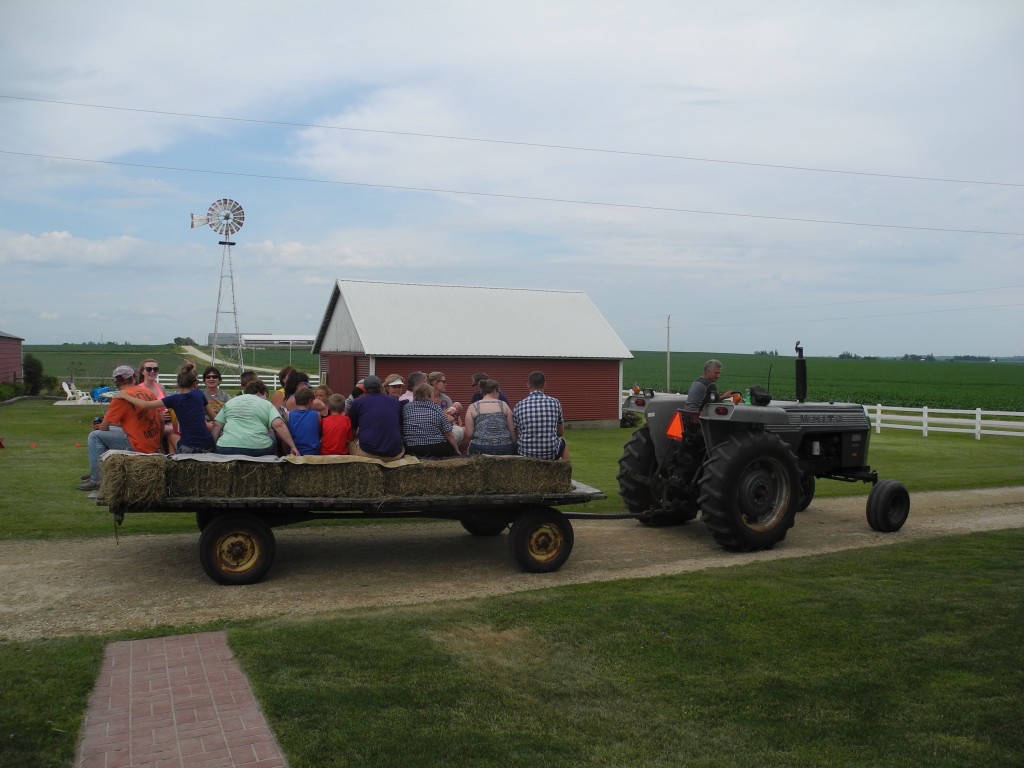 So here is one of my favorite photo’s of the day. Some of the gang just hanging out on our front porch enjoying the afternoon on the farm.

This entry was posted in Family, Roadhouse. Bookmark the permalink.