I was pretty ambitious this weekend and had gotten quite a few things done which is an awesome feeling. This weekend I went to two consignment stores that are selling my soap – one new one and one that has been doing it for about a month, visited Ma twice, did a little shopping in town, put away the rest of the Christmas ornaments (about time), started a pile for the thrift store, cleaned our bedroom, exercised (seriously about time!), mailed a Thank You card 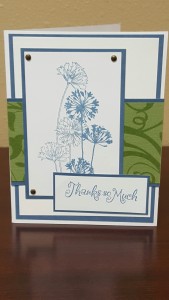 filled the refrigerator with homemade chicken soup & a pan of lasagna, worked on an a soap inventory sheet for taxes, got groceries, and started to declutter some of our stuff in the basement. So what did I do next? Well I was out perusing the internet and found a cake that I thought I should make. I mean I did exercise and everything right? So it was probably one of the easiest coffee cakes that I’ve ever made in my life and guess what? It even tasted pretty good! Here’s the recipe that I used: 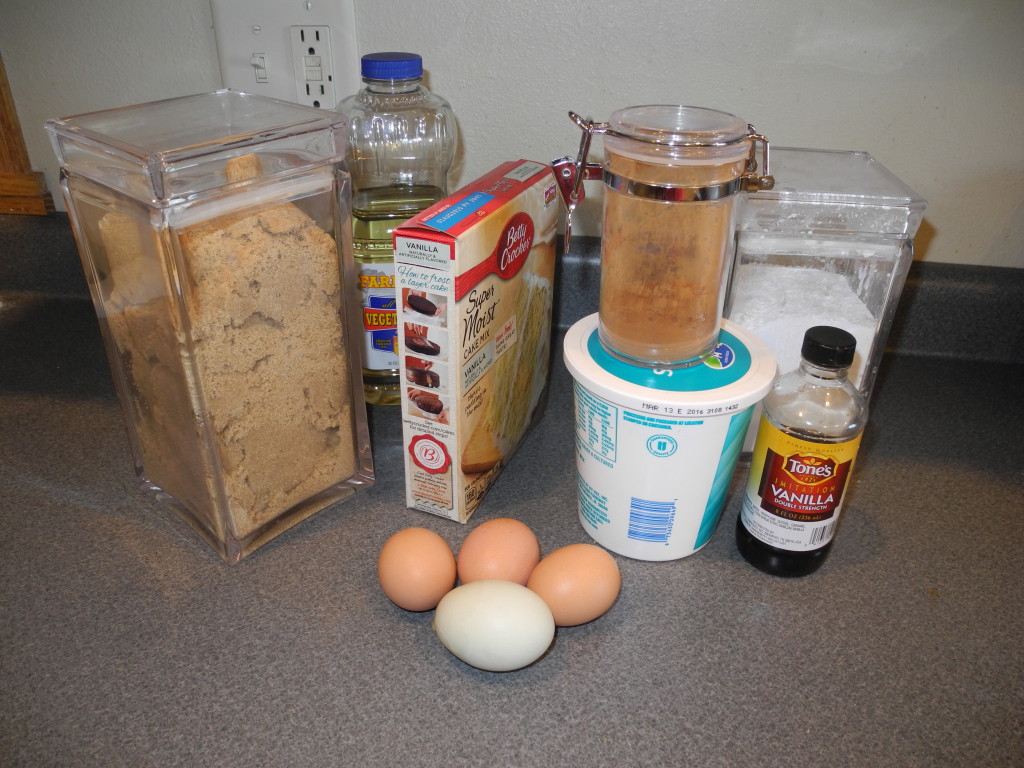 Mix the cake mix with the sour cream, eggs, and oil in a large bowl with a spoon. Don’t worry if it is a little clumpy. 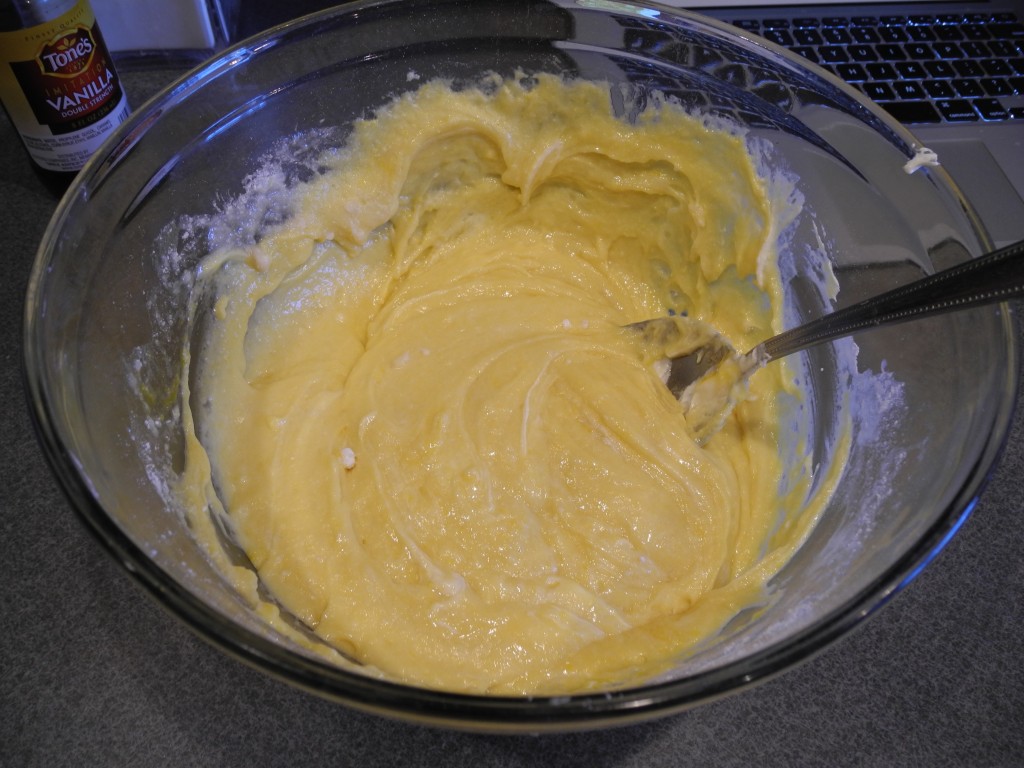 Next mix the brown sugar and cinnamon in a medium bowl until it’s mixed well together. 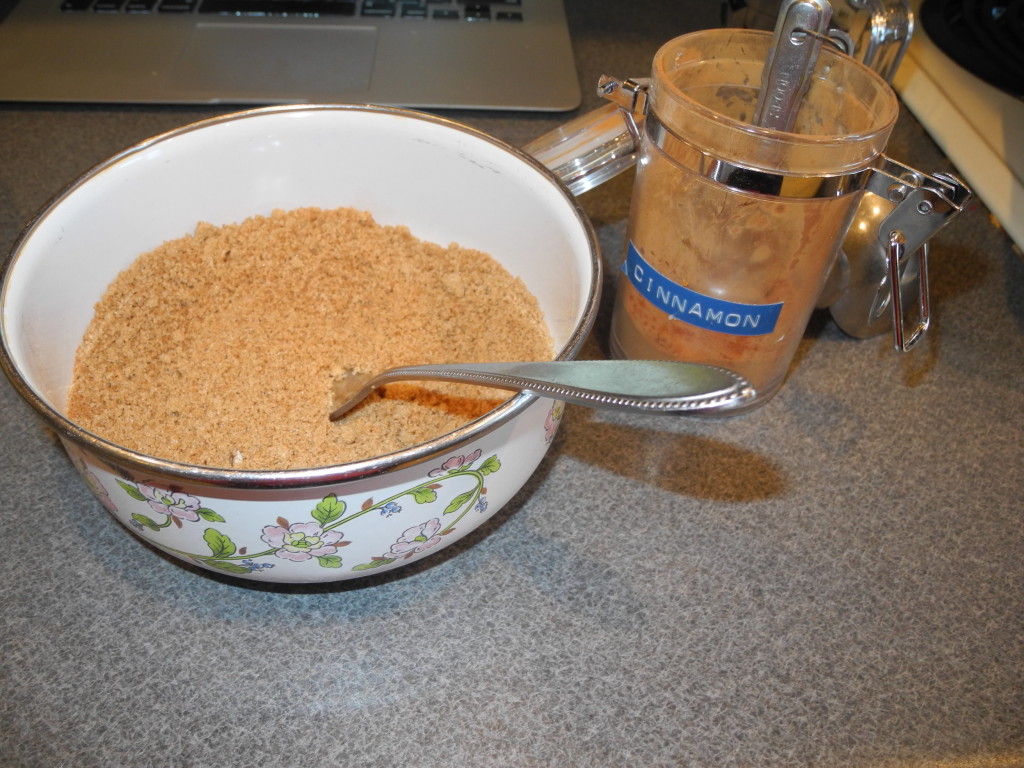 Spread this over the bottom layer in the pan. 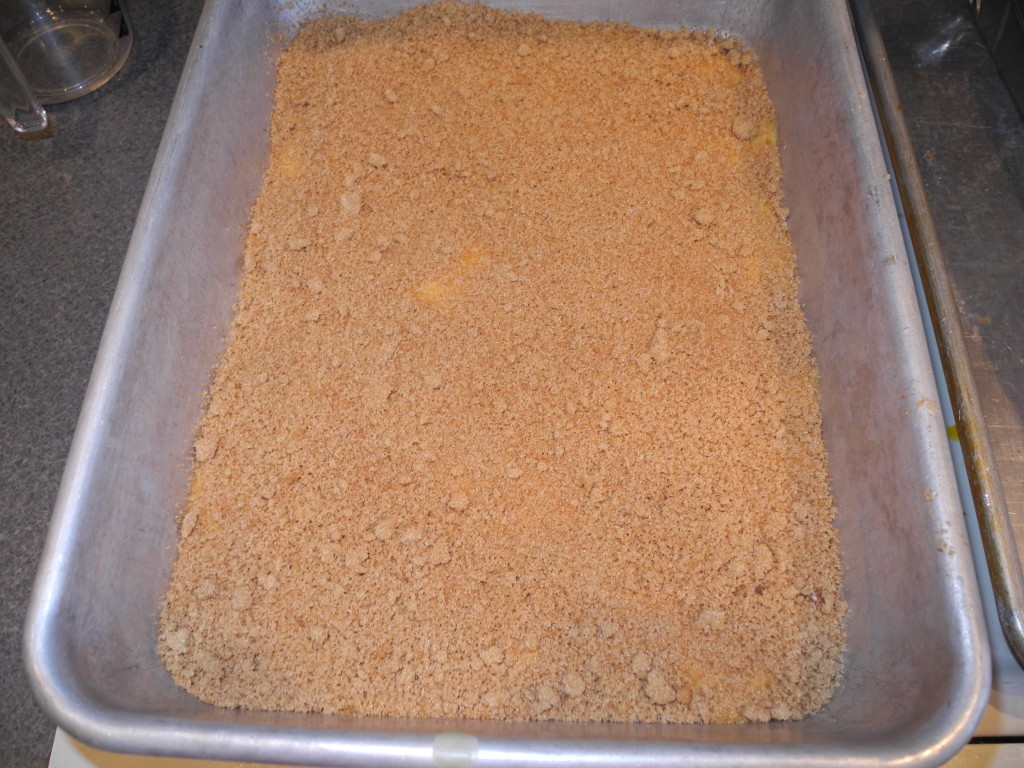 Now spread the remaining 1/2 of the batter on top of the brown sugar mixture. This got a little hard so I globbed (very technical term 🙂 )  it onto brown sugar/cinnamon 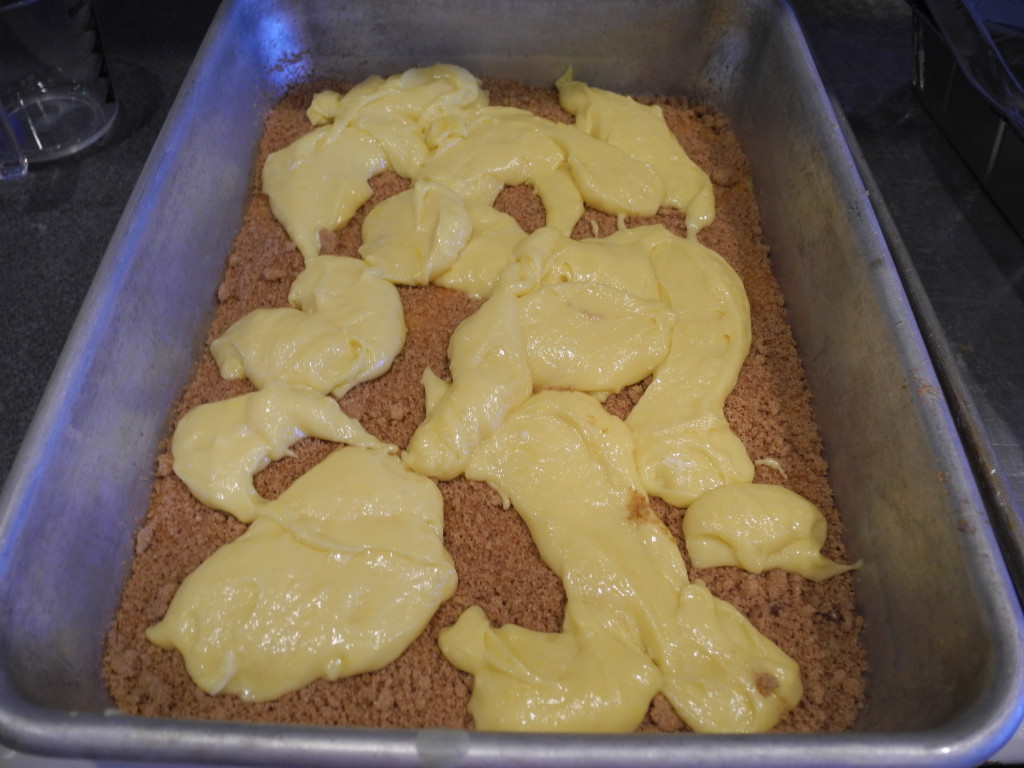 and then spread it out as good as I could. 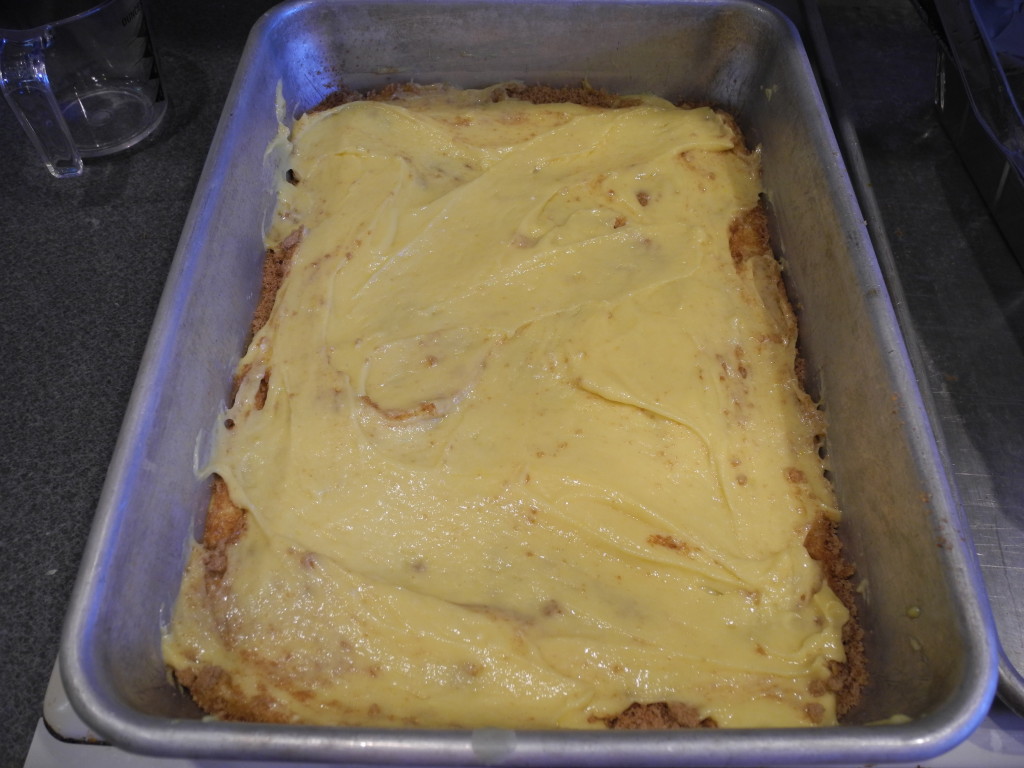 You then take a knife and twirl it through the batter. 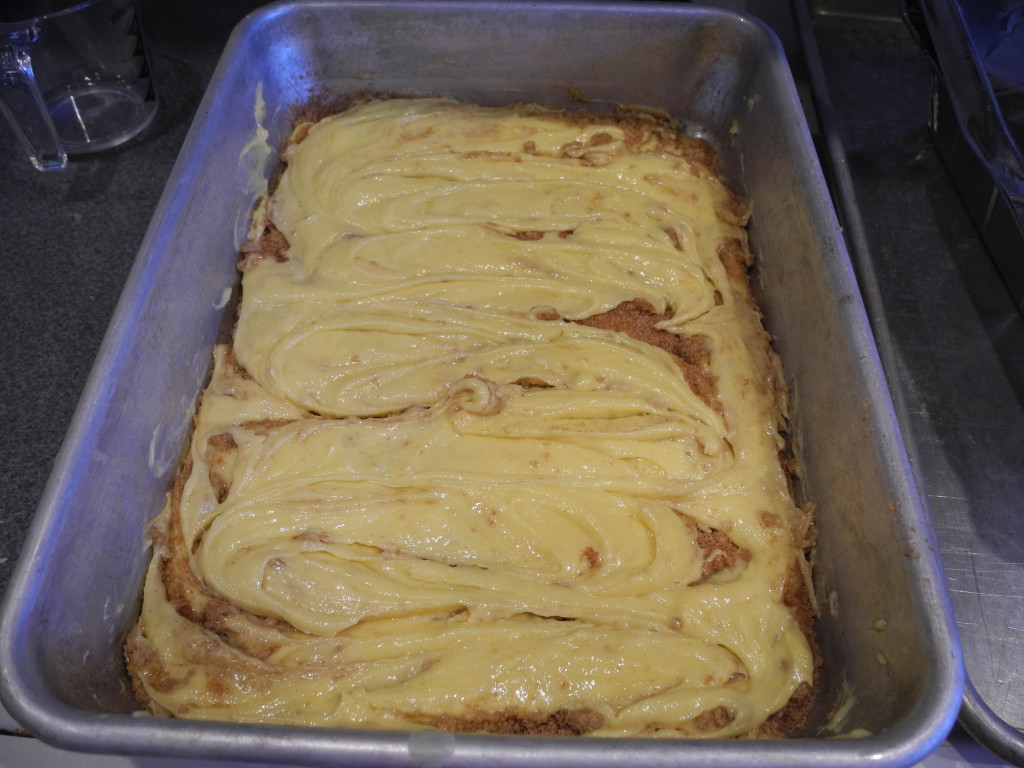 Bake for about 40 minutes or until a toothpick comes out clean. 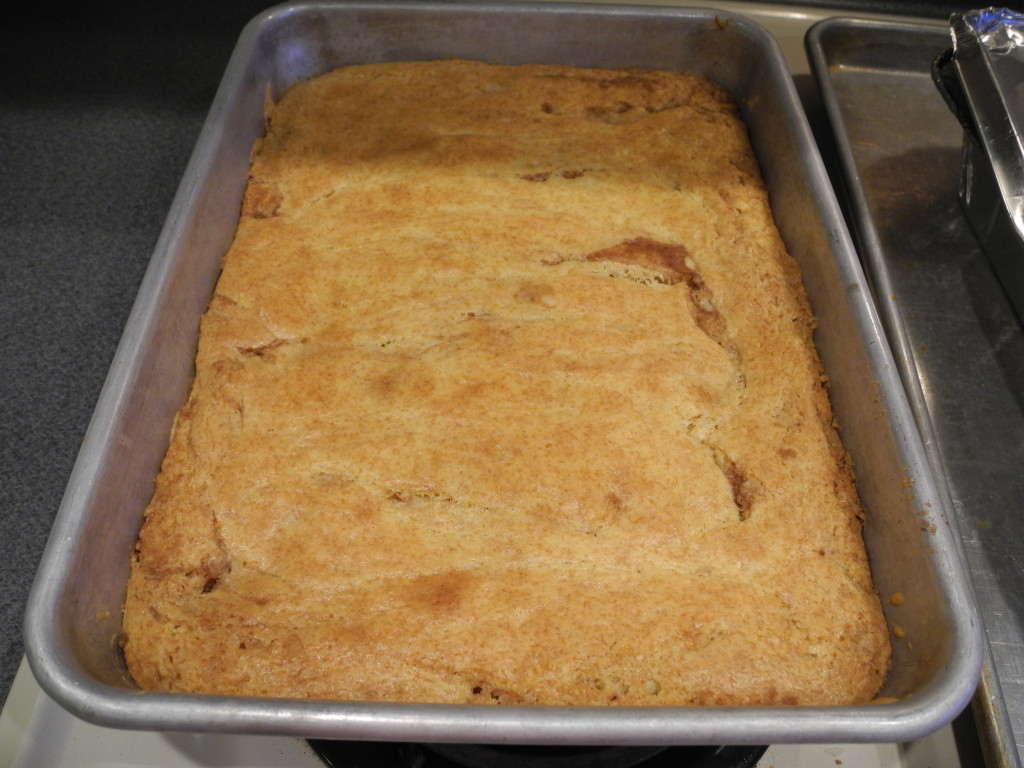 Finally mix the powdered sugar, milk, and vanilla together. 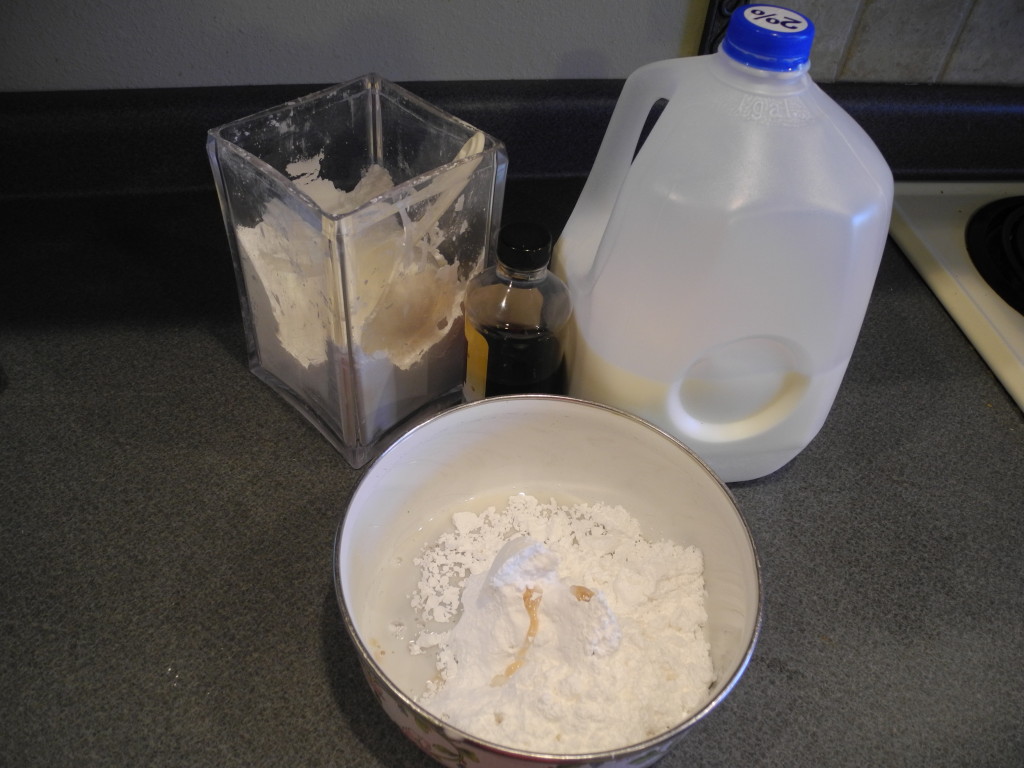 Now I added more milk to make sure that it was pretty runny. For some reason my mixture was way too stiff to pour! So I just kept adding milk until it was loose enough. When you take the cake out of the oven you immediately pour the powdered sugar mixture over it with a thin layer and let it cool. 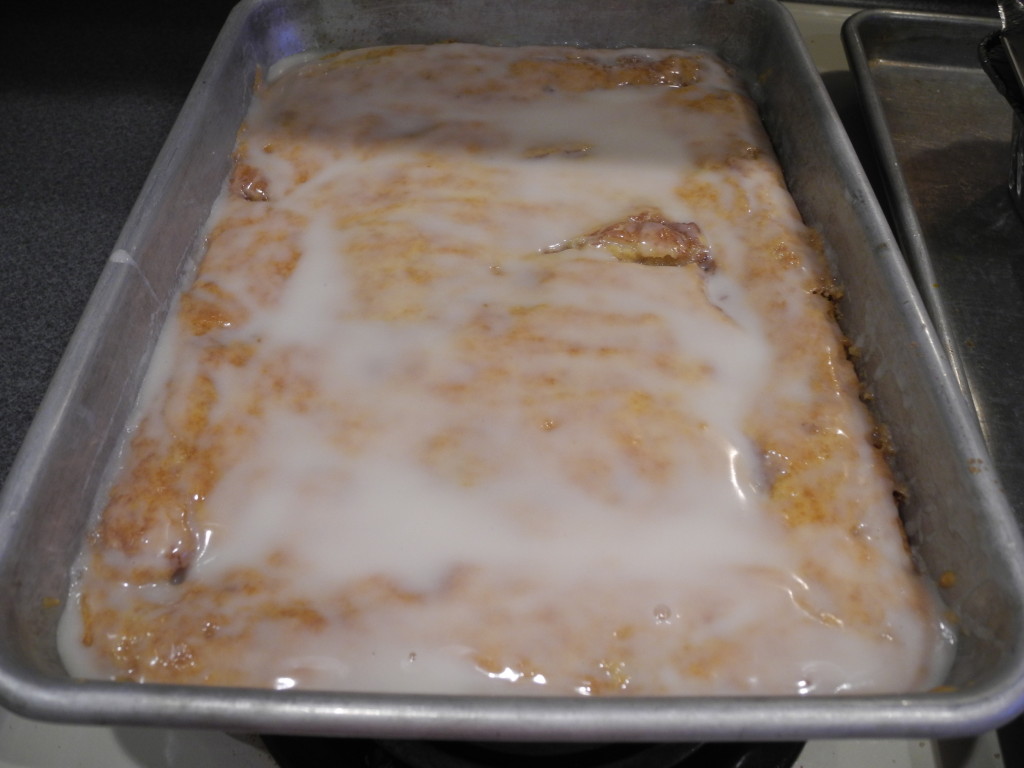 Then it looks like this and tastes even better. Seriously Easy Coffee Cake!

This entry was posted in Baking. Bookmark the permalink.