Today is Daryl’s birthday !!  Another year has gone by and it sure seems like we just celebrated his birthday not that long ago. I saw a TV show quite a few years ago that talked about time and our perception of how we feel about it as we get older. The show said that the chemicals in our brain literally changes as we age and how we feel about the amount of time in our day also changes in our brain. Well I’m just saying that my brain must be working overtime on making this chemical change because it sure seems like time is just flying by!

OK, so getting back to Daryl’s birthday. His birthday is on a Friday which is an awesome day to have a birthday isn’t it? But the unlucky part of his birthday is that he couldn’t really take a day off of work. And then after work he was going to work up some ground (I think that’s what he said). Sometimes if I’m busy I don’t pay as close as attention as I probably should! But I do know that he was out in the field after work but and that he was really late coming home. So with Card Club on Saturday night – he’ll have to celebrate his birthday then. 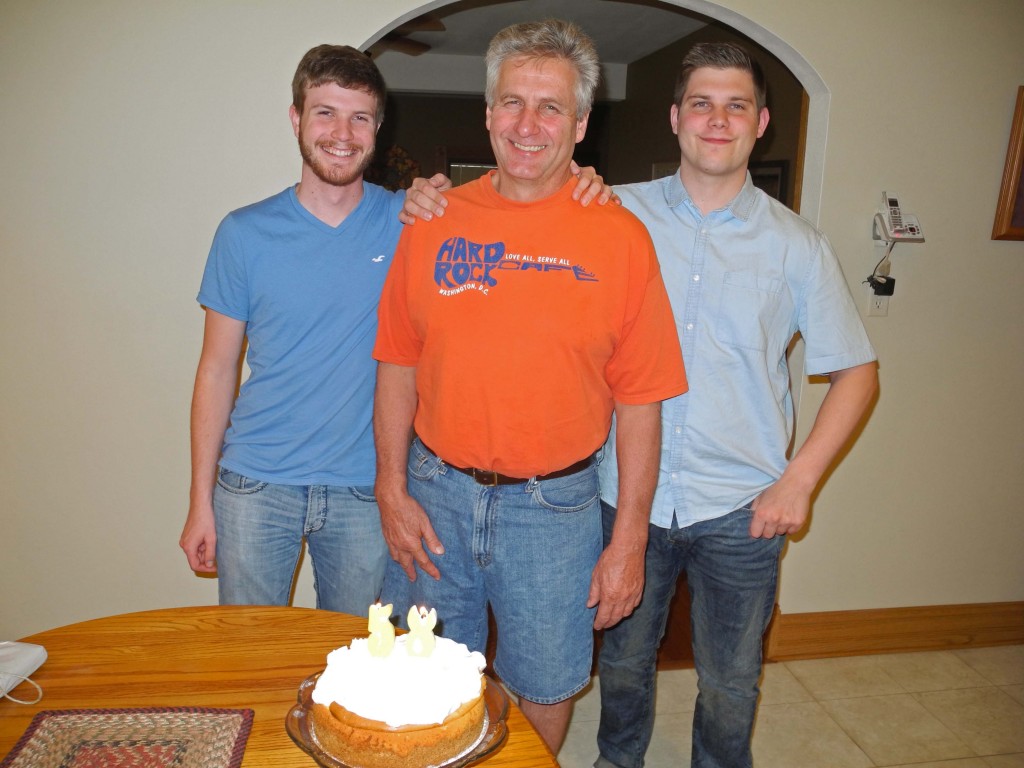 What a good looking group of guys!

As for the boys – they were able to spend the weekend with us to help celebrate and it’s really cool to have them both here. With company coming tomorrow night, I decided that instead of a birthday cake that no one will eat except for the chickens, Daryl got a cheesecake instead. Seriously, a boxed cake or a homemade cheesecake… yea, not a bad substitution if you ask me.

And for me? Well I decided to take the day off to get ready for card club. After work last night I ran quick to the home store to get the rest of the bricks that I needed to finish off the landscaping project that I started,  and then I also needed the low prizes for our card club. I had really good intentions of also picking up some groceries, but it was already 9:00  pm and with the grocery list that I had and knowing that it would take at least another 2 hours for groceries and then an hour to drive home – well getting groceries tonight just wasn’t going to happen!

So for today I ended on taking a vacation day from work and my list to do was huge! I broke the day down into 1 hour increments and then assigned a job to each time zone to make sure that I would get everything done. One of the ‘big’ jobs was to get the groceries that I didn’t get last night. Now I’m kinda regretting not having this done, but I was right about taking 2 hours in the store because that’s how long it took. And to be honest, I think I might have scared a couple of the shoppers because I might have looked like a crazy women. I didn’t want to make eye contact with anyone and was focused on the job to get out of there in 2 hours. You know what? That kinda sounds like the next vacation day I should take some time off and relax don’t you think? OK, so I figured that I would have missed something that I should have bought but with the car full and 12 lbs of cream cheese and 10 lbs of butter for my cooking this afternoon in a bag somewhere – I knew that I’d have enough stuff to get me started. I snapped a quick picture of the car when I opened it up when I got home. The worst part is to get it unloaded don’t you think? 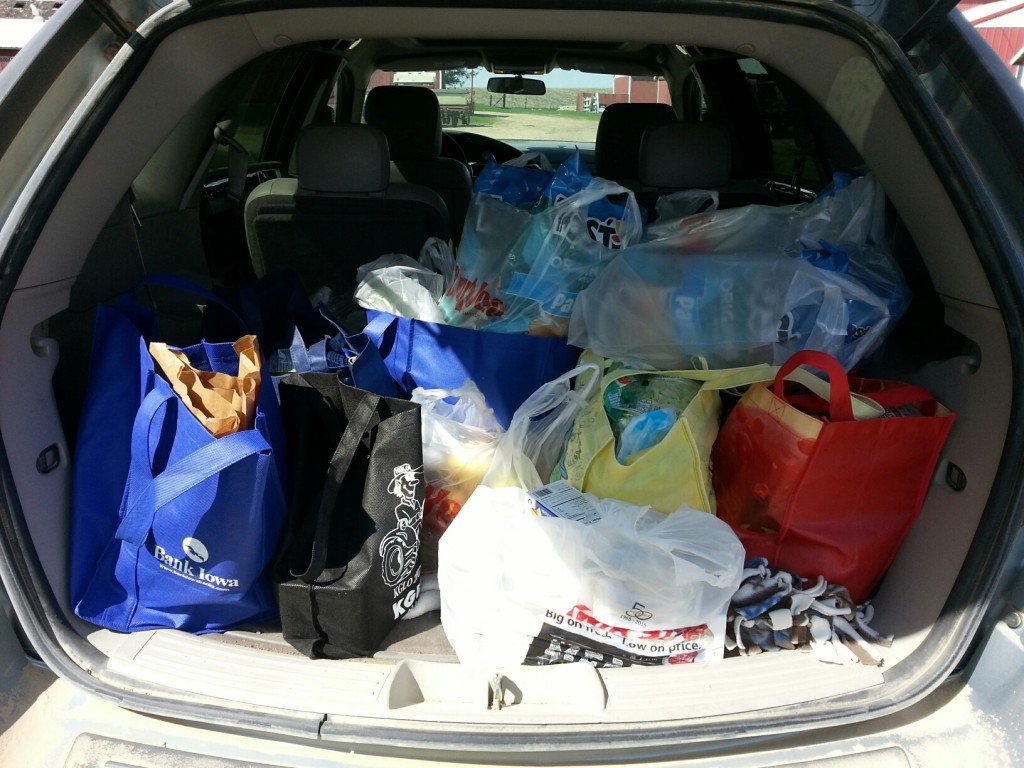 This entry was posted in Baking. Bookmark the permalink.