The weather is a changing… again!

The weather this past week has gone from really cold to fog to the high 30’s!

Let’s start with the cold weather. It was cold. I mean really cold! If you were outside longer than 15 minutes with exposed skin you had a good chance of getting frost bite. So the answer to that is to not be outside for longer than 15 minutes if you can help it! And for about a week straight even Daryl didn’t mind letting the dogs come in for hours at a time to warm up. They have learned not to make a noise and maybe we’ll forget that they are in the house. Yea like that’s going to happen! We literally have to step over them when we are walking through the living room. But it’s too cold outside and if we needed to step over the dogs.. well I guess we had to step over the dogs 🙂 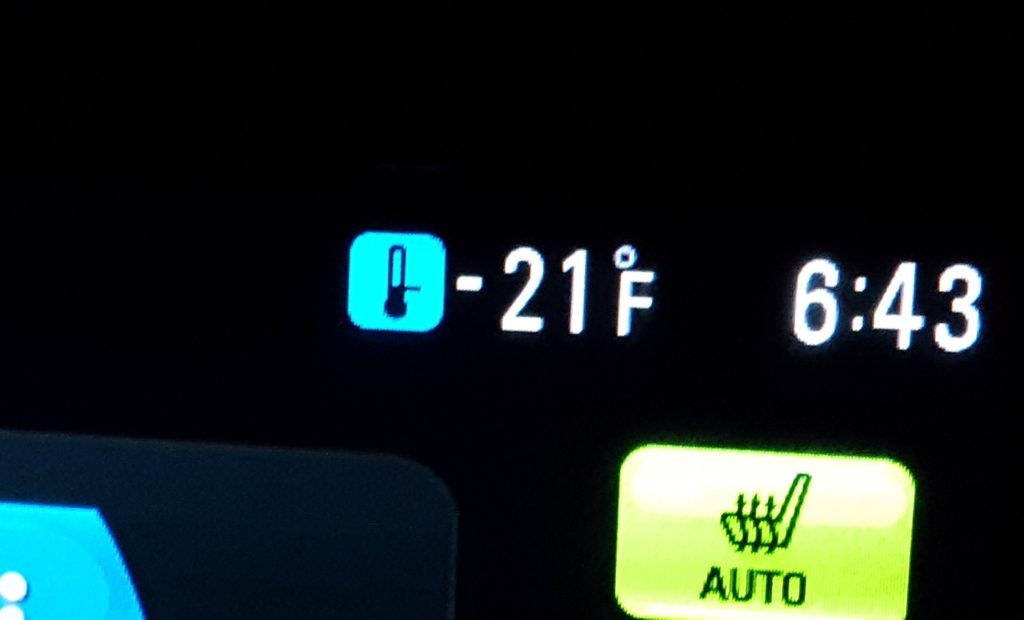 And what better way to celebrate the cold weather than to head over to Ma’s for some homemade noodle soup. SHAZAM!! Ma’s noodle soup is the best anytime of the year much less when it’s so cold outside!! 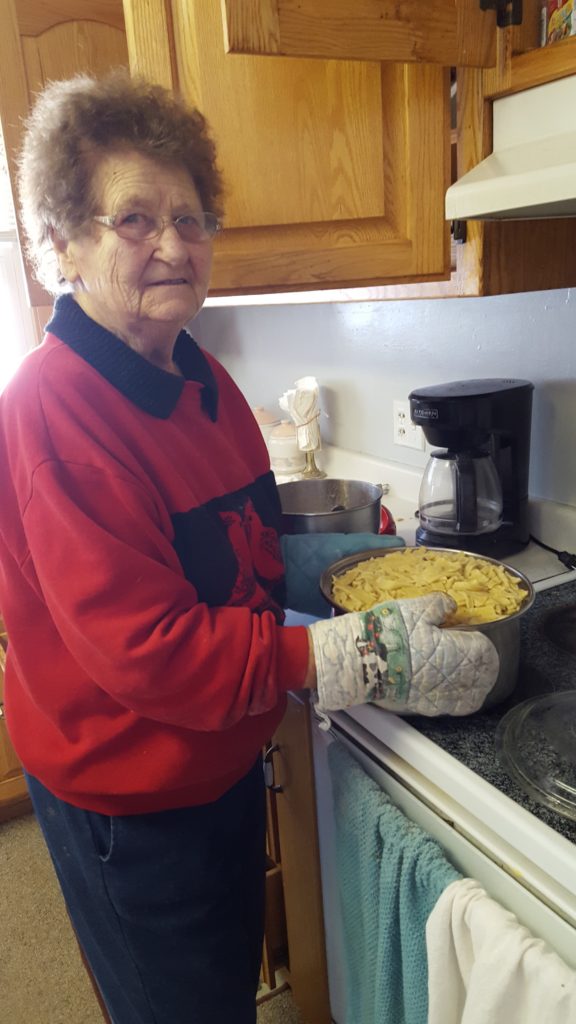 But as the week went on it started to warm up and these past few days it’s been around 37 degrees with drizzle and fog. I seriously know that it can be worse so I don’t want to complain (well too much anyway)

And Daryl started to take down some of the lights this week outside starting with the garland from the front porch. Now even though it’s something that has to be done – I’m just saying that our farm looks pretty boring without all the lights on!! I tried to concentrate on making soap while he was busy outside – but it was kinda hard with my view of him from the kitchen! 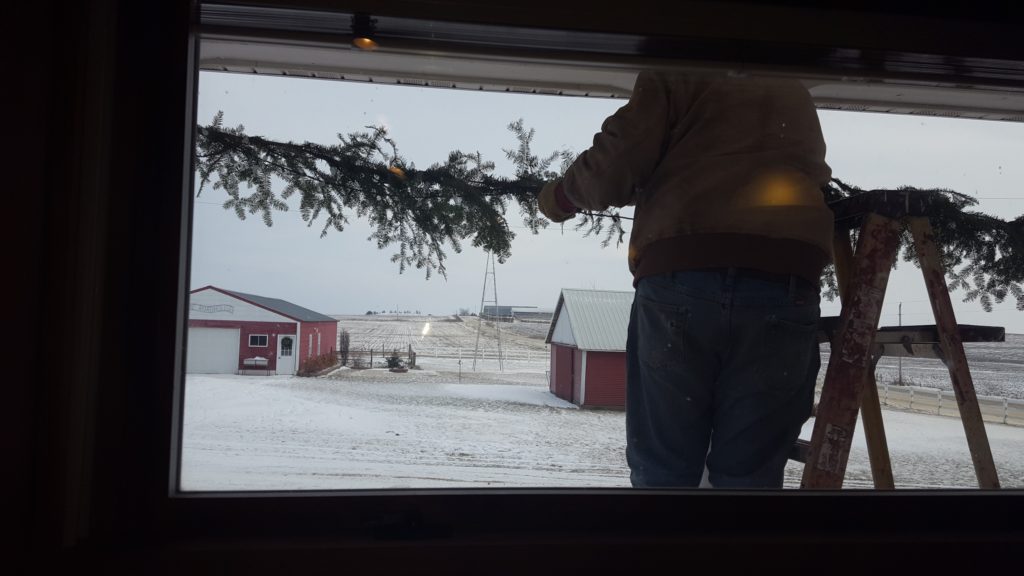 So as I look forward to seeing just what this week is going to bring, I thought of the full moon we had the other night when our lights were still lit. I found myself sitting on the couch in our living room looking out the french doors and I was reminded again just how peaceful it is here. For awhile I was thinking about moving the couch away from facing these doors – but I don’t think that’s such a great idea. Especially when you have a view like this! 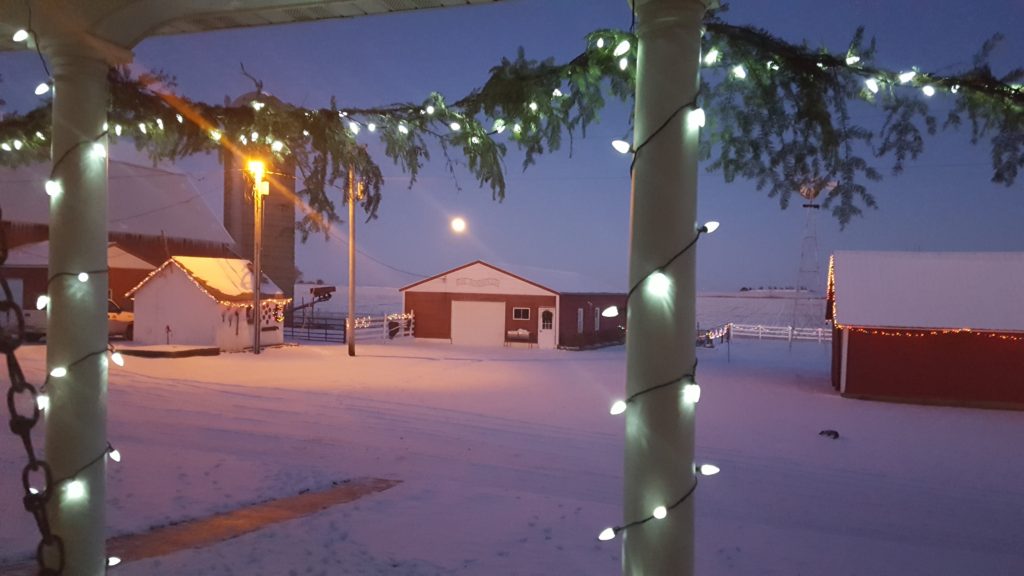 This entry was posted in Family, In the kitchen, Our dogs, Uncategorized. Bookmark the permalink.

1 Response to The weather is a changing… again!