Is there such a thing as a wrap-a-thon? If there is – well I think I’m having one this weekend.

I’m still working on getting things buttoned up (as one might say I guess if you were in England) for my upcoming show in town next weekend. And I guess you can say that I’m kind of getting pretty excited for it! But before I can have the Open House I really need to get the soap that has been curing these past couple of weeks all packaged up and ready for the display.

Now in the past I always printed my labels for the soaps at home with paper that I found at a local discount store. But when I realized the other day that the craft paper that I bought had glitter flowers and other designs on it that  just was not going to work with my project.

So instead of making the trip to the discount store to buy more, I decided to try out the local print shop that isn’t too far from our farm.

To be honest I wasn’t sure that I was going to like it so I took a sample that they had printed for me to try out the other night. Surprisingly I really did like it and when they made me enough labels to wrap around 1200 bars of soap in about 25 minutes – well I was sold on the idea!

I had to laugh because there is no way that I will need 1200 labels right? But the owner kept trying to figure out just how much soap did I have? and who was going to buy it?

Well I figured I have maybe 400 to 600 bars of soap that needs wrapping and I’m hoping that someone was going to buy it…  eventually. But I don’t think he was too sold on the idea that there are that many people out that they like soap. I think he’s wrong.

So that’s why I was wondering if there was such a word as wrap-a-thon? If not – well maybe there should be if you are a soap maker and especially if it’s a week before your show! 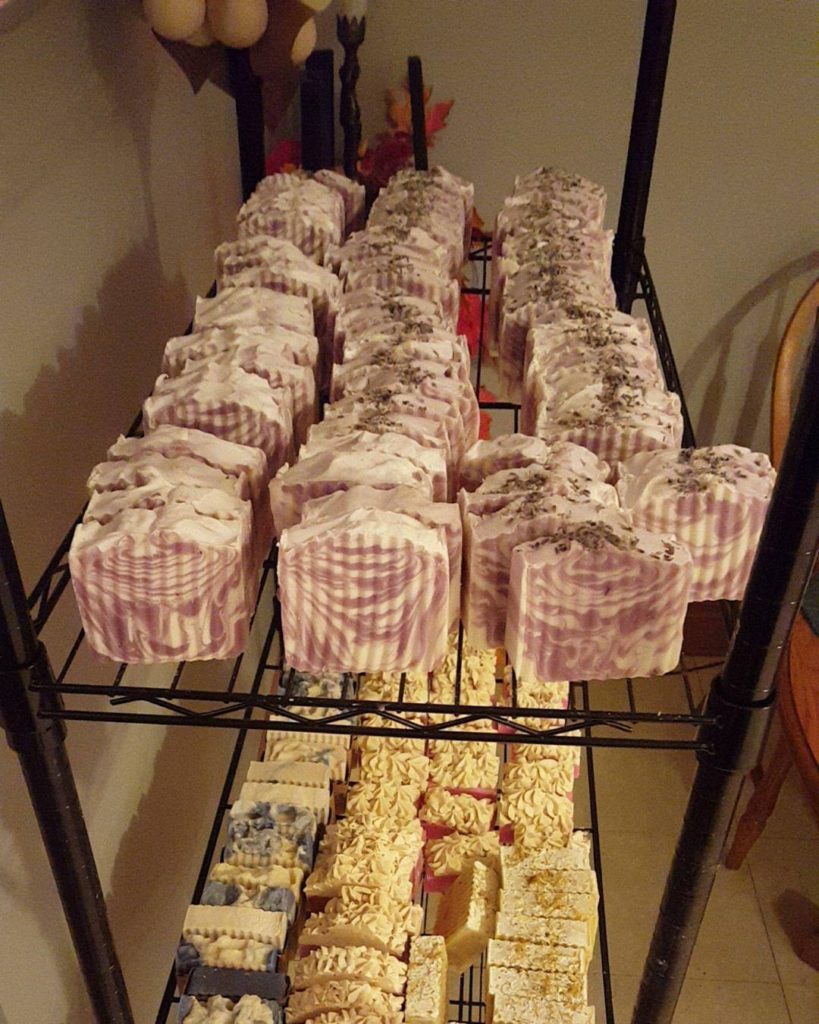