In the zone baby – in the zone!

Wow was it a busy night after work and did I get a lot done!

After doing quite a few errands after work, I finally got into our house around 5:00. Now the first thing to do was to turn on the stove so I could get supper started. But it wasn’t too much later when Daryl showed up and then I remembered that he was going to take his sister out for supper for her birthday.

Well with the stove already heating up, I decided to put a pan of scalloped potatoes in the oven anyway and we can always eat them as warm ups later this weekend.

So now that the oven was going, I decided to keep cooking and after baking a pound of bacon that would be ready for  breakfast, I then started to mix up a batch of brownies.

I was on a roll. Literally! So while I had some cinnamon rolls raising on top of the warm oven, out came the marshmallows and a pan of Rice Krispie treats were now on the counter top. And while I was getting the box of Rice Krispie’s out of the cupboard, I decided to grab a couple of boxes of Chex Mix cereal and ended up with some Puppy Chow too! Finally I chopped up some vegetables for the refrigerator, cleaned the upstairs, figured out what I was going to wear literally for the next couple of days, worked on a brochure for a committee that I’m on in our town,  and then called it a night.

It’s a good thing that we’re headed down for a visit to William and Jude’s this weekend. I’m thinking that I kind of overdone the food thing tonight 🙂 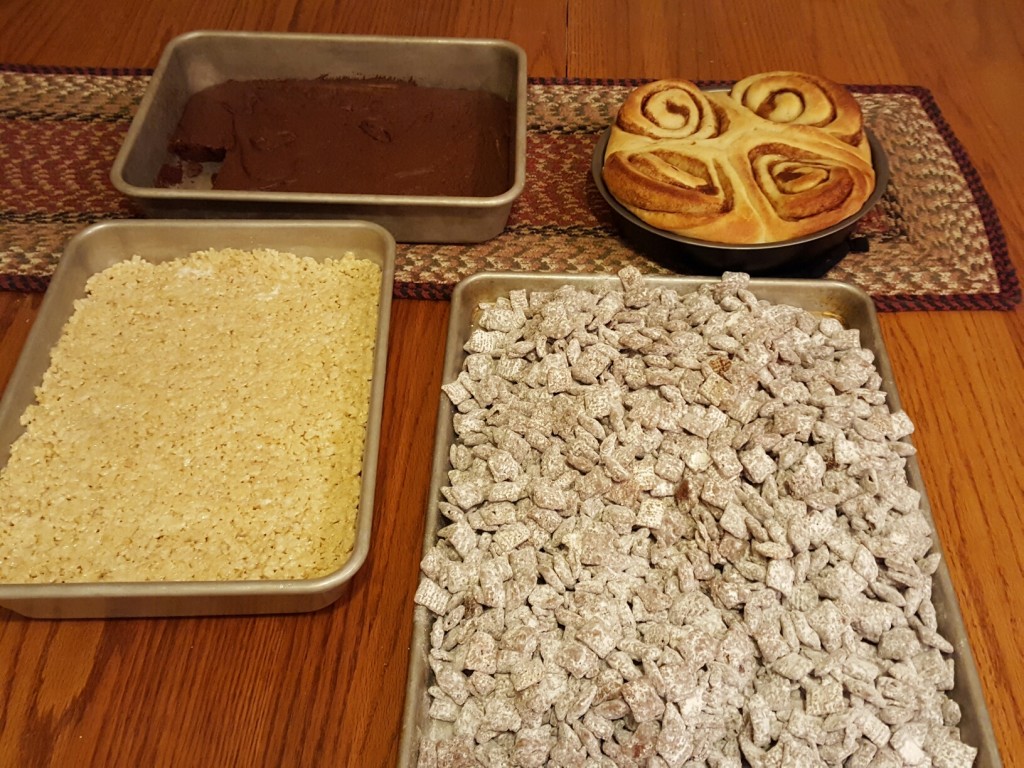 I still need to frost the cinnamon rolls in the morning

And look at my two helpers in the kitchen. They were supposed to be sleeping on the blanket in the living room, but I think they could smell the bacon so they wanted to stay close to the action in the kitchen. Do you have any idea how many times I had to step over these dogs tonight? A lot! 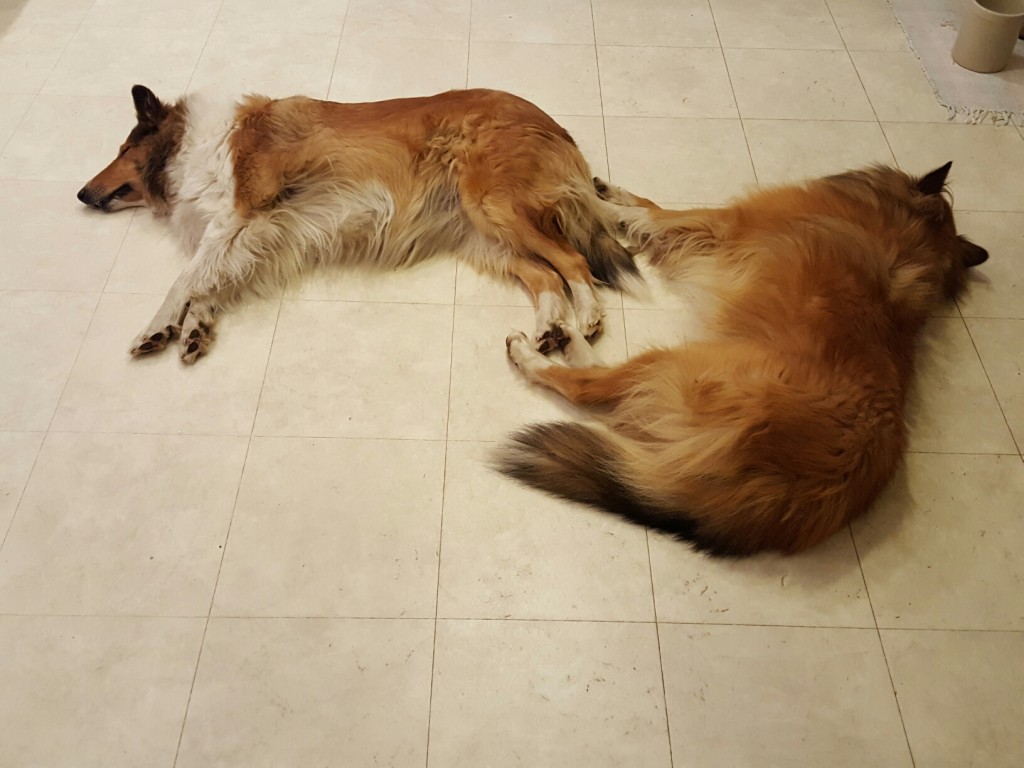 This entry was posted in In the kitchen, Our dogs. Bookmark the permalink.

2 Responses to In the zone baby – in the zone!