Snow of the Robins’ tail

I can’t believe how many people haven’t heard of this old saying.

The saying goes : Spring will come when it snows on the Robins’ tail 3 times. So what that means is that once the Robin comes back, it will snow three times and then the winter will be all over.

So it’s snowed twice so far since the Robins been back and all we have to wait for is one more time. I decided after work to grab my camera and try to take a picture of one of these Robins. Yea.. no luck with me trying to find one.

But since I was outside just kinda hanging out, I decided to look for my Wednesday’s Mystery photo. I thought I had the perfect picture. I was hoovering down by the cow yard and just feeding apples to the cows and was ready to shoot the picture. I wanted to get a picture of the cows teeth. Now about now I’m guessing you’re thinking to yourself – WOW that is a great idea!! Well, not so great. This was my first picture.. no teeth – but not a bad picture anyway of No Ears. 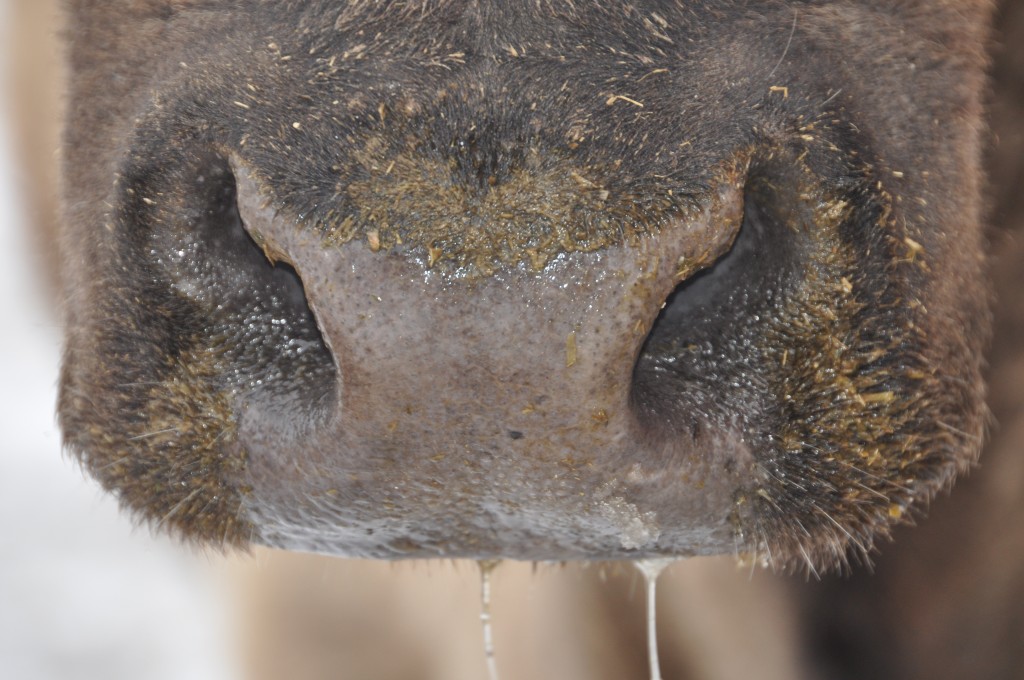 Then all of a sudden I wasn’t sure what was going on and then saw this coming at me!! Yea.. so this is my next picture.

Sassy licking my camera and she really caught me off guard!

It’s a picture of Sassy getting wayyyyyy  too close to my camera. Seriously who has cows lick their cameras? Well other than me of course!! And to top it off, I looked at my lens after it was invaded and had a lot of chewed hay to go with the friendly lick. Too funny!!

Since my picture taking tonight doesn’t include any Robins, I quick snapped this picture from our living room.

It’s a picture to show that snow is on the horizon for tonight. Well at least it’ll be the 3rd snow for the Spring.  Now where is a Robin so he get’s his tail out here !